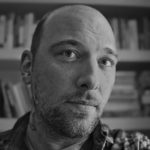 President Joe Biden’s lax immigration policies may be resulting in a massive surge of illegal immigrants entering the country, but it turns out the president is quite hawkish when it comes to preventing legal border crossings.

The Department of Homeland Security and several states along the southern border now face an uncertain economic future as Biden is refusing to allow legal tourists to enter the nation from Mexico and did not approve any additional funding for DHS for the upcoming year, according to a Fox News report.

DHS normally receives funding from user fees paid for by legal border-crossers, according to Roll Call, meaning the department has been starkly affected by Biden’s refusal to allow legal tourism to resume.

A brief on the situation by Rice University’s Baker Institute for Public Policy also found that Biden’s continued barring of legal border crossings will have disastrous effects for the economies of border counties, particularly in Texas, where a disaster was recently declared in response to the flood of illegal immigrants and associated violence and vandalism.

“The retail and hospitality sectors have been hit hard by the current ban on non-essential travel meant to contain the spread of the virus,” the brief stated. “This restriction has meant losses for these counties, as Mexican tourists and shoppers are unable to cross the border to buy goods and services. Mexican tourists and shoppers are a key component of these economies, and without them, the losses are likely to be unprecedented, causing an estimated reduction of nearly $4.9 billion in the GDP of these border counties (representing 6.1% of their total GDP).”

This means that, even as Biden is allegedly resettling illegal immigrants across the country at taxpayer expense, he is also refusing to allow legal tourists to come into the country and spend their money in tourist-dependent economies throughout the border states.

How’s that for mixed-up priorities?

The crisis at the southern border is undeniable. It is so severe, in fact, that Vice President Kamala Harris is deliberately downplaying her role as border czar because of the atrocities the role is necessarily associated with.

Whether it be the rampant child abuse, record-breaking fentanyl seizures, inhumane cases of human smuggling or the many instances of sexual predators commingling with other migrants, Biden’s failure to do anything to secure the border from illegal crossings has cost America dearly in terms of both money and morality.

And yet, the president proves capable enough of utterly decimating the economies of American communities by enforcing unnecessary and scientifically dubious measures to prevent legal tourism, all in an effort to placate the COVID-19 doomsday cult.

This is despite a bipartisan letter signed by numerous lawmakers representing the affected counties, telling the president, “The health and safety of these communities, whether within or beyond the border, are of utmost importance to us. As the Centers for Disease Control and Prevention updates their guidance to support increased allowable activities, we now believe it is appropriate for the stringent restrictions to be reassessed to determine if the closures should be lifted.”

It is also despite another bipartisan letter signed by other lawmakers, pleading with the secretary of Homeland Security to “commit to a plan, benchmarks, and timeline for removing the restrictions to non-essential traffic through [land ports of entry].”

So what’s the deal? Why is the president allowing thousands upon thousands of illegal migrants to swarm the border while simultaneously pressing a boot to the neck of struggling border communities?

Why are California, Texas and Arizona all allowed to suffer massive economic losses due to Biden’s continued travel restrictions, even as the president refrains from requiring illegal border-crossers to be tested for COVID-19?

Revealed: The Way a Smuggler Made Biden’s Border Patrol Give Him Free Rides to the Border

Is this an act of arbitrary tyranny? Or is it just the noncommittal tyranny of Biden’s typical absenteeism?

Alas, given Biden’s continued failure to visit the border or make anything resembling a meaningful policy proposal with regard to the border crisis, it appears that the answer may just be good old-fashioned incompetence.

What is certain is that Biden’s border policies are no longer limited to failures of security, but also failures of legal immigration, tourism and economics. His administration’s arbitrary rules are costing Americans billions even as people with no right to live here profit.

Something needs to change, and soon, lest Biden’s myriad crises spiral past the point of no return. 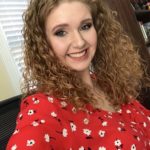 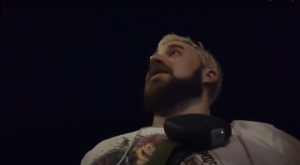 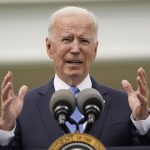 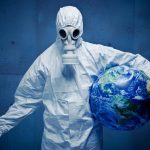 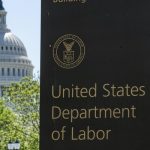