Rep. Salud Carbajal (D-Santa Barbara) has tested positive for the coronavirus as an outbreak centered on the White House and Capitol Hill continues to widen.

Carbajal announced Monday that he had been exposed to an infected person, but an initial test came back negative. That person appears to have been Sen. Mike Lee (R-Utah), who said Friday that he had the virus.

Carbajal had recently interacted with Lee a few times in passing, according to Carbajal’s office.

After experiencing mild symptoms, Carbajal got tested again on Tuesday, this time with a positive result. In a written statement, he pledged to quarantine for 14 days and to work from home in Washington, D.C.

“I hope this serves as a reminder of how easily this virus can spread. I followed every precaution, including wearing a mask, social distancing, and hand-washing and unfortunately was still exposed,” Carbajal said in the statement. “It is incumbent on every single one of us to take careful precautions in order to protect the health and safety of those around us.”

Most members of Carbajal’s staff were already working remotely. Those he saw in person have tested negative “or are pursuing a test,” according to the statement.

Carbajal joins more than 30 officials in Washington, including President Trump, who have been infected with the coronavirus. Most are Republicans.

Lee was among more than 100 people who attended the announcement of Judge Amy Coney Barrett’s Supreme Court nomination in the White House Rose Garden almost two weeks ago. A video widely circulated on social media shows Lee, who is not wearing a mask, hugging people. 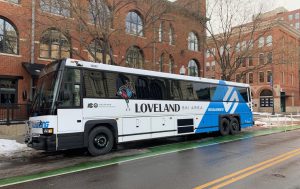 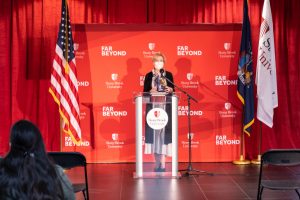