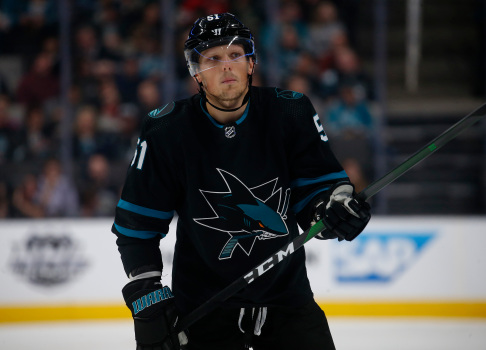 San Jose Sharks defenseman Radim Simek said Monday he is still being hampered at times by in his surgically-repaired right knee, raising questions about whether he will be available to play in the team’s season-opener in 10 days.

Simek, who signed a four-year contract extension with the Sharks in March, said he began to be bothered by the knee shortly after he started to skate again in May or June in his native Czech Republic.

“I did nothing wrong, and my knee was starting to hurt again,” Simek said. “I’m trying to do my best (in practice), but sometimes it’s so hard for me.

“I’m sad sometimes about my knee, because I’m trying to do the best every day, and sometimes I cannot do the best. So, I have to keep working, and we’ll see what happens.”

“We’ve had a heavy workload the last four days on the ice and everyone is dealing with some muscle soreness of some kind as we get back,” Boughner said in an email relayed to reporters though a team spokesman. “Nothing nagging.”

Still, it remains concerning that Simek, 28, is still having issues with the knee after a nearly 10-month offseason, with the question lingering about whether he will continued to be bothered by it for the next few months.

Brent Burns, Simek’s partner for fhe first three days of camp and for portions of the last two years, was in the same group as Mario Ferraro, who could be in line for a bigger role with the Sharks this season.

“I was fighting during the summer with the knee again. I don’t know why and what happened, but I’m still working on my knee,” Simek said. “Hopefully, I’m going to be ready for the start of the season.”

Simek, a left shot defenseman, suffered a torn anterior cruciate and medial collateral ligaments in his knee in March 2019 in a game against the Winnipeg Jets. Simek, who also damaged his meniscus in the accident, missed the rest of the 2018-19 season and the Sharks’ playoff run to the Western Conference final.

Simek returned to the Sharks’ lineup Nov. 5 of the 2019-2020 season and played 16 games until Dec. 7. Then he had to sit out seven games to have a procedure done to alleviate the irritation in his knee that was related to his meniscus. Simek returned to play the final 32 games of the season.

Simek was able to do more weight training with the knee this offseason than in 2019.

“I did start this summer, more weights and heavy weights, and probably it was problem for my knee,” Simek said.

Boughner said Simek is slated to practice Tuesday before the team has a day off Wednesday.

“Like any player we will keep an eye on him and monitor how everyone feels each day,” Boughner said.

Simek has proven to be a difference-maker for the Sharks when he’s been healthy.

Simek has been Burns’ main defense partner since he was first inserted into the Sharks’ lineup in Dec. 2018. He impressed the Sharks with his steady play and his physical presence. He played 41 games in 2018-19, finishing with nine points and averaging over 15 minutes of ice time per game.

Simek had nine points in 48 games last season as he averaged over 17 minutes per game. 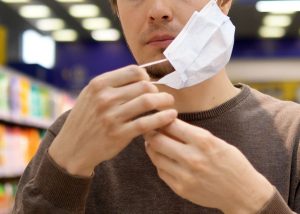 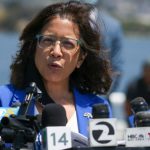 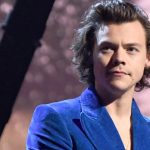 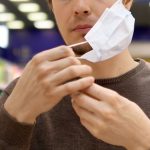