Civil UnrestMainstream News
5 Nov at 9:11 am 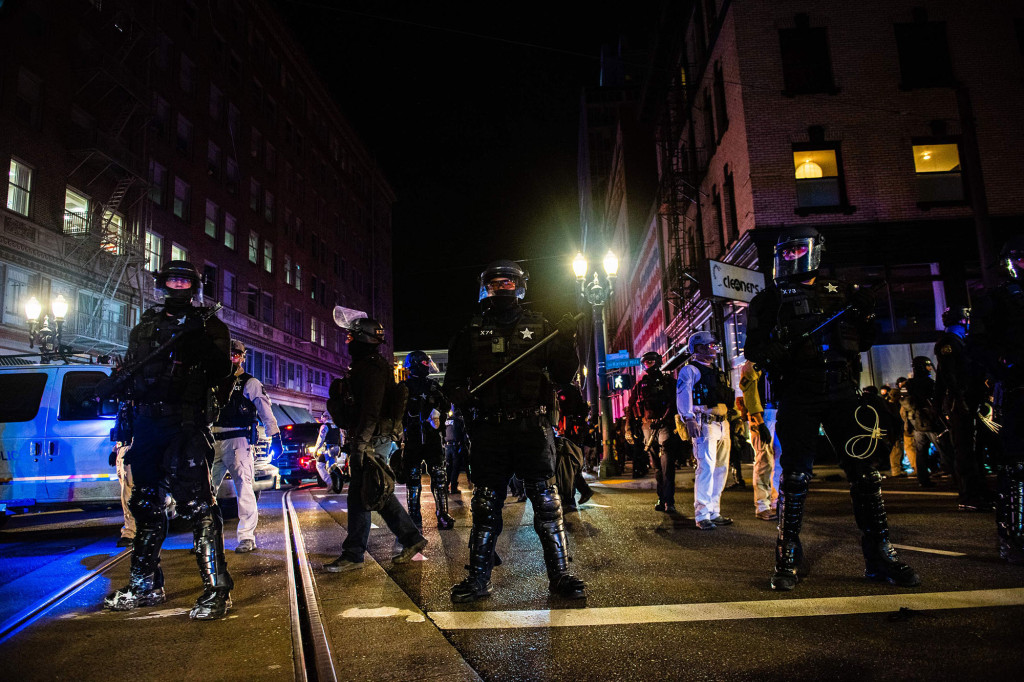 Rioters in Portland smashed up a local church that helps the homeless and mentally ill — as well as a feminist and LBTQ-friendly fashion store.

“Saint Andre Bessette Church is one of the many buildings that had their windows broken out during this evening’s riot,” Multnomah County Sheriff’s Office tweeted early Thursday.

“This organization helps those who are homeless, experiencing poverty, mental health issues and substance abuse,” the force said.

Photos showed all the windows in a row of doors smashed at the church, while Fox12 Oregon reporter Brenna Kelly filmed the smashed-up church with loud chants of “black lives matter!” still in the background.

Other images showed a row of stores smashed-up downtown — including Wolfgang, a feminist and LBGTQ-friendly that advocates for reproductive rights and immigration, according to Willamette Week, which said it sells shirts reading “wild feminist” as well as androgynous jumpsuits.

Other businesses were hurt while struggling to survive during the huge hit to business from the coronavirus pandemic.

“Portland, Oregon restaurants are just trying to survive right now — we don’t need this at all,” one restauranteur told KOIN6 while surveying the damage to his business. “I don’t know why they did this to us.” 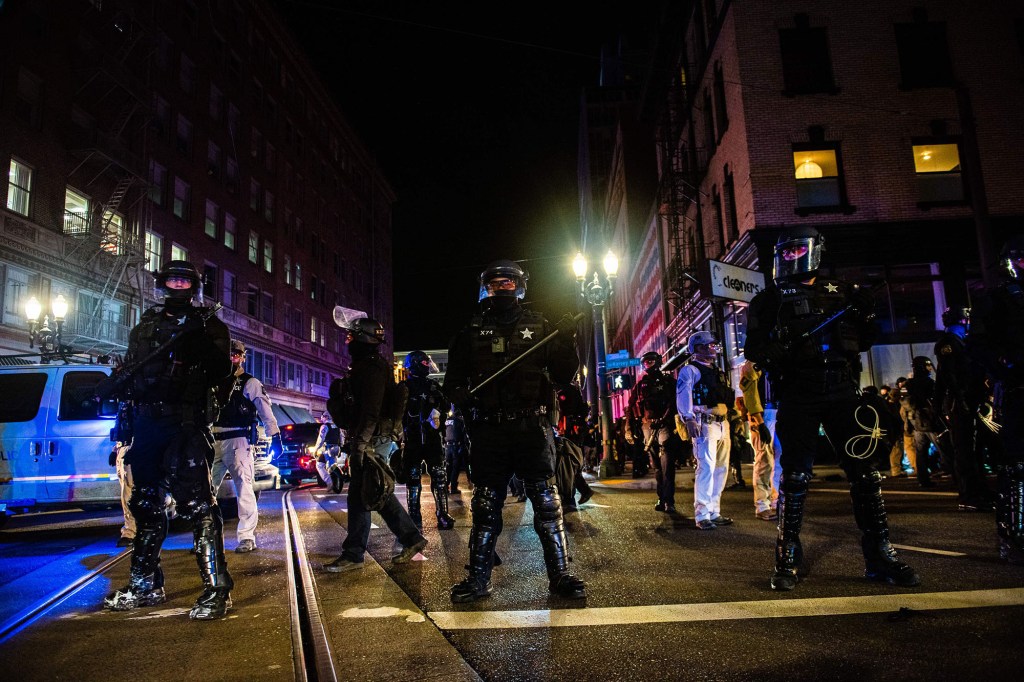 Oregon State Troopers block a street as they confront protesters in Portland, Oregon. 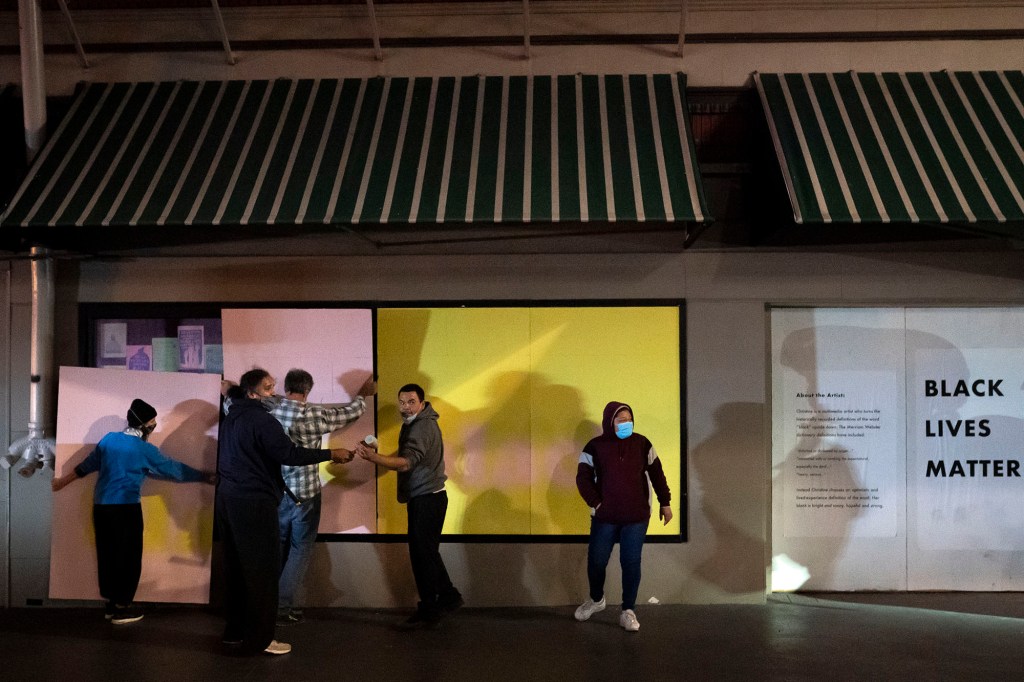 People cover the windows of a downtown business in plywood in Portland, Oregon. 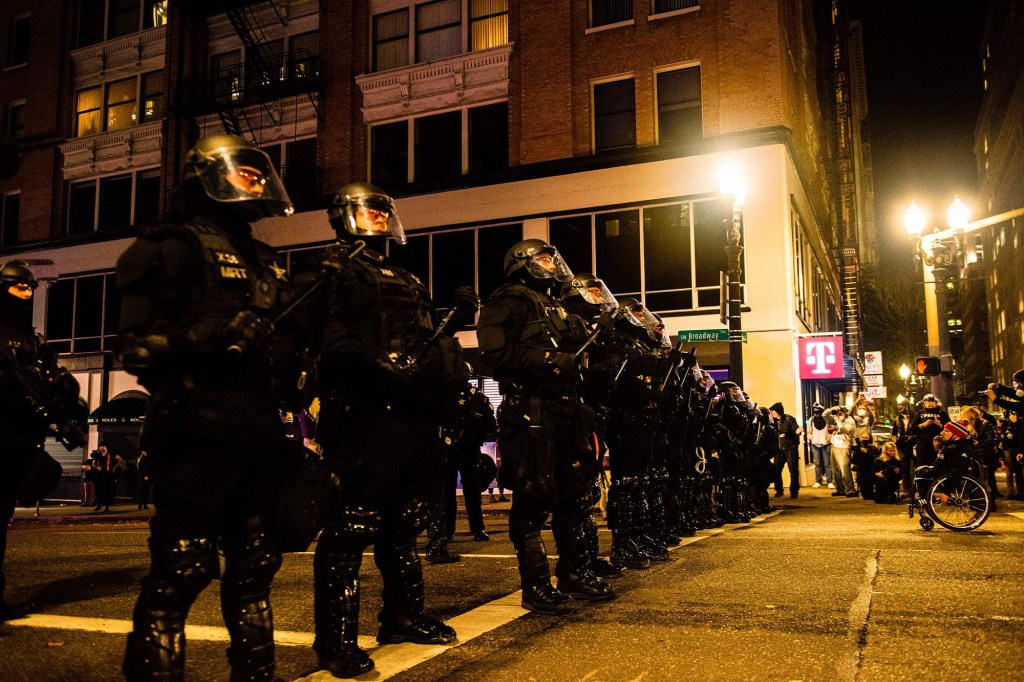 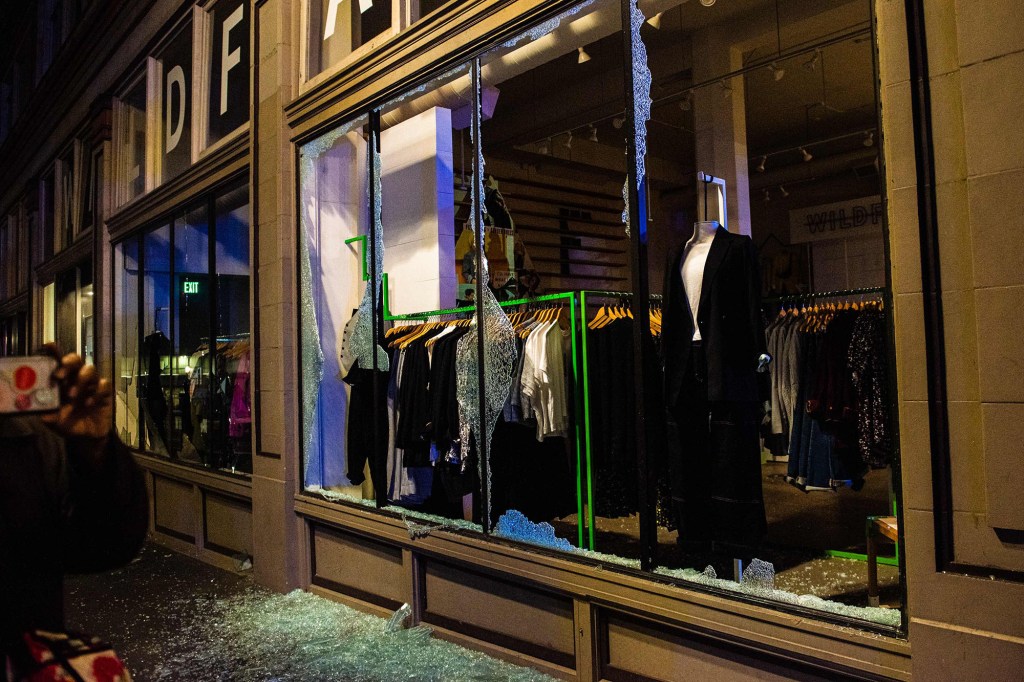 A clothing store is vandalized as police confront protesters in Portland, Oregon.

Nancy Pelosi is facing a Democratic reckoning as voters and…

Many noted the irony of the church and business being damaged given the protesters’ messages of unity.

“Is this before or after they were chanting ‘this is what community looks like!’” one person tweeted sarcastically.

The vandalism came on a night when the National Guard was called in for the first time as an estimated 600 people took to the streets and at least 11 were arrested. 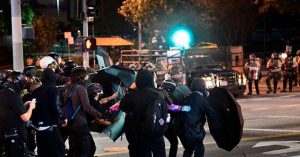 REPORT: 'Pigs Are Pigs, We F*ck Your Wife,” Protesters Shout at LA Cops 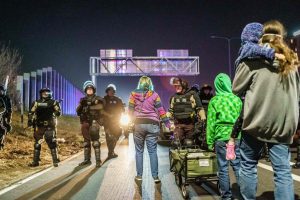 Minneapolis protesters start dance party while waiting to be arrested 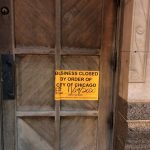 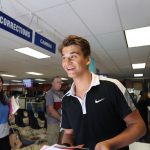