Alternative NewsCivil Unrest
19 Jul at 10:58 am 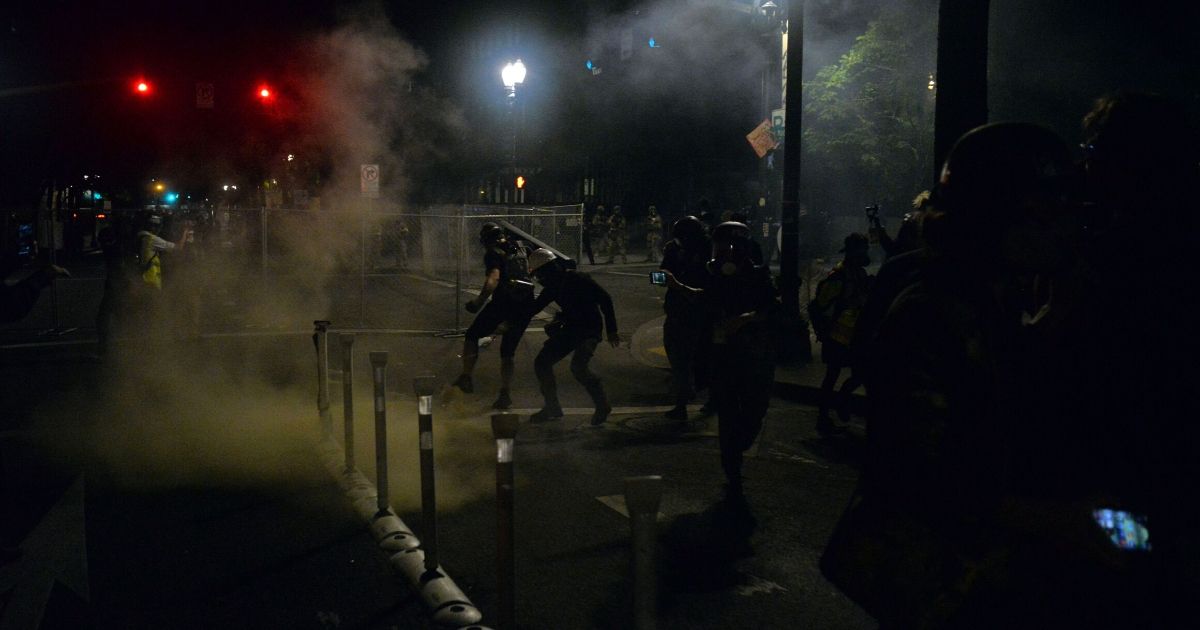 With 55 days of civil unrest now separating the nation from the tragic death of George Floyd, it seems the metaphorical “days without an incident” counter is stuck at zero.

Floyd died on May 25, shortly after a Minneapolis police officer knelt on his neck for nearly nine minutes during a routine arrest, sparking a resurgence of, at times violent, Black Lives Matter demonstrations nationwide.

Nowhere have those demonstrations seemed to destroy more or last longer than in Portland, Oregon — where widespread protests began just four days after Floyd’s death and have not stopped.

As of July 7, The Oregonian reported, protest-related violence had done roughly $300,000 worth of damage to public buildings and a staggering $4.8 million more to private businesses.

On Thursday night, protesters seemed intent on increasing those numbers as hundreds surrounded the Portland Police Bureau’s East Precinct, blocking traffic and issuing calls to burn down the building, according to KPTV.

The sizable group had gathered at a local park during the early evening before its march on the precinct. Early interactions with law enforcement reportedly were tense but peaceful, as protesters played loud music and demonstrated under public Portland Police Department warnings to remain peaceful.

“We have heard chants stating the crowd around Southeast Precinct wants to enter the property and burn down the precinct,” the Portland PD tweeted, adding: “You are subject to arrest and use of force including crowd control munitions if you enter the property.”

“We have also heard your requests for additional reinforcements. If you are a peaceful protester, we are asking you to leave,” the police wrote.

Antifa extremists throw smoke bombs and explosive fireworks in the street during the 50th night of violent Portland protests against the state. Video by @FromKalen: pic.twitter.com/xD0qNg1F6S

Should federal authorities step in to stop the lawlessness?

The 50th day of violent protests in Portland.

Of course, the not-so-merry band of left-wing fools — likely less concerned at this point with the death of George Floyd than with enjoying an opportunity at lawlessness — could not help themselves. Demonstrators eventually did begin amassing on precinct property, shining lasers on responding officers and creating a small fire in the street.

“There is criminal activity occurring in the crowd at Southeast Precinct. The activity is effecting the safety of others. This event is now deemed an unlawful assembly. Disperse to the south and west now. Failure to comply with this order will subject you to arrest or use of force,” law enforcement responded.

RELATED: Police Describe How ‘Victim Three’ Turned Tables on Gunman with a Firearm of His Own

Several “targeted arrests” eventually were made shortly before midnight, and the crowd was forcibly dispersed.

The incident was not isolated, however, with another large band of lawless demonstrators continuing a weeks-long effort to deface and destroy the city’s federal courthouse. According to social media sources on the ground, the now-barricaded property was subject to numerous attempts at forced entry. Demonstrators also shot explosive fireworks into the building from the outside.

Acting Homeland Security Secretary Chad Wolf lambasted local leadership over the violent and destructive displays Thursday, releasing a detailed timeline of the demonstrations and demanding order be restored in the city.

“The city of Portland has been under siege for 47 straight days by a violent mob while local political leaders refuse to restore order to protect their city,” Wolf said. “Each night, lawless anarchists destroy and desecrate property, including the federal courthouse, and attack the brave law enforcement officers protecting it.”

We have also heard your requests for additional reinforcements. If you are a peaceful protestor, we are asking you to leave.

“I offered @DHSgov support to help locally address the situation that’s going on in Portland, and their only response was: please pack up and go home. That’s just not going to happen on my watch.” pic.twitter.com/BW8UdbNZ9c

With the cost of civil unrest continuing to rise nationwide in the way of material damages and human life, however, it is hard to wonder why metropolitan Democratic leadership refuses to accept help from federal law enforcement agencies.

Need anyone remind them that $5 million in damages is the total for just one city — and not even for the entirety of this period of civil unrest, which shows no sign of stopping.

Simple arithmetic would reveal that, over 44 days between May 25 and July 7, the average single-day cost of this unrest has been more than $118,000 in Portland alone. The past days under a similar average would bring the total damages over $6 million.

Meanwhile, in Chicago, the unrest has oh-so-coincidentally correlated with the most violent weeks the city has seen in decades, according to WMAQ-TV. Shootings increased by approximately 75 percent last month, and recent violence has put the city on track to record a 34 percent increase in homicides this year over 2019.

But none of this has stopped the Democrats from playing politics.

Chicago Mayor Lori Lightfoot, extended a hand and federal government cooperation on criminal justice solutions by President Trump, simply said in June that she did not “need leadership lessons from Donald Trump.”

On Friday, Portland Mayor Ted Wheeler demanded not that Trump send more federal aid, but that he remove his “personal army” from the city immediately, according to The Washington Post. The mayor was referring to reports that uniformed government agents were operating and making arrests after dark in the city this week.

Apparently nobody cares if tax-paying citizens feel unsafe — they’re just there to pay for the cleanup, after all. 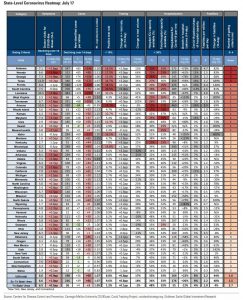