Police in Portland, Oregon, declared downtown protests as riots on the Fourth of July for the second time in less than 24 hours.

Oregon Live reported on the upheaval in the city, part of a wave of sometimes violent protests taking place around the country in the wake of the death of George Floyd, a black man who died in police custody:

Mayor Ted Wheeler expressed concerns about Portland being “on edge,” heading into Fourth of July weekend. A riot was declared around 4 a.m. Saturday in downtown Portland after overnight demonstrations, but events through the day remained generally peaceful until late Saturday, when police again declared a riot.

Shortly after 9 p.m., a crowd of hundreds began congregating on Main Street around the elk fountain. By 9:30, people set off fireworks and burned American flags while speakers addressed the crowd and spoke about colonialism, racism and police brutality.

At 10:35 p.m., a police announced orders for protesters to stop directing fireworks at the Justice Center. A short time later, police appeared to set off devices that deployed smoke. Around 11 p.m., police again warned protesters not “to engage with the federal courthouse” and warned them they would be subject to arrest and use of force if they continued.

The website reported that around 11 p.m. police cleared the area of what authorities declared had become a riot.

The Daily Wire also reported on the riot status in Portland:

Nearly a dozen people were arrested Saturday as unrest in the city entered its 38th day, Portland police said. Federal agents arrested at least one person who will likely be charged with trying to destroy a Federal building.

“PPB is handling emergency calls only City-wide at this time,” the department tweeted around 11 pm local time. “Many calls for police service are holding in each precinct. We want the crowd downtown to disperse so we can assist community members who need our assistance.”

Social media users were able to capture some of the incidents live, and Portland police posted a number of the videos to their social media accounts to show the extent of the damage. In one video, officers themselves are targeted with fireworks, one of which explodes just inches from a media officer on duty.

Officers recovered this wrist-braced slingshot. These devices have been used in the past several weeks at demonstrations to launch items like marbles, blades, shrapnel, batteries and ball bearings at Officers at high rates of speed and from long distances. pic.twitter.com/3apj8bmd8G 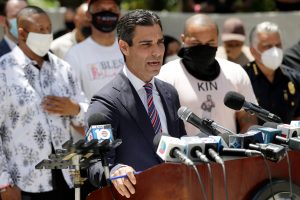 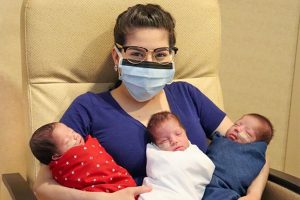