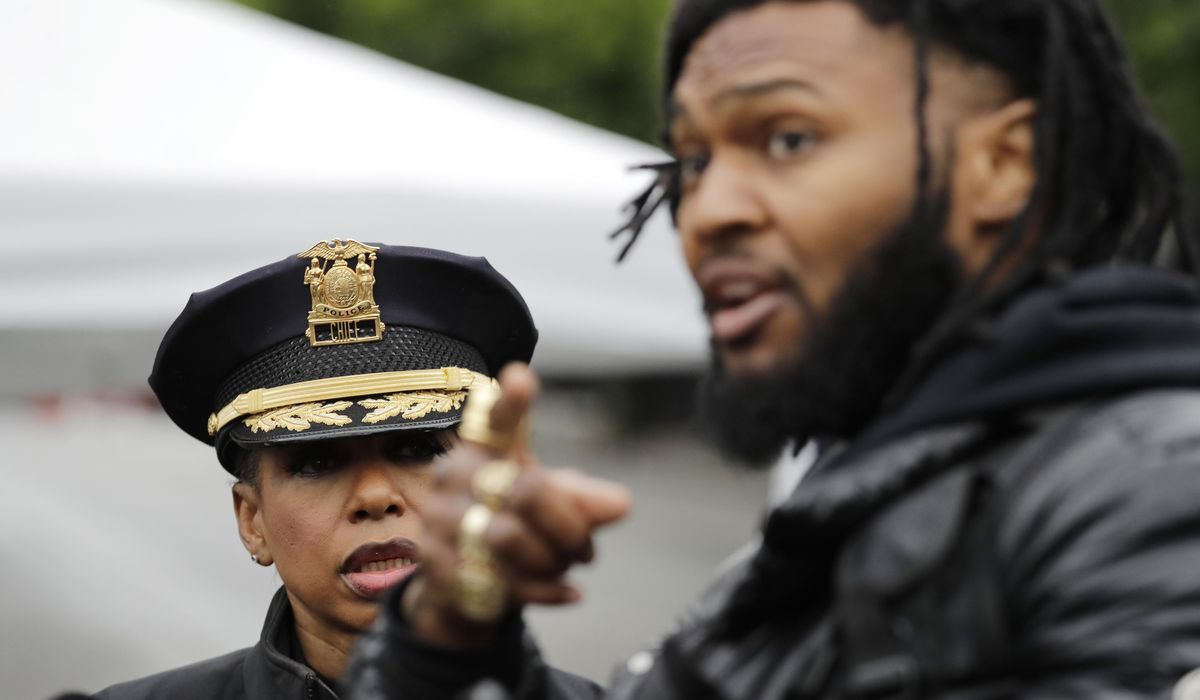 SEATTLE (AP) – Seattle Police say they are looking to reopen a precinct in the city’ Capitol Hill neighborhood that was shuttered during ongoing George Floyd protests.

At a news conference Wednesday Assistant Chief Deanna Nollette said barriers were removed from the front of the precinct after it became a flashpoint between officers and protesters. Over the weekend officers used tear gas and pepper spray to disperse demonstrators in the area after they say they were assaulted with projectiles.

However several City Councilmembers say police overreacted and needlessly exacerbated tensions. Nollette said the precinct has been boarded up because of credible threats that it would be vandalized or burned.

The Seattle Times reports that Nollette said police want to discuss reopening the precinct and noted officers are responding to 911 calls in the area. She said protesters have set up their own barricades, which are intimidating to some residents.

“We are dedicated to working with peaceful protesters on a way to move forward,” Nollette said. “There’s a whole citywide effort to try to identify who the leaders are. It’s just a matter of establishing a dialogue so we can take down the plywood and welcome people back into the lobby.”

Officers have used tear gas, pepper spray and other less-lethal weapons against crowds that have demonstrated against racism and police brutality following the killing ofFloyd in Minneapolis. Seattle Mayor Jenny Durkan and Police Chief Carmen Best have apologized to peaceful protesters who were subjected to chemical weapons, but even after they promised a 30-day ban on using CS gas, one type of tear gas, last Friday, officers used it again two nights later, saying unruly demonstrators were encroaching on their position.

A Black Lives Matter group on Tuesday sued the Seattle Police Department to halt the tactics it has used to break protests. 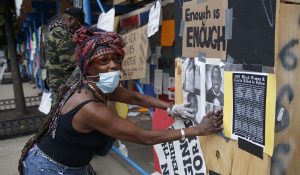 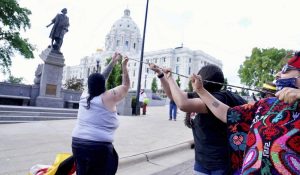