An informal survey of Los Angeles Police Department employees found significant skepticism about COVID-19 vaccines, with just 60% of respondents saying they would accept the shots when offered.

About 20% of the 9,500 respondents to the unscientific internal poll said they first needed more information about the vaccines, which experts and the Centers for Disease Control and Prevention say are safe. The remaining 20% said they would decline vaccinations, LAPD Chief Michel Moore said Tuesday.

Moore said he would gladly take the vaccine himself when it was his turn and that it was the department’s job “to communicate, provide transparency and encourage people to participate” in getting vaccinated as soon as the shots were available to them.

“This vaccination is not just safe, but it’s effective,” Moore said, “and it’s the way out of this pandemic, and we are asking all of our members on a voluntary basis to step into this and be vaccinated.”

He said the department was launching an information campaign to provide its 13,000 or so officers and civilian employees with more information about the safety and efficacy of the vaccine.

“Will we ever get to 100%? I don’t know. It’s all speculation as to whether or not we can get everyone to take it,” Moore said. “But it’s up to us to make sure that it’s not for a lack of understanding the benefits.”

Hundreds of LAPD employees have fallen ill, and several have died. Many are currently in isolation as the virus ravages the L.A. region. Three LAPD employees are hospitalized, one of them in grave condition, Moore said.

The department has been strongly criticized by activists in the city for not monitoring its officers’ compliance with safety measures — such as requirements that they wear masks in public — or punishing those who break with health mandates. Department critics say officers routinely go about their work without putting on masks.

Moore made his remarks during an online news conference with reporters Tuesday that followed reporting in The Times that the Los Angeles Fire Department — prioritized ahead of the LAPD for vaccine distribution — was having a hard time getting firefighters to accept the vaccines available to them. There have also been instances of healthcare workers refusing to be vaccinated.

Moore said he was in touch with fire officials on Tuesday who offered to start vaccinating LAPD officers with whatever doses they had leftover from firefighters declining to take them. He said he was not told how many shots that might be but did not expect the doses to cover many officers.

“I want to applaud the Fire Department,” Moore said, “in their efforts to ensure that there is no waste and all these shots are utilized.”

Police officers, who are in the second tier of frontline workers and first responders who are eligible for vaccines under county protocols, will be prioritized within the department as well, Moore said, with officers and investigators who work in the street vaccinated first.

Moore said he did not want to “get in front of rank-and-file who are out in the street every day” but that he wouldn’t hesitate when it was his turn to be vaccinated. 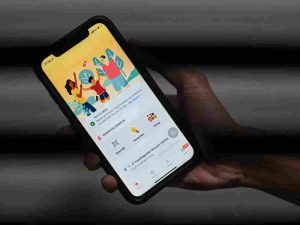 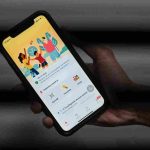 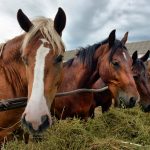