The Orange County Board of Education doubled down on its battle with California Gov. Gavin Newsom’s coronavirus school closure orders, voting to sue the governor in an effort to open campuses across high-risk counties.

Law firm Tyler & Bursch, which is currently suing Newsom over another coronavirus rule temporarily banning singing in churches, announced Wednesday they will represent the county board pro-bono. The decision to sue during a closed session vote Tuesday night comes after the board approved recommendations on July 13 calling for Orange County schools to teach students in-person and suggested guidelines against students wearing masks and social distancing.

The lawsuit decision was criticized as a political stunt by Orange County Superintendent Al Mijares, who oversees the county’s separate Department of Education.

“I am disappointed by this latest legal action, but not surprised,” Mijares said in a Wednesday statement. “This lawsuit continues the pattern of a highly litigious board majority that seems to have no qualms about diverting time, energy and financial resources from students and programs to satisfy their own ideological interests.”

Jesse Melgar, spokesperson for the governor, said Newsom’s decisions during the pandemic are driven by science.

“Courts have repeatedly upheld the governor’s emergency authority to issue orders protecting public health in the face of this devastating virus,” Melgar said. “We are confident that will again be the case here.”

Despite the board votes, the county education department will promote the governor’s school closure orders, said Nichole Pichardo, district spokesperson.

She pointed out that neither the board’s decision to file suit nor its recommendation to return children to schools without masks or social distancing sets policy for many school districts overseen by the board and Department of Education.

“The board majority’s recommendations are not binding in any way. Local school boards will play a role that is paramount to reopening the county’s 600 campuses safely and responsibly. They will work with their superintendents, staff and families to evaluate guidance and implement plans specific to their districts based on the needs of their schools and communities,” she said.

“California children have a constitutional right to both an education and equal protection under the law. The governor denied them these rights and did so without adequately considering the disparate impact these restrictions would have on the disadvantaged,” Bursch said.

Tyler said the ban will “cause tens of thousands of kids to fall through the cracks and, in many cases, will be harmed for life.” Across California, the coronavirus is disproportionately infecting and killing Black and Latino people.

The board’s fifth member, Beckie Gomez, was absent from the meeting. Gomez was the only member to vote against the board’s controversial school reopening recommendations earlier in the month.

Law firm spokesperson Desaré Ferraro said board members who voted to file suit are not taking questions about their decision, but shared their written statements. Member Tim Shaw argued the district’s many Spanish speaking parents may struggle to help students engaging with English materials if schools aren’t in session. Lisa Sparks said not returning to school would take a toll on students’ mental health.

Board President Ken Williams and Vice President Mari Barke cited community discussion, data review and consultation with experts to justify their votes, apparently referencing the controversial white paper the board published to recommend schools reopen in person, which was attached to the bottom of the release.

A board statement said the paper summarizes “experts’ testimony on the best and most efficacious ways to consider as we move toward reopening schools” from a June panel discussion. Some cited experts have denied or diminished their contribution to the report.

The Voice of OC reported that Dr. Steven Abelowitz, former pediatric chair at Hoag Memorial Hospital Presybterian, said he was not involved in writing or preparing the paper and asked that his name be removed. He stated support for masks and social distancing.

Chapman professor Joel Kotkin, also cited, told The Times he “had no idea about” the “white paper” until his wife showed him an article that mentioned it.

“I was shocked by the lack of precautions and no alternative for parents who understandably might not want to send their kids to school,” Kotkin said.

Two more cited experts — Orange County Supervisor Don Wagner and health director Dr. Clayton Chau — said in a joint statement that they “did not write, edit, or review the ‘white paper’ the Orange County Board of Education brought forward.” In the letter, Wagner and Chau showed support for the Department of Education’s plan, which aligned with the California Department of Public Health and stressed the importance of social distancing and face coverings when schools are able to offer in-person classes.

Abelowitz and Chau did not immediately respond to comment Wednesday. Wagner offered support for in-person classes in a written statement.

“The science says young children should be in school and teachers, like other essential workers, can implement protective measures,” Wagner said. “We can create hygiene protocols for individual schools rather than insisting on a top down, one-size-fits-all approach that the state currently dictates.”

Tyler & Bursch will bring the lawsuit with Advocates for Faith & Freedom, a nonprofit law firm that Tyler & Bursch supports financially and legally. Ferraro said the firm expects to file the lawsuit next week, but added that it is unclear how long the suit will take to pass through the court system because of coronavirus slowdowns. 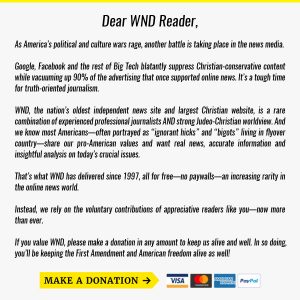 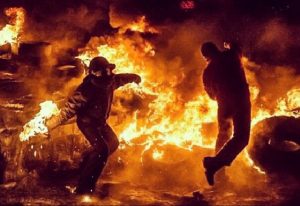 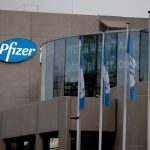 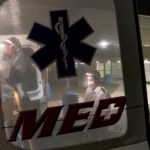 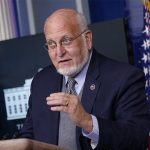 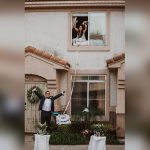