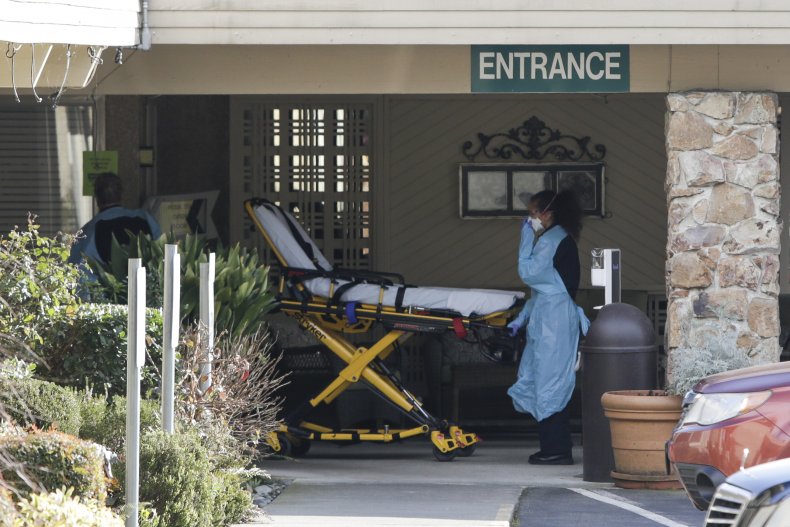 More than 100,000 people in long-term care facilities across the U.S. have now died after contracting the novel coronavirus.

The number of COVID-19 deaths reported in long-term care facilities represents more than one-third of the national total, according to a Wall Street Journal data analysis published on Wednesday.

A Johns Hopkins University data tracker showed standing at about 261,000 as of Wednesday, November 25. The U.S. has reported more than 12.7 million COVID-19 cases since the pandemic began spreading earlier this year.

The Centers for Disease Control and Prevention (CDC) identifies residents in nursing homes and other long-term care facilities as among those at “high risk” of becoming seriously ill if they contract COVID-19 because most residents are older and have underlying health conditions. To prevent the virus’ spread within those facilities, the CDC issued guidance earlier this year for nursing home staff and provided advice for state and local officials to review when considering if and how to reopen them.

A stretcher is moved from an AMR ambulance to the Life Care Center of Kirkland where one associate and one resident were diagnosed with the novel coronavirus according to a statement released by the facility in Kirkland, Washington on February 29, 2020. According to a data analysis published by the Wall Street Journal, more than 100,000 long-term care facility residents have now died of COVID-19. JASON REDMOND/AFP via Getty Images

According to the Wall Street Journal‘s analysis, an estimated 670,000 residents of long-term care facilities had either confirmed or likely cases of COVID-19 across the U.S. since the pandemic began. Like case reports for statewide populations, the Journal noted that some reporting delays or gaps from state and local officials could mean the number of cases and deaths in these facilities is actually higher.

The paper published its data analysis the day before Thanksgiving as Americans across the country were advised by officials at the local, state and federal levels to avoid congregating with friends and family in person to celebrate the holiday. Despite their warnings, an expert at the Institute for Health Metrics and Evaluation recently told Newsweek that he was unconvinced most Americans would heed the recommendations and predicted the holiday would result in a new spike in infections two or three weeks down the line.

A spokesperson for the Centers for Medicare and Medicaid Services (CMS), which provided some of the data that the Wall Street Journal used in its report, told the paper that the agency is also “extremely concerned about increased community spread of Covid-19 going into this holiday season, which we believe has contributed to the rising number of Covid-19 cases in America’s nursing homes.”

Health experts have advised Americans to avoid celebrating Thanksgiving in person for the same reason they’ve encouraged people to limit their in-person interactions with long-term care facility residents: the risk of community spread. Many facilities have spaces that residents ordinarily share—including activity rooms and dining areas—and onsite medical professionals and other staff also typically tend to multiple residents a day. As the U.S. has seen in several long-term care facilities since the start of the pandemic, it is easy for the virus to spread out of control once it finds a way inside.

Washington was one state in which many nursing homes battled COVID-19 outbreaks as the pandemic was first starting to spread across the U.S., and another outbreak recently reported at one facility in southern Washington resulted in dozens of cases among residents and staff members. Recent outbreaks have also been reported in states like Minnesota, Pennsylvania, Illinois and others while the national number of COVID-19 deaths in long-term care facilities began to rise in October.

Newsweek reached out to the CMS for comment but did not receive a response in time for publication. 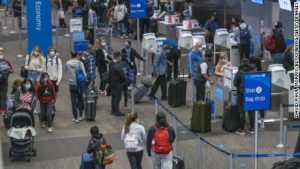 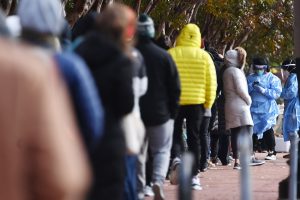