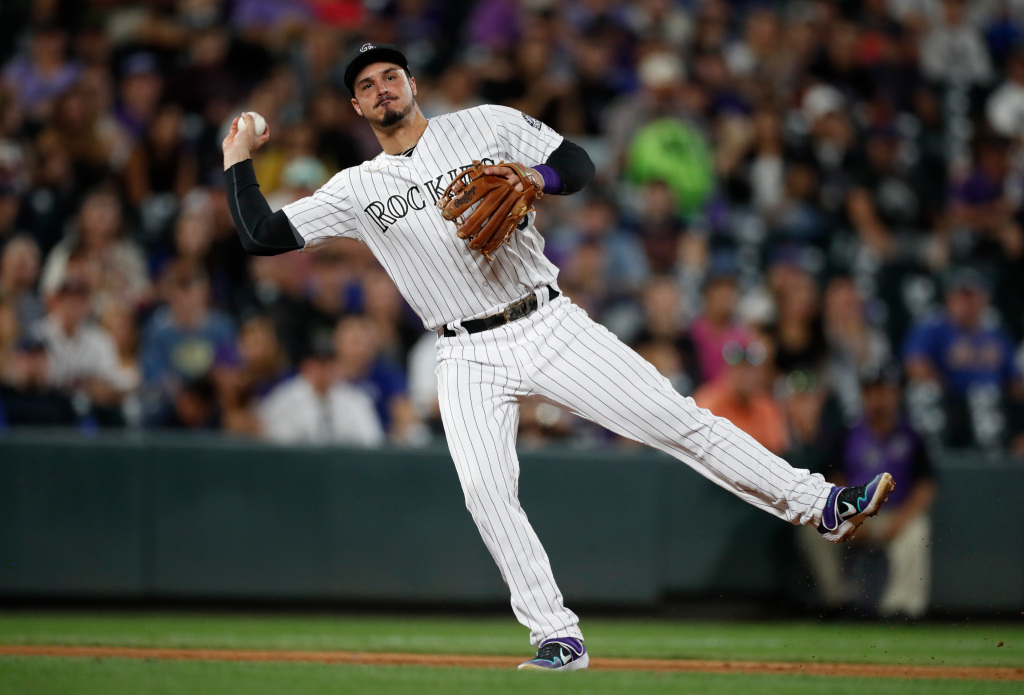 Rockies third baseman Nolan Arenado was back on the Coors Field diamond on Saturday afternoon, scooping grounders and making throws to first with the flash that has made earned him seven consecutive Gold Glove awards.

Sunday morning, Arenado talked about his love of the game, expectations for the Rockies’ 60-game season, that trade controversy with general manager Jeff Bridich, his thoughts on the coronavirus pandemic, and much more:

Question: How has the coronavirus pandemic and time away from the game changed your appreciation of Rockies baseball?

Arenado: “Well, I guess when you get caught in a routine you just tend to think things will fall in place, and obviously they do not. This has been a big eye-opener for me. What I appreciate is my family, (the) people closest to me. And, obviously, baseball. I love to do it and it’s something I feel I try not to take it for granted.”

“But this has changed my (perspective), especially because it makes me appreciate being on the field, and I would like to do it for a very long time if I can. I would love to have a career like (Adrian) Beltre, (Todd) Helton, (Matt) Holliday. God willing, my body holds up, but I would like to do this for a long time. Because when it’s over, it’s over. I guess this has been a taste of retirement and it’s not very good. I don’t like it.”

Q: Do you like the Rockies’ chances in a 60-game sprint of a season?

Arenado: “I do I think every team has confidence it can do it. What we need is confidence, especially after last year. It won’t be easy by any means because there’s a lot of teams that have gotten good and it will be tough — especially being in the West, facing teams we usually never face. But I do believe guys have something to prove.”

Q: You looked like you were having fun on the field Saturday. What were some of the things that you missed being away from the game?

Arenado: “I miss talking to the guys, working with everyone. Seeing (Trevor) Story at shortstop. I missed being in a stadium like this. It feels good; it’s refreshing and energizing.”

Q: What kind of shape are you in as summer camp begins?

Arenado: I’m in game-ready shape. My weight is a little down — 209ish. It’s the first time ever being home in summer and working out, so I was just burning a lot (of calories). I would like to get to 215-217 pounds when games start. But have to do it the right way, without feeling sluggish.

“I’ve been working. I’ve done everything to be prepared. The hardest part is timing. I was facing live (pitching) but not as consistent as I needed to get where I want. So that’s the only thing missing. Hopefully, I get that down during this (camp).”

Q: We talked a lot about this during spring training, but has there been any “clear-the-air” discussions with general manager Jeff Bridich and the front office? Is it necessary? With the serious, real-life stuff going on, has any perspective changed?

Arenado: “Yeah, the offseason was a little different than usual, and I think during this time being away we just feel like that’s the least of our worries. Let’s get back to work and enjoy what we are doing.

“All that other stuff can be for another time. Right now let’s focus on the team and being positive, because there is so much negativity surrounding our game and our country. I’m just thankful to be back on a field.”

Q: You have some talented young teammates. Who are you excited to see this season?

Arenado: “I’m excited to see (cousin) Josh (Fuentes). We worked hard during the break. (Sam) Hilliard, Brendan Rodgers. I guess the guys who will make our team. But I don’t know who is all making the team. It’s been hard because not everyone is (working out) in the same group yet. I’ll have a better idea when we around each other more.”

Q: Do you have any statistical goals during this three-month sprint of a season?

Arenado: “The main stat is winning. I think that’s the goal. Every win counts like two wins, and every loss counts like two. As a competitor, of course, I want numbers but I think the point is that you’ve got to stay mentally strong during this year because it’s not a lot of games. It’s just focusing on the team and contributing any way you can.”

Q: If you have it your way, will you play in all 60 games? Is that realistic?

Arenado: God willing. I feel good. Staying away from getting sick, and yes, all 60 (games) is what I need to do. And what I want. The more games you play the more comfortable you’ll feel.”

Q: What can you say about Trevor Story’s growth as a leader and a player?

Arenado: “He’s a star and he’s only getting better. Story understands that people are looking up to him now because of what he has done on the field and (because of his) work ethic. So he knows that, and he wants to be a leader. I know that I look up to him also.”

Q: How did the news about teammate Ian Desmond and other stars deciding not to play this season affect you? There are a lot of tough decisions just to get the game back on the field.

Arenado: “I think everyone has a choice to make and during these times and it must be respected. Everyone has the answers nowadays, even when not knowing who they are or what they are going through. So, respect their choice. As far as playing, yes I want to play. I’m 29 once in my life. I’m never going to get this time back ever again. So I’m going to go as hard as I can. God has blessed me to play and that’s what I’m going to do. My family supports me and that’s all that matters.”

Q: Have you come to grips about playing without fans in the stands?

Arenado: “I think with the excitement of playing again, in the beginning, I’ll just be happy to be out there. But as the season goes on it’s going to be weird and it’s going to be an adjustment.

“I hope (near the end of the season) there will be fans, but I’m not the health expert. I don’t know how that will work out. If not, it is what it is. The motivation will be there. It’s 60 games, so I’m not worried about showing up for 60.”

Q: How does it feel getting up in the morning now, knowing that you get to put on a baseball uniform, knowing that there is a target date for opening the season and knowing there will be a schedule with real games?

Arenado: “It’s an amazing feeling. It’s always been a great feeling, but especially after what’s going on in our country, it feels even better. Putting pants on and hitting pearls — it’s awesome. I haven’t seen anything yet but I can’t wait for the schedule to come out and know who we open up with.” 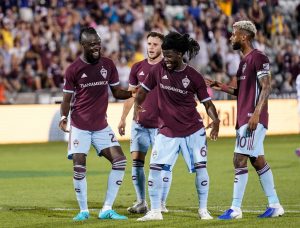 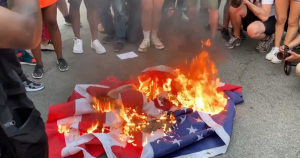