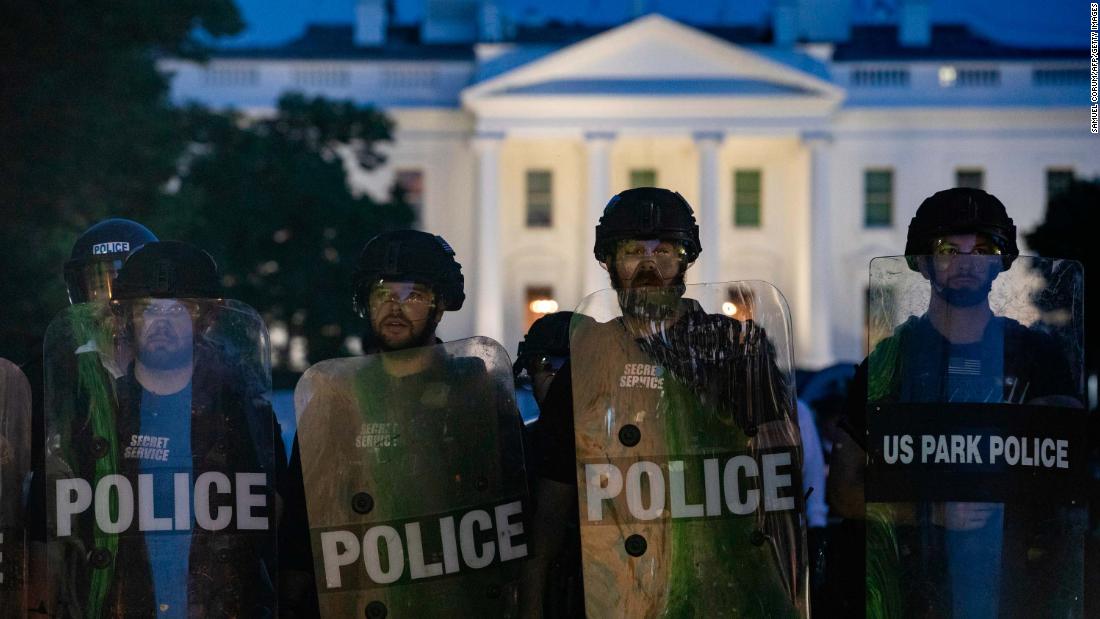 The Washington, DC, National Guard’s fact-finding probe into why a National Guard UH-72 medical helicopter flew just above protesters on the streets of Washington on June 1 has wrapped, the officials told CNN.
Video captured by CNN showed a military helicopter hovering over a group of protesters, using its propellers to kick up strong wind and debris — a show of force tactic commonly used by the military in overseas combat zones to drive away targets from a specific area. Protesters responded by raising their fists in defiance.
The report has been delivered to the head of the DC National Guard, Maj. Gen. William J. Walker, who can accept or reject any recommendations or order further action such as administrative punishment, including letters of reprimand, the officials said. The results could be made public later this week. However, if Walker proceeds with administrative punishment those involved would have 10 days to respond, which would push the public release into next week.
The report goes into depth about the confusion that night and the lack of clarity in how orders were communicated from guard commanders to the helicopter crew, the officials said.
One of the causes of that confusion was the decision to have National Guard and civilian law enforcement — including federal officers from multiple agencies and the Metropolitan Police Department — to all be involved in the effort to control the protests, the official said.
A key question addressed in the report is who specifically approved the use of the helicopter and whether that person aware that some type of waiver would be needed to use it in a civil disturbance in that way, the officials said.
Army Secretary Ryan McCarthy did broadly approve the use of “air assets” to provide an aerial view of the protests, the officials said.
A defense official, with direct knowledge of the orders the crew had, told CNN the week of the incident that the helicopter had a “stated mission” in part to “deter” criminal activity including rioting and looting by keeping a presence overhead.
The report looks at the actions of the helicopter crew and also the task force commander that night, Brigadier General Robert Ryan of the DC Guard, both officials said.
“There is a lot of focus on authorities, process and procedures” in the report, trying to explain what led to the decision to use of the helicopters, one of the officials said.
The DC National Guard first announced the investigation earlier this month, the day after the helicopter maneuver occurred. Defense Secretary Mark Esper said the following day that he directed McCarthy to conduct an “inquiry to determine what happened and why and report back to me.”
“I think when you’re landing that low in the city, it looks unsafe to me, right? But I need to find out, I need to learn more about what’s going on,” Esper said at the time.
President Donald Trump said later that week that he did not view the low-flying military helicopters as a problem, despite the investigation and Esper’s requested inquiry.
“The problem is not the very talented, low-flying helicopter pilots wanting to save our city, the problem is the arsonists, looters, criminals, and anarchists, wanting to destroy it (and our Country)!” Trump tweeted.
This story has been updated with additional background information and context. How to cover the protests? For L.A.'s top Black radio hosts, you make noise, and listen