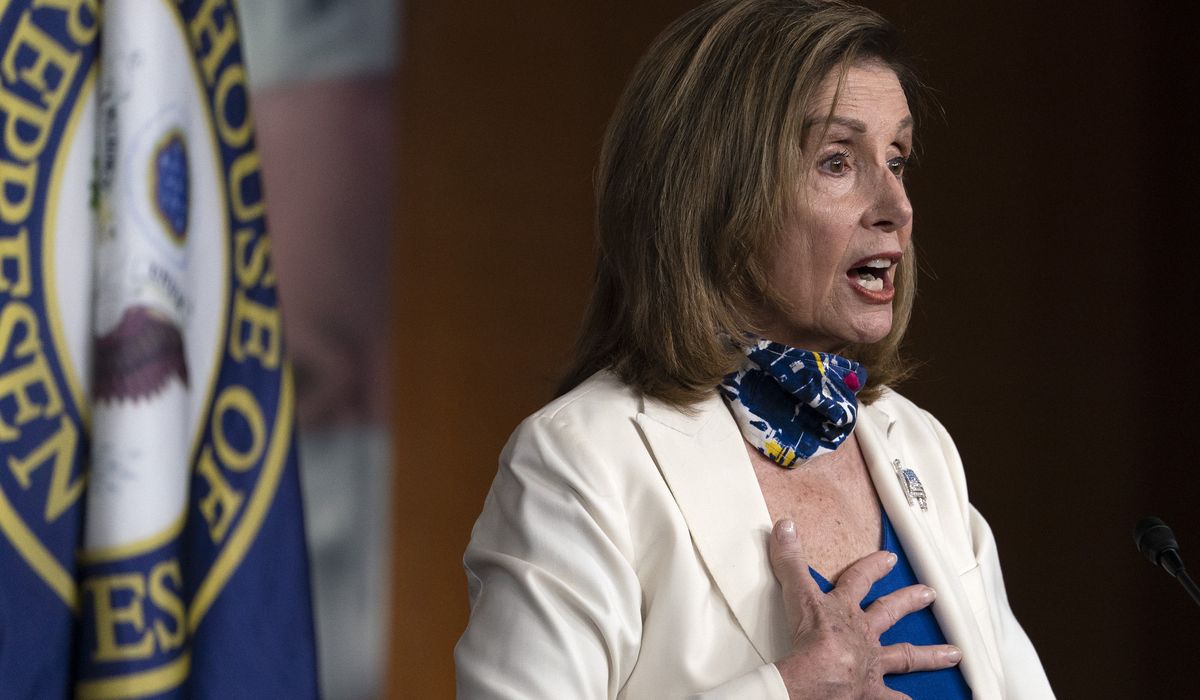 House Speaker Nancy Pelosi on Wednesday accused President Trump of trying to save face by tweeting out requests for targeted, piecemeal coronavirus relief legislation after negotiations for a comprehensive deal collapsed.

Mrs. Pelosi, California Democrat, said the more recent tweets from Mr. Trump is just his attempt to reverse course from the “terrible mistake” of calling off talks until after the election.

“It’s hard to see any clear sane path on what he’s doing, but the fact is he saw the political downside of his statement of walking away from the negotiations,” Mrs. Pelosi said on ABC’s “The View.” “It’s interesting that he said he’d send out those checks if we just sent him that bill, because all he has ever wanted in the negotiation was to send out those checks with his name printed on it.”

Mr. Trump called for a handful of targeted relief proposals, including airline relief and $1,200 direct payments to individuals, which have wide bipartisan support.

“The House & Senate should IMMEDIATELY Approve 25 Billion Dollars for Airline Payroll Support, & 135 Billion Dollars for Paycheck Protection Program for Small Business. Both of these will be fully paid for with unused funds from the Cares Act. Have this money. I will sign now!” the president tweeted.

The president tweeted his support again Wednesday morning for the checks, directing his message to the speaker: “Move Fast, I am Waiting To Sign!”

On “The View,” Mrs. Pelosi also repeated the suggestion that Mr. Trump’s decision was impacted by his battle with the coronavirus as well as any potential medications he’s taking and called for an intervention.

White House Chief of Staff Mark Meadows pushed back on that earlier Wednesday morning on Fox News, arguing that she was looking to blame anyone but herself.

Mrs. Pelosi, California Democrat, and Treasury Secretary Steven T. Mnuchin had been negotiating for more than a week on coronavirus economic relief, but Mr. Meadows said those conversations were going nowhere.

“The Speaker reminded him that Republicans blocked that bill on Friday & asked him to review the DeFazio bill so that they could have an informed conversation,” Mr. Hammill tweeted.

Mrs. Pelosi has repeatedly rejected any attempt to push through slimmed-down proposals, aside from the airline relief bill, arguing that the coronavirus pandemic was too pervasive to address only a handful of issues. 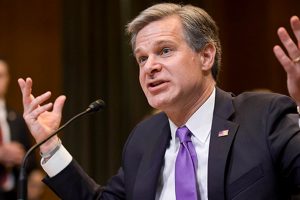 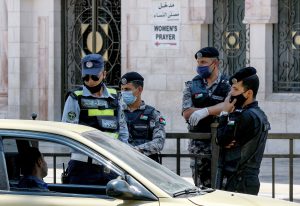