Country singer Morgan Wallen was pulled as the “Saturday Night Live” musical performer this weekend over concerns that his recent partying put him at risk for the coronavirus.

Wallen spoke to fans in a video posted to Instagram on Wednesday where he said that he was told he would no longer be making his musical debut on the comedy series Saturday with guest host Bill Burr. The news comes after Wallen was seen partying over the weekend in TikTok videos, without a mask and kissing random women.

The 27-year-old singer made the video from his New York City hotel room, where he told fans he was pulled from the show’s lineup over Covid-19 protocols.

“I’m not positive for Covid but my actions this past weekend were pretty shortsighted and they have obviously affected my long term goals and my dreams,” Wallen said. “I respect the show’s decision, because I know that I put them in jeopardy and I take ownership for this.”

He went on to apologize to the show, his team and his fans for disappointing them. Wallen added that on a “personal note,” he might have some growing up to do.

“I think I’ve lost myself a little bit. I’ve tried to find joy in the wrong places and, I don’t know, it’s left me with less joy,” Wallen said. “So I’m going to go try to work on that. I’m going take a step back from the spotlight for a little while and go work on myself.”

Wallen reiterated that he respected the show’s choice and said that “Saturday Night Live” executive producer Lorne Micheals was encouraging when the pair spoke. The singer thanked Michaels for telling him they would try to make up for the lost opportunity at a later date.

Fans sent messages of support for Wallen, with many commending his decision to take responsibility for his actions. Some lashed out at “Saturday Night Live” for pulling the singer even though he tested negative for the coronavirus, while others said they understood the decision.

“Saturday Night Live” is owned by NBCUniversal, which is the same parent company that owns NBC News. The show has not announced a replacement for Wallen on the upcoming show.

Health officials and medical experts have said that negative Covid-19 diagnostic tests are not always indicative of whether someone contracted the infection and do not replace two-week isolations. The virus is believed to have a 14-day incubation period. 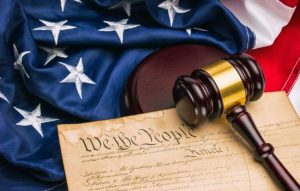 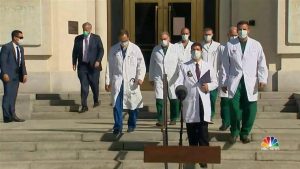 Trump has Covid-19 antibodies. What does that mean?