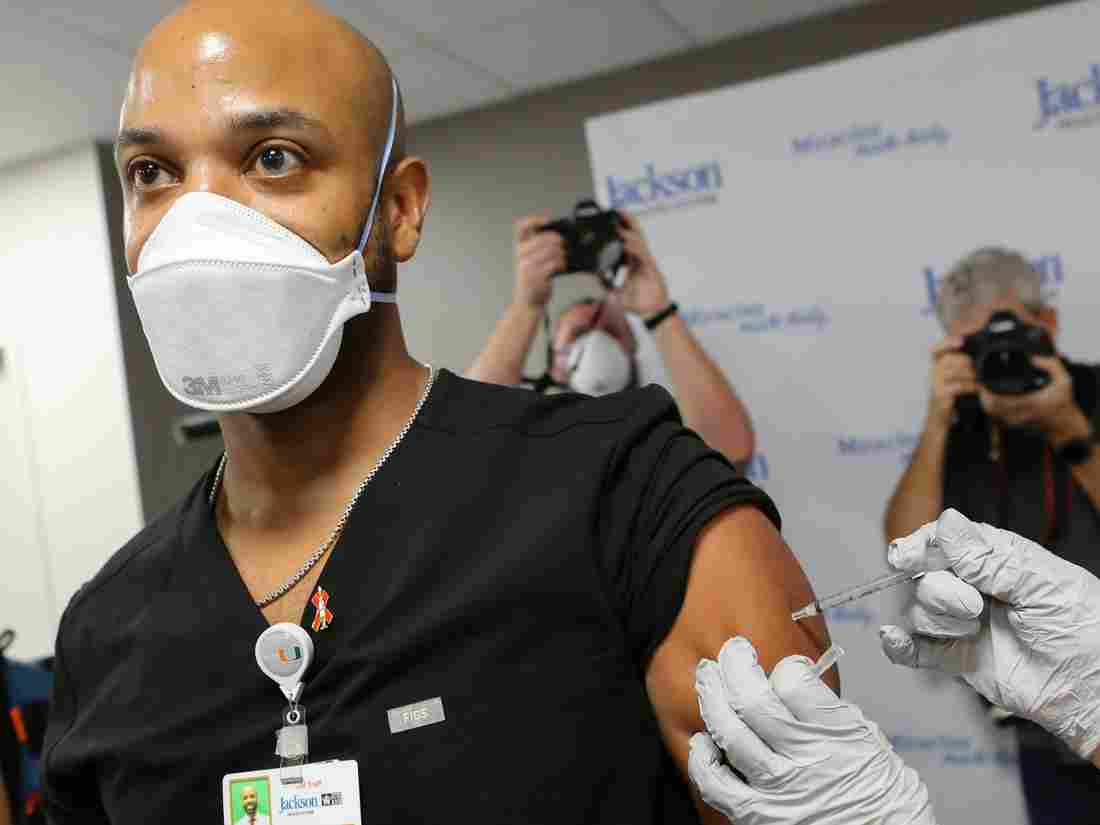 Dr. Hansel Tookes made sure his first dose of Pfizer’s COVID-19 vaccine at Jackson Memorial Hospital in Miami on Dec. 15. was televised, as a way to combat hesitancy.

When COVID-19 vaccines began arriving in Memphis, Tenn., late last year, some Black residents had questions. Did the vaccines cause infertility? Did they alter a person’s DNA?

They don’t. And local community leaders worked hard to counter these and other vaccine myths as they came up in public forums around town or appeared online.

Even so, Dr. Pat Flynn, an infectious disease specialist at St. Jude Children’s Research Hospital, was worried that early public vaccination events might be dominated by white people in a town where most residents are Black.

“I was surprised that it was an extremely mixed population, representative of our community, who was coming through to get vaccines,” she says.

In late 2020, national surveys found that Black and Hispanic respondents were less likely than white respondents to say they planned to get a vaccine. Surveys done in the past month suggest that gap has diminished or disappeared.

Flynn, who was involved in testing Johnson & Johnson’s single-dose vaccine, has seen attitudes among health care workers, many of whom are Black, at her own institution change over the past few months.

“We kind of looked at it and thought, surely, everybody will want to get a vaccine,” she says. “But initially, our uptake was not as high as we thought it would be.”

Since then, vaccination rates at the hospital have been rising steadily.

“There were some people that were kind of delaying to see what happened when everybody else got a vaccine,” She says. “Now they’re stepping forward to roll up their sleeve.”

Latinx communities appear to be embracing not only COVID-19 vaccines, but seasonal flu shots, says Dolores Albarracín, a professor of psychology at the University of Illinois at Urbana-Champaign.

Data from the 2019 flu season found a vaccination rate of 38% among Hispanic Americans, compared with 53% among white Americans, she says. In the current flu season, she says, “Hispanics are actually vaccinating at a higher rate than are whites.”

“Once you take that into account, the gap is much less,” she says. And it might disappear entirely if more vaccine information was in Spanish and employers made it easier for Hispanic workers to take time off to get a vaccine.

In Miami, many Black residents have been thwarted throughout the pandemic by a digital divide, says Dr. Hansel Tookes, an assistant professor of medicine at the University of Miami.

For example, he says, when COVID-19 testing first became available, people had to sign up online, creating a barrier for those without Internet access.

“That was multiplied when we moved to using telehealth,” he says. “So people who didn’t have access to broadband, which does not even exist in many of our historically Black communities in Miami, they were not able to access their physicians for a year.”

A lack of contact with physicians may have contributed to vaccine hesitancy among Black residents who look to their doctors for vaccine advice.

“We identified that this was going to be a problem very early in our public hospital system here in Miami,” Tookes says. “And part of that is why I received my COVID vaccine on TV.

Tookes, who is Black, also appeared in a video made by Jackson Health System explaining how the COVID-19 vaccination could benefit minority communities. And when he got his second vaccine dose, he posted a photo of the event on his Twitter feed. 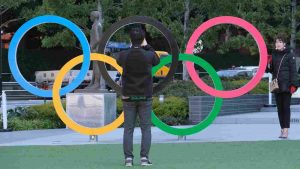 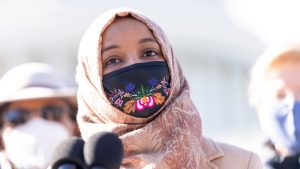 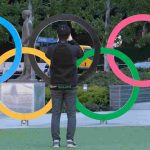 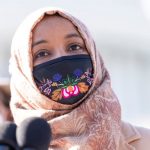 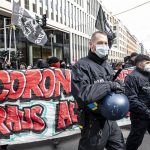 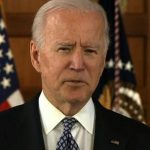