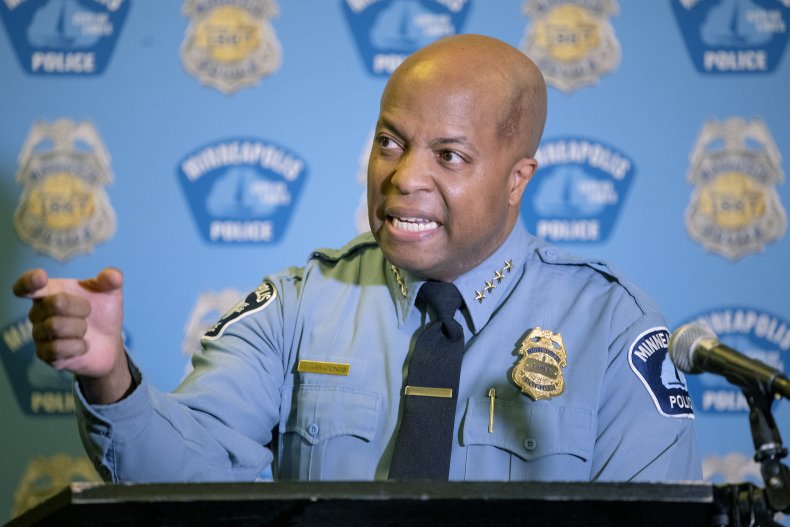 Minneapolis has less than 600 officers on duty as the city prepares to vote whether to replace its police department with a new public safety unit.

Minneapolis Police Chief Medaria Arradondo said that the department was in a deficit of nearly 300 officers, about a third of its total 888 authorized officers. He described Minneapolis as “flatlining,” with the steep officer shortage largely caused by retirements, resignations, and disability leaves for post-traumatic stress disorder after George Floyd‘s death and mass protests against racial injustice in 2020.

He encouraged the city to vote against the new public safety unit that will be included on a ballot next week, citing concerns that the plans for the police department’s would-be replacement were too vague.

“To vote on a measure of reimagining public safety without a solid plan and an implementation or direction of work — this is too critical of a time to wish and hope for that help that we need so desperately right now,” he told reporters. “I was not expecting some sort of robust, detailed word-for-word plan, but at this point, quite frankly, I would take a drawing on a napkin and I have not seen either.”

Arradondo said he wasn’t sure what the ballot question would do, but he said he was sure it would not stop police having dangerous interactions with citizens, would not help recruiting and retention and wouldn’t suddenly change a police culture that critics say is brutal. He also expressed concern about language in the ballot question that describes the new department as including police officers “if necessary.”

The chief, along with Mayor Jacob Frey, have touted several policy changes during their tenure in an effort to reform the department, which include increasing body camera compliance among officers, and bans on “warrior-style” training, choke holds and pretextual stops for low-level offenses.

“Minneapolis Police Chief Medaria Arradondo campaigning in uniform, in explicit contradiction of the policy he himself wrote last year, is one of many examples revealed in his press conference today, why structural change is imperative to keep the people of Minneapolis safe and to implement an accountable and transparent relationship with those who are called to protect and serve,” said Yes 4 Minneapolis campaign manager Corenia Smith.

Arradondo first broke his silence on the ballot question in late August when he said giving City Council members more authority over the department would bury it under layers of bureaucracy and put the department’s new leader in a “wholly unbearable position.” He renewed that criticism Wednesday, saying, “I will tell you to have 14 bosses, that is not a business model we would give to children running a lemonade stand.”

Opponents have warned that Arradondo, the city’s popular Black chief, could leave if the ballot question passes. Arradondo sidestepped questions about that on Wednesday, saying he hasn’t had conversations with his family or Frey about his future. 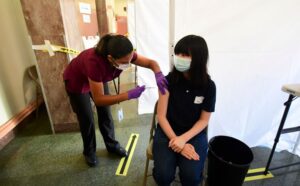