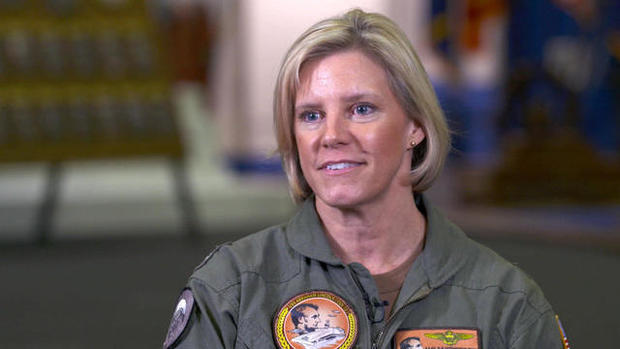 Our series, Profiles in Service, spotlights Americans who dedicate their lives to helping others. On this Veteran’s Day, we introduce you to Capt. Amy Bauernschmidt, the first woman in Navy history to hold the title of executive officer, or XO, of a nuclear aircraft carrier.

As the XO, Bauernschmidt is the second in command of the USS Abraham Lincoln, one of 11 U.S. aircraft carriers stationed around the world. Bauernschmidt manages the ship’s day-to-day operations, so the commander can focus on strategy. She basically runs a floating city of 5,000 people – a city with a mission.

At 7:30 every morning, Bauernschmidt leads what she calls “XO power hour.” Bauernschmidt keeps an eye on the sailors as they clean their stations aboard the USS Lincoln.

Four-and-a-half acres of sovereign U.S. territory, the warship is on the front lines of disaster relief, humanitarian crises and armed conflict.

“What does it mean that you are the executive officer of this carrier? Do you ever stop and think about that?” CBS News correspondent Jan Crawford asked.

“Not usually because my days are really busy,” Bauernschmidt said. “It is incredibly humbling though. … I’m glad I’m busy every day because if you think about it too much, it can get a little daunting. So it’s easier to just get in and do the work.”

The Milwaukee native has been doing the work since her days in the U.S. Naval Academy. In 1994, during her senior year, Congress repealed the law preventing women from serving on combat ships or planes.

“That law absolutely changed my life,” Bauernschmidt said. “We were the first class that graduated knowing and feeling honored with the privilege to be able to go serve along the rest of our comrades in combat.”

Bauernschmidt soon became a naval aviator. Through six deployments and beyond, she lives by a motto her mother instilled in her: Never pass up an opportunity to grow.

“There are a lot of times in life that you’re a little nervous or afraid to do something, ’cause you think you’re gonna fail. Well, so what? I mean… what’s the worst that’s gonna happen if I fail?” Bauernschmidt said. “You know, If you fail you get up and you may realize in that failure that what you’re really meant to do is something else.”

In an environment where a mistake can mean life or death, Bauernschmidt routinely spot checks the ship’s systems, including the missiles. Despite the high stakes, the XO’s leadership style is unique.

“How many times have you said ‘awesome sauce’ today?” Crawford asked Bauernschmidt.

“That’s not typically what you think of from a high-ranking Navy officer,” Crawford said.

Asked what it means to be the first female XO of a nuclear aircraft carrier, Bauernschmidt said it’s taken her a while to get there.

“I hope that I’m a good leader and a mentor to both men and women in the service. But I’ve still a little uncomfortable with it, but I’m growing to appreciate the role and the fact that if you can see it, you know, you can believe it,” Bauernschmidt said.

Sailor Jordan Gould is so inspired by the XO that, when she re-enlisted in the Navy last December, she asked Bauernschmidt to do the honors.

“I’m very proud to serve under her,” Gould said. “It was probably one of the best experiences of my life.”

“And why did you want her to re-enlist you?” Crawford asked her.

“Your personal story really shows what it means to have women in these roles for other women,” Crawford said.

To Bauernschmidt, service is “contributing to something greater than yourself.”

“For me, it is about supporting and defending the Constitution of the United States. But it’s also about these young men and women that I lead every day,” she said.

In the new year, the XO will get a new assignment that puts her in the running to possibly become the first woman ever to command an aircraft carrier.

Watch other Profiles in Service: 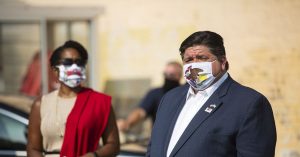 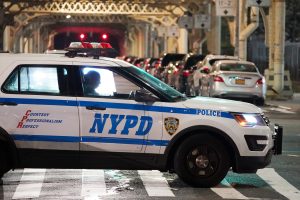