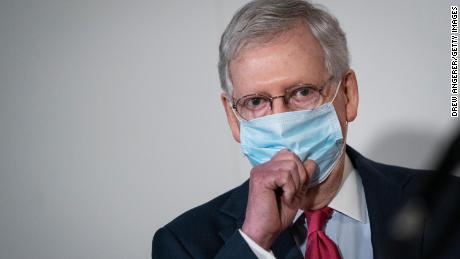 “So, this was part of the President’s priority of updating the FBI building, keeping it in DC, and it’s been one of the things that’s been mentioned that’s in this bill and it’s a part of one of the President’s priorities and it’s been a priority for several months,” she said during an appearance on CBS News.
Asked again what that provision was doing in the coronavirus bill, McEnany couldn’t say, but said it is “not a dealbreaker.”
The funding is opposed by Senate Majority Leader Mitch McConnell, despite the fact that the Senate GOP stimulus proposal formally unveiled Monday included it.
Pressed by a reporter on Tuesday over the funding, McConnell responded by saying he hopes that anything not directly related to Covid-19 will be stripped out before a new relief measure is enacted.
The Kentucky Republican was not aware the FBI provision was in the bill but then moments later said the White House “insisted that be included.”

VIEW
A number of Senate Republicans said they opposed the funding and pushed administration officials Tuesday during their private lunch over its inclusion, which members argued wasn’t even related to coronavirus.
McEnany said the President’s priority is unemployment benefits, not the FBI building funding.
“Well, it’s in the bill, the President’s made clear that this is what he wants to see. It’s not a deal breaker, what the priority here is unemployment benefits as the President said and that is the ultimate priority,” she said Wednesday, adding that the President “fought hard” for a payroll tax cut and that unemployment benefits being extended are “paramount.”
Democrats have long alleged Trump’s interest in the FBI building — which sits across from the Trump Hotel on Pennsylvania Avenue in Washington, DC — are financial.
In 2018, Democrats on the House Oversight Committee wrote in a letter that Trump had a clear interest in the FBI property being developed before he was President. After he became President and was not allowed to invest in the project, his interest became ensuring no other developer could buy the property, convert it and compete with the Trump hotel, the Democrats allege.
“Many years before becoming President, Donald Trump expressed interest in the FBI headquarters moving out of Washington, DC, so he could acquire the land on Pennsylvania Avenue and redevelop the property, which is directly across the street from the Trump International Hotel. However, after he was sworn in as President — and became ineligible as a federal employee to obtain the property — he reportedly became ‘dead opposed’ to the government selling the property, which would have allowed commercial developers to compete directly with the Trump Hotel,” the Democrats wrote in their October 2018 letter to General Services Administrator Emily Murphy. 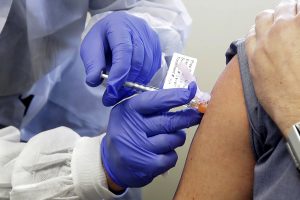 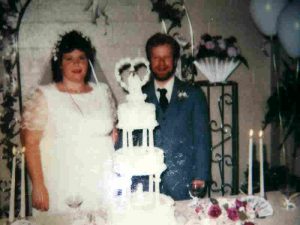