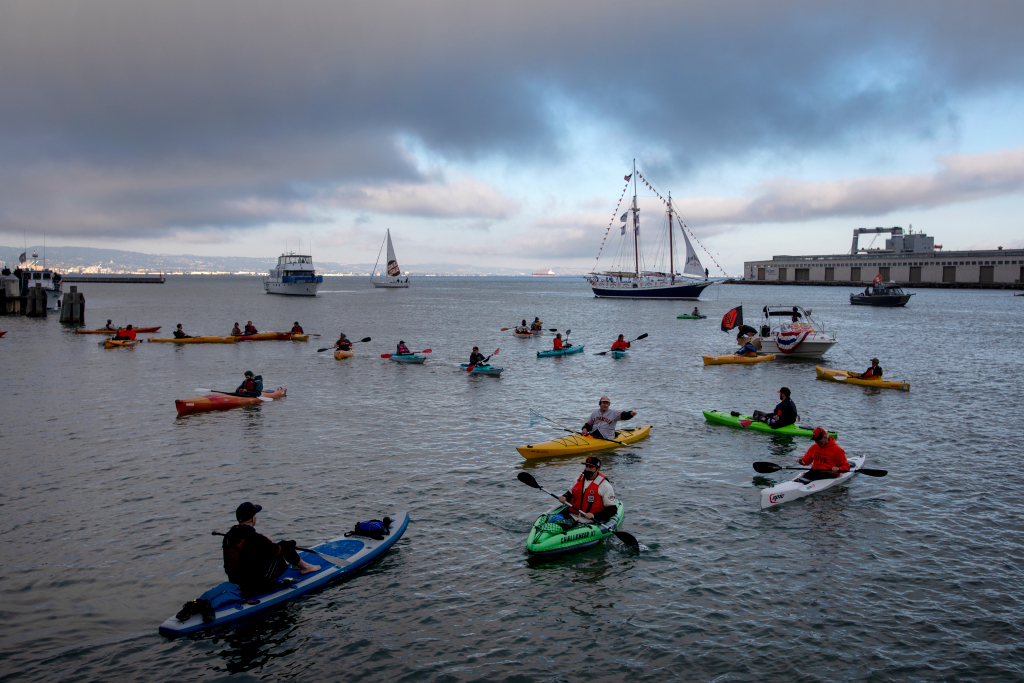 The plaza outside Willie Mays Gate is empty, except for Mays’ statue, with a banner behind him. It doesn’t read “Opening Day”; it reads “Black Lives Matter”.

The people filling the China Basin sidewalks in San Francisco are overwhelmingly wrapped in running gear, rather than Giants orange and black.

On the McCovey Cove promenade beyond the right-field seats is a ball hawk known as Joe Dirt, with 27 home run balls to his stage name.

Joe estimates there was only five percent of the normal pregame activity Tuesday around the cove compared to an average Opening Day. With no fans allowed inside the stadium, that comes as little surprise.

The Giants put tarp coverings on the gates to the right-field viewing portals, discouraging fans from gathering in the only spot those without tickets can see live play.

Joe’s group has a system down for shagging flyballs. One guy peers between the metal doors closing the portals and shouts when a left-handed hitter gets ahold of a pitch.

“It’s almost like a little easier now without all the people,” Joe said, “but it doesn’t feel the same.”

Joe’s lookout, known to his friends as Cheese, let him down on a chance Tuesday afternoon: He signaled the wrong way and a batting practice homer hit Joe right in the stomach. Friend Darryl King picked it up, but Joe didn’t begrudge him.

During an interview, Cheese started shouting. A ball came screaming over the wall, narrowly missing a reporter, bouncing off the sidewalk and into the cove. This is not a place or time for a lapse in attention: King calls it a “hotspot,” which has meant something different for the last four-plus months.

King says that as a season ticket holder, he’s clinging to hope that the coronavirus will recede enough for the Giants to allow a small number of fans into the park before the end of the season. But even in its first week, the MLB season is currently threatened by an outbreak within the Miami Marlins clubhouse.

On the docks behind the left-field fence Tuesday afternoon, the Giants’ Rally Rabbi prepared for a small group to come aboard a chartered yacht to celebrate the occasion.

Rabbi Yosef Langer says he was involved in the inception of the Giants’ Jewish Heritage Night and his mission is simply to spread positivity and godliness. Opening Day usually brings plenty of the latter, but that’s subdued in the pandemic.

“We still don’t really know where it’s going, but we’ll find a way to touch souls and make people happy,” he said.

Langer told the story of how he became the Rally Rabbi, complete with his own bobblehead. As he told it, on the first Jewish Heritage Night, he blew his horn — called a shofar — in the second inning, bringing in some Giants runs.

His next noteworthy horn blow came just before Hunter Pence strode to the plate in Game 7 of the 2012 National League Championship Series. Pence’s famous triple-hit came shortly after.

“Even the sports-minded knew this was a godly intervention,” Langer said. “This is the importance of a rally rabbi tooting the horn.”

In the face of a raging pandemic, Langer took off his face mask and raised the shofar to his lips this Opening Day, hoping for another divine intervention, or at least a burst of positivity.

The #SFGiants Rally Rabbi played his shofar this afternoon to celebrate Opening Day. Health regulations meant a smaller audience for him. pic.twitter.com/TXANkNmn4L 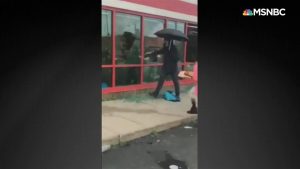