By Sarah Fili | KETV via CNN

Nebraska — Law enforcement across the country is reporting a recruitment crisis and said there aren’t enough applicants to fill jobs.

Now they’re trying to find new ways to get people interested in policing while trying to keep the ones they already have.

“It’s tough. It’s tough locally but it’s tough across the nation. We just don’t have that interest that we had years ago towards law enforcement,” said Chief Deputy Wayne Hudson, with the Douglas County Sheriff’s Office.

Departments said they used to get dozens, if not hundreds of applicants. Many had college degrees. Not anymore.

“The numbers are so extremely low we’re finding a hard time to get a good pool of candidates,” said Marc Leonardo, Ralston Police Chief.

In Washington County, a recent post for sheriff’s deputies only got four applicants.

“I’ve been in law enforcement for 40 years. I’ve been sheriff for over 20 years, and this is the worst I’ve seen and trying to recruit people,” said Sheriff Mike Robinson, Washington County.

In 2020, law enforcement faced a critical eye, meaning people who may have considered the career before may shy away now.

“We as law enforcement leaders have to do a better job on correcting our image but also putting it back out there that this is a good profession,” Hudson said.

“A majority of the training that they’re (advocates are) pushing for with these new laws and referendums we’ve already been doing them,” Leonardo said.

The Washington County Sheriff adds those benefits aren’t something he can change; it’d have to be lawmakers.

“It’s not only the pay, but the retirement systems they have compared to the smaller agencies. We can’t compete with it. We know it,” Robinson said.

The proximity to Omaha also presents another problem.

Smaller departments say when they hire and train someone, that person is often recruited by another agency.

“It’s devastating, because we train up these individuals, we bring them through academy, we get them on our department then about 2-3 years later they leave for another department,” Hudson said.

In more rural areas, that can leave departments with critical staffing shortages, and mandatory overtime.

“I am tired of just trying to tread water and keep my head above water.”

So, what’s the plan to bolster their ranks? “I’m going to go to Norfolk to the community college up there. And I’m going to recruit there the same way other people have recruited,” Lager said.

Multiple departments are planning cadet recruitment pipelines, working with local schools to tap into those with an interest in policing.

Others are hoping to target communities not well represented in their departments.

They’re hopeful they can push for change in benefits, too.

And said they’re working to make sure people are safe by having enough help.

“It’s still a good job and well worth it.” 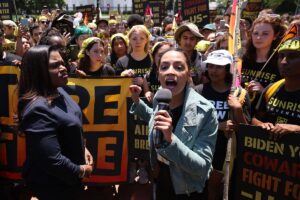 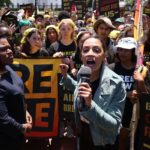 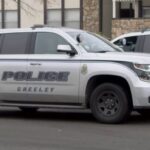 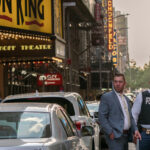