Although students and parents will not be returning to their Los Angeles public school anytime soon, when campuses do reopen, L.A. Unified plans to operate a website that will provide detailed information about coronavirus outbreaks at an individual campus and even each classroom.

Under the plan — part of the district’s ambitious testing and contact tracing plan for all students, staff and their families — anyone could learn the number of positive cases to date and the number of active cases broken down by school, grade and by the small “cohorts” of students who will spend the day together once campuses are able to reopen.

Students or staff would not be identified. But parents could learn, for example, about a new case among the 12 first-graders in a particular cohort. In that example, the public web page would note: “All families of students in Cohort 1A are notified to stay home and students in 1A will participate in online learning until health guidelines allow their return.”

The online information also would allow parents to learn about what’s going on at L.A. Unified schools around them, such as how many schools nearby are open or closed and test results in the school community by age. The age range starts at newborn to 5 and goes up to 71-plus, because the goal is to include information about infections among all family members. Families would not be identified.

If the district’s testing, tracing and website plan unfolds as described, it could be one of the most detailed to date for a U.S. school district, involving nearly 500,000 students and 75,000 staff members. Last month, schools Supt. Austin Beutner said the district effort is part of a partnership that includes UCLA, Stanford and Johns Hopkins University, Microsoft, Anthem Blue Cross and HealthNet, among others — with a price tag of roughly $300 per student over a year, for close to $150 million.

The district has received hundreds of millions of dollars in coronavirus-related aid but has given few details of exactly how the testing would be paid for.

The website information could help schools to open and operate as safely as possible, when the time comes, Beutner said. No campus in Los Angeles County will be allowed to reopen to all K-12 students until at least November, county Public Health Director Barbara Ferrer said late last week.

“Don’t expect to see a decision about a return to school classrooms by students until the case rate in the area is significantly lower and remains there,” Beutner said in remarks scheduled for broadcast Monday morning. “Los Angeles is purple on the state dashboard, the highest risk category, defined as widespread COVID-19 transmission in the area. That means it’s not appropriate for students to be back in classrooms.”

As of Monday, schools in Los Angeles County are permitted to open to serve small groups of students with special needs, such as students with disabilities and students learning English. But the process for bringing students back involves extensive safety measures and negotiations with employee groups, notably the teachers union. And most public schools in the county’s 80 districts do not appear ready to bring back immediately any groups of students for instruction.

But at some point in the weeks or months ahead, Beutner sees the testing and tracing effort as a necessary component to reopening campuses.

As part of the ramp up, L.A. Unified on Thursday and Friday tested more than 5,000 staff members and their children. Five tests came back positive, he said.

Beutner added that, over the next several weeks, all staff and students will be provided with an initial, baseline test. After this, “there will be periodic testing based on advice from epidemiologists” at Stanford, UCLA and Johns Hopkins.

The district also will provide testing for household members of students or staff who test positive for the coronavirus or who show symptoms. In this way, the L.A. Unified initiative will feed into the larger county health program. Beutner said that the district is prepared to test 5,000 people per day this week and that it soon hopes to test 20,000 per day.

As part of an official kickoff, Beutner was scheduled Monday morning to be tested at a school in Wilmington, along with school board President Richard Vladovic.

“Testing at schools will be for all in the school community, including many from neighborhoods which have lacked access to testing,” Beutner said. “We’ll also be including far more children in our testing effort.”

“The information from this program, which is based on a school community, will be of value to researchers and policy makers as they develop plans to combat the virus and provide additional support to schools,” he added. 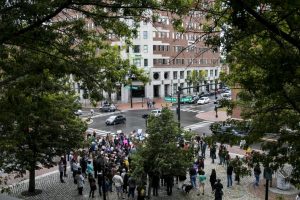 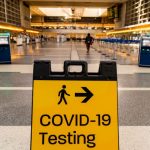 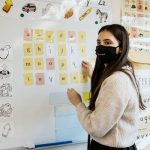 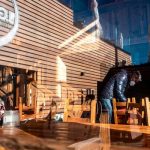 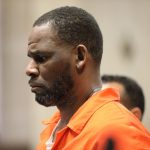