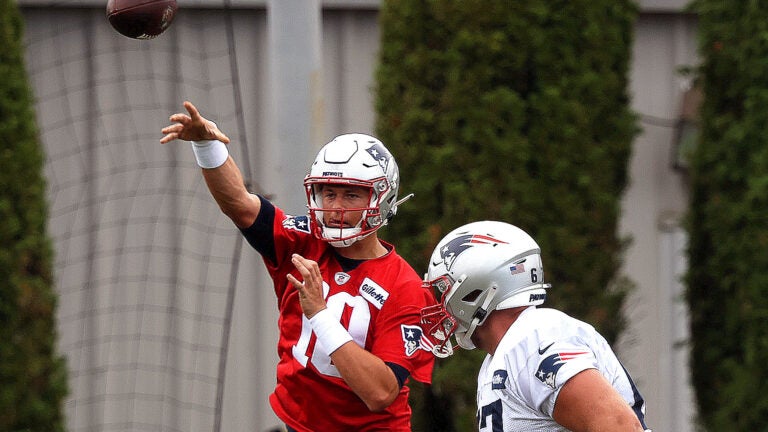 If you wanted insights on why the Patriots went with Mac Jones as their starting quarterback over the veteran Cam Newton, head coach Bill Belichick wasn’t the guy to shed any light on the situation.

In fact, Belichick spent most of his Wednesday morning press conference dodging questions about Newton’s release (and the quarterback’s vaccination status) more aggressively than Dion Lewis juking the Dallas Cowboys. (More on that later.)

Fortunately, Patriots offensive coordinator Josh McDaniels also spoke with the media Wednesday and gave a number of insights into what went into naming Jones the winner of the most intriguing quarterback competition in the league.

The bottom line, as many of us thought: the rookie first-round pick flat-out won the job by being better than the Patriots expected.

“He’s been well-prepared each day to come in and do the things we ask our guys to do,” McDaniels said of his young quarterback. “He’s learned how to operate what we’ve asked him to operate so far fairly well. He’s improved, and he continues to make progress. He’s generally taking care of the football, and he’s given the other 10 guys on the field an opportunity to do their job effectively and produce positive plays.”

In short, he’s playing like a prototypical Patriots quarterback mere months into his NFL career.

McDaniels further praised Jones’s approach and ability to process information quickly — something’s apparent in his quick decision-making and ability to get the ball out of his hands early and to the correct receiver.

But the coach also highlighted the rookie passer’s penchant for bouncing back from and correcting mistakes.

“That’s a never-ending process for any player,” McDaniels said of Jones. “He’s a great listener. He tries not to make the same mistake twice. Not saying that doesn’t do that at times, but I think he’s shown a strong aptitude at a young age to put those mistakes behind him and then move on and try to continue to improve as a quarterback.”

Like Belichick, McDaniels didn’t reveal the point at which Jones had effectively clinched the job, though Belichick hinted earlier this week that joint practices may have been a heavier point of emphasis than the preseason games themselves. (Jones, if you recall, excelled in last Wednesday’s joint practice with the Giants with Newton out due to a COVID protocol misunderstanding.)

However, the play-caller noted that the two quarterbacks essentially split their number of reps throughout camp in total, suggesting the “who the reps were against” part wasn’t as important as “what you did with the reps” portion.

“He just continues to put the game and the team first,” he said. “He studies hard at the game. He tries to make the corrections that we coach him on. Then, he goes out there and tries to do it the right way. Never makes excuses…that’s the best way for any of us to approach our jobs.”

That approach helped win over his veteran teammates, with James White and David Andrews speaking highly on Tuesday of Jones’s maturation and work ethic in the short time he’s been with the Patriots.

McDaniels described the competition between Jones and Newton as “very competitive,” noting that Newton had also improved and had made progress in the offense after joining the team before training camp last year.

When asked about the former MVP’s departure, the offensive coach said, “These days are never easy.”

“I have a tremendous amount of respect for him as a player…as a human being, as a person,” McDaniels said of Newton. “And he knows how I feel about him…I think he did everything he could that we asked him to do to try to help us win and help us prepare this year to improve. And for that I’m very grateful and appreciative of all the things he did, all the work he put in. Hopefully you build a relationship that will last well beyond football. And I believe that’s the case here.” 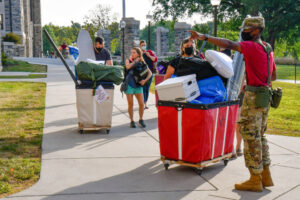 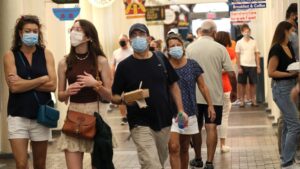 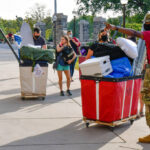 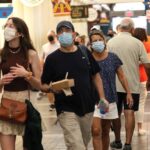 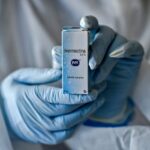