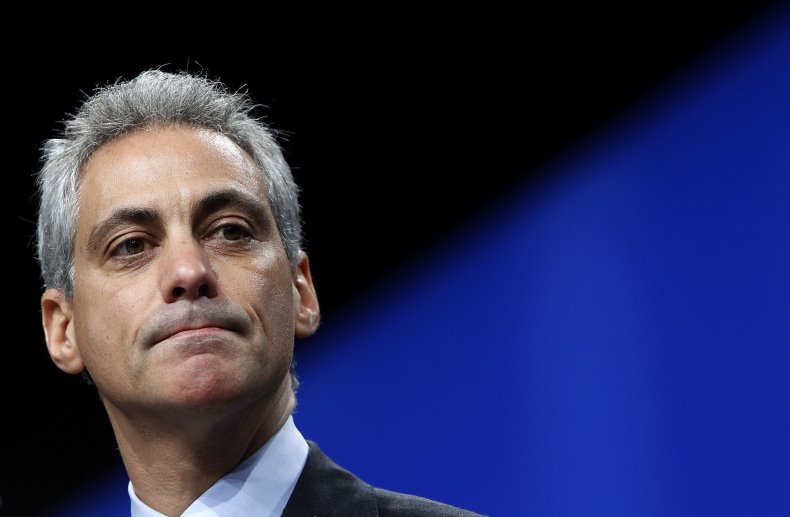 Last week, it was reported that President-elect Joe Biden was considering Emanuel, the former mayor of Chicago, for a cabinet position.

Emanuel, who also served as Barack Obama‘s White House chief of staff, was reportedly being considered by Biden as secretary of the Department of Transportation.

But following a backlash from critics who said Emanuel’s role in the police cover-up of the 2014 shooting of McDonald—a 17-year-old Black teenager—was disqualifying, he is now reportedly being floated for a less prominent role as a trade representative.

In an interview with Newsweek, Hunter said he was furious that Emanuel was in contention for any role in the Biden administration, adding that it was “a slap in the face” to the Black Americans that helped win him the White House.

Emanuel was Chicago’s mayor when the city fought to prevent the release of video footage showing Jason Van Dyke, a white officer, shooting McDonald 16 times while he was walking away.

Hunter said Emanuel had helped cover up McDonald’s murder for his own political gain and never apologized for it. Rahm had already won a second term as Chicago’s mayor when the video was released in November 2015, triggering protests.

“We do not need people like this in American government, he does not represent what a democracy is,” he added. “When a person shows you who he is, you have to believe them and he has shown us who he is, being the mayor of one of the largest cities in the United States of America.

“And if he could do what he’s done to Chicago, imagine what would happen to America if he had any kind of authority?”

Biden giving Emanuel a position in his administration would be “a gross mistake,” Hunter added, as well as at odds with Biden and Vice President-elect Kamala Harris‘s plans to unite the nation.

“If I was advising Mr. Biden, I would certainly advise him against it and there are thousands of people in this country that feel the way that I do,” he said.

“To even consider him is a direct contrast to the platforms in which they stood on, about bringing America back together, bringing peace in America, getting rid of the division.”

Hiring Emanuel after a year that saw a nationwide reckoning sparked by the police killings of George Floyd and other Black people and on the heels of Donald Trump‘s divisive presidency would only reignite tensions, he said.

“The protests, I believe, will start all over again and I’ll probably be leading the charge.”

Emanuel, he added, “has enough money to go quietly… and live his life the way he chooses to do so, without affecting the lives of American citizens.

The Biden transition team has been contacted for comment.