Jabrill Peppers is one of the most enthusiastic players you will ever meet, a guy who wears his emotions on his sleeve and whose electrifying personality can invigorate the entire team.

But Peppers was noticeably subdued on Tuesday, a sign that not all is well with a player who once was a central figure on the Giants’ defense. After playing fewer than half the defensive snaps in Sunday’s 27-13 loss, Peppers seemed at a loss to explain why he was used less by defensive coordinator Patrick Graham.

Peppers offered only clipped answers when asked about whether it’s difficult playing far fewer snaps, while veteran Logan Ryan and second-year safety Xavier McKinney have been featured in larger roles.

Peppers is reminded that he’s a player who feeds off emotion, a player who can change the course of a game with a big hit or a turnover. So is it tough to play that way with fewer opportunities?

“You could say that,” he replied, keeping a straight face.

And how will he approach things in Thursday night’s nationally televised game against the Washington Football Team in the Giants’ first divisional game of the season?

Sorry, this does not sound like the emotional leader of the defense that Peppers became last season. This sounds more like a player who has been stung by a demotion. And a player who once was viewed as a long-term answer at his position, but now must be wondering what kind of future there is with the Giants.

Peppers admits there were issues against the Broncos, that his play could have been better.

“Subpar,” he called it. “I gave up two big third downs. I gave up a catch in the red zone. The standard I hold myself to, those are routes that I usually cover in my sleep. It is what it is. I’ve just got to go back to the drawing board, hone in and get better.”

“In terms of Pep, I wouldn’t read anything into that at all,” Judge said. “Pep’s a guy who’s going to play a lot of ball for us. Pep’s going to play a lot in a significant role, he’s a captain on this team, he’s a key member of our defense and our special teams units … It wasn’t anything reflected on how he’s played or performed. If anything, we came out of there with some of the things he did in the game, saying, ‘Hey, he’s a guy we want to have on the field as much as possible.’”

We’ll soon find out. With the Giants needing to recover immediately from a lethargic Week 1 loss at home, the defense must show measurable improvement to avoid yet another 0-2 start.

Peppers hopes to be a part of that, but his body language Tuesday suggested that he is unsure just where he stands with this defense. He once seemed like the heir apparent to Landon Collins, who went to Washington on a massive free-agent deal in 2019.

In fact, one of the apparent benefits of the blockbuster trade of Odell Beckham Jr. was that the Giants were getting a reliable young safety in Peppers as part of the deal. But now you can’t be sure whether Peppers is going to be a Giant for much longer. The team committed to Ryan after his excellent season in 2020, and McKinney, the first pick of the second round last season, isn’t going anywhere.

Peppers won’t look that far ahead, but it’s fair to question where his future lies. He’s in the fifth year of his rookie deal, but keeping him beyond this season as an unrestricted free agent might be a bridge too far. Especially for a team that is already stretched thin with the salary cap.

For now, he’ll concentrate on playing better with the chances that come his way. Just how many opportunities there are will determine whether the one-time engine for the Giants’ defense will soon become just a spare part. 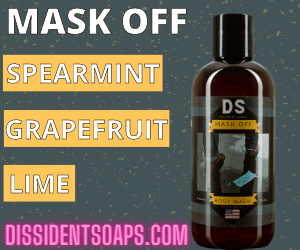 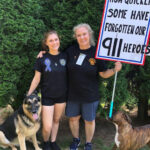 Connecticut mother, daughter charged in Jan. 6 riot after Facebook friend turns them in 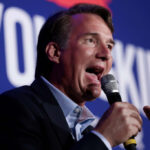 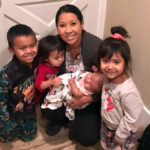 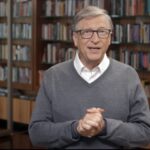 Bill Gates: COVID-19 Has Worsened Inequality and Weakened Our Preparedness for the Next Pandemic