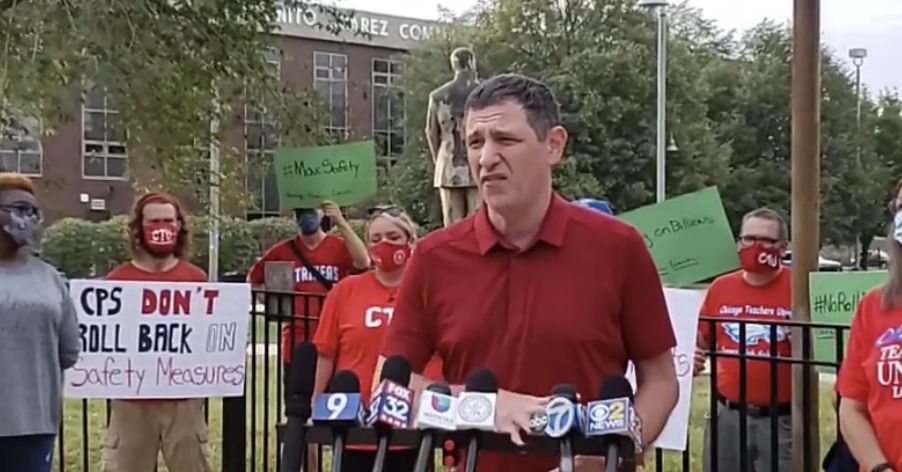 As students prepare to return to classrooms, Chicago Teachers Union leaders on Wednesday said they were at an “impasse” with city officials in talks over additional safety precautions to protect children and staff from the highly contagious Delta variant.

News that an agreement was again looking elusive was sure to bring familiar anxiety to Chicago Public Schools parents who have seen the district and union drag out health and safety negotiations twice before during the pandemic.

But CTU President Jesse Sharkey assured families teachers would go to schools next week for the planned return to full-time in-person learning even without an agreement in hand — leaving the prospects of another walkout unlikely, at least to start the school year.

One key provision union leaders want in place is a metric by which schools would close if COVID-19 cases surpass a certain level, Sharkey said at a news conference Wednesday morning outside Benito Juarez Community Academy in Pilsen. CPS officials thus far have not agreed to maintain the previous school year’s threshold, he said.

“Last year we had 6 feet, which was extremely important during meal time, for example, when kids take off their masks,” he said.

“If we go back in and there’s a dangerous surge, we count on the mayor and the district to do the right thing — and if they don’t, we’ll take matters into our own hands,” Sharkey said.

A CPS representative didn’t immediately return a request for comment.

Wednesday marked the return to school for clerks. Next week, teachers and other staff will return for professional development. The week after that, students will be back in class before Labor Day for the first time in almost a decade.

“We’re going to continue fighting and making a stink about trying to get the agreements that would help make the return to in-person school as safe as possible,” Sharkey said.

CPS has said only unvaccinated kids will need to quarantine if they’re identified as a close contact of a confirmed COVID-19 case. That leaves open the possibility of some split classrooms, with some kids learning remotely while others remain in person.

To avoid that so-called “simultaneous instruction,” which teachers have complained about for the past year, Sharkey called for hiring additional teacher assistants or substitute teachers. It is “extremely difficult,” Sharkey said, to teach kids in class and at home at the same time.

Sharkey also called for additional efforts to vaccinate students, noting that outcomes could be especially dire in parts of the city where vaccinations remain low.

“If this winds up being a runaway surge, where people are getting sick, being hospitalized and dying, we’re going to take action,” Sharkey said. “I think parents are going to support that and we’re not going to simply sit there and participate in mass spreader events inside of our schools, we would take action before that happens, so we’ll see.” 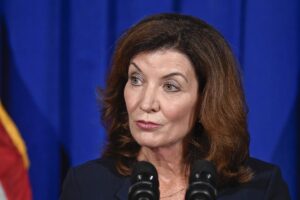 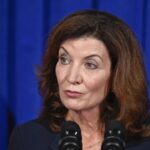 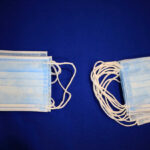 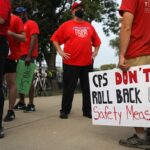 Chicago Teachers Union at ‘impasse’ with CPS ahead of fall reopening of schools, union president says 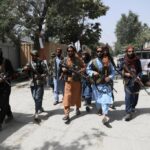