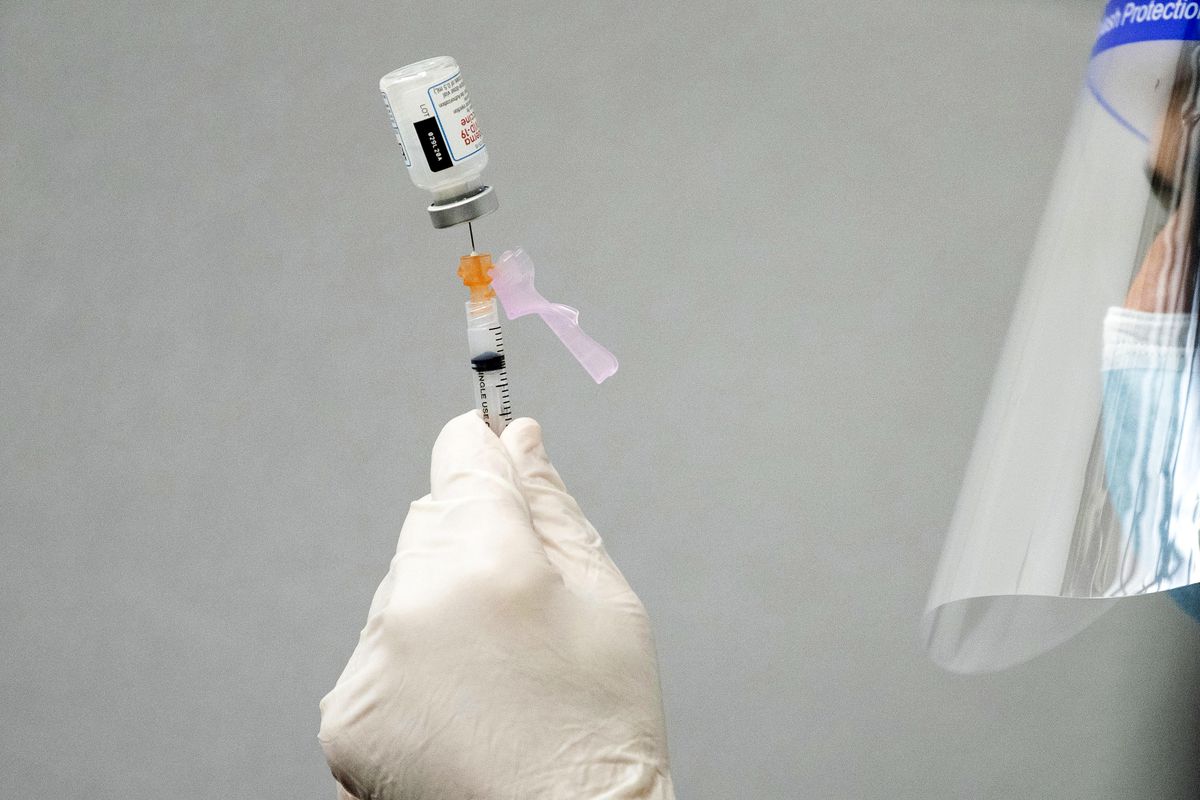 Illinois public health officials on Friday announced another record-breaking day for COVID-19 vaccine doses administered, as the state logged 3,660 new cases of the disease and 83 more deaths attributed to it.

A total of 74,965 shots went into arms Thursday, nearly 10,000 more than the state’s previous high mark set earlier in the week, according to the Illinois Department of Public Health.

Seven of Illinois’ most prolific vaccination days have been tallied since Jan. 26, with the state’s rolling average of daily doses administered now rising to 49,082.

Gov. J.B. Pritzker said he expects the ramp-up to continue as shipments from the federal government gradually increase, as more vaccination sets are set up across the state — and another vaccine developed by Johnson & Johnson nears approval by the U.S. Food and Drug Administration.

“I hope that we’ll see this third vaccine in the supply pipeline not too many weeks from now. In the meantime, we need to be patient,” Pritzker said after touring a Rockford vaccination site.

2:01 p.m. Coronavirus cases drop at US nursing homes for elderly and infirm

BIRMINGHAM, Ala. — Coronavirus cases have dropped at U.S. nursing homes and other long-term care facilities over the past few weeks, offering a glimmer of hope that health officials attribute to the start of vaccinations, an easing of the post-holiday surge and better prevention, among other reasons.

More than 153,000 residents of the country’s nursing homes and assisted living centers have died of COVID-19, accounting for 36% of the U.S. pandemic death toll, according to the COVID Tracking Project. Many of the roughly 2 million people who live at such facilities remain cut off from loved ones because of the risk of infection. The virus still kills thousands of them weekly.

The overall trend for long-term care residents is improving, though, with fewer new cases recorded and fewer facilities reporting outbreaks. Coupled with better figures for the country overall, it’s cause for optimism even if it’s too early to declare victory.

“We definitely think there’s hope and there’s light at the end of the tunnel,” said Marty Wright, who heads a nursing home trade group in West Virginia. 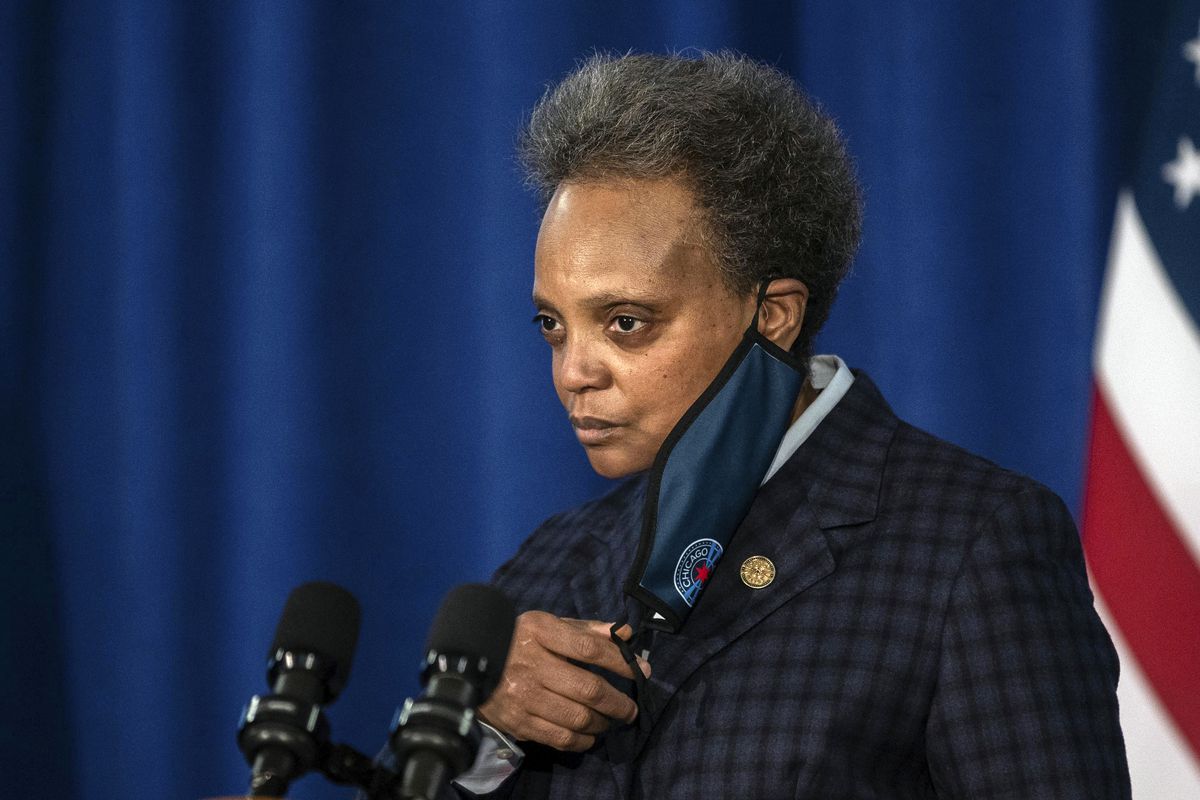 Chicago Mayor Lori Lightfoot removes her face mask before speaking during a press conference where she demanded the Chicago Teachers Union to reach a deal with Chicago Public Schools on a reopening plan at City Hall, Thursday morning, Feb. 4, 2021, in Chicago. Pat Nabong/Sun-Times

Mayor Lori Lightfoot said Thursday she was out of patience with the Chicago Teachers Union — but her declaration that she wanted a deal to reopen schools “today” did not lead to an agreement as of late evening.

The CTU accused the district in a late night statement of rejecting its most pressing demands, and called for two news conferences the next morning with union leaders, teachers and state lawmakers who in a letter Thursday urged the mayor to reach a settlement.

While the union prepared for continued talks, little news came out of the mayor’s office after a 5:30 p.m. update said “we received a counter proposal from CTU leadership and are working on a response.” Details of the union’s offer were not shared.

At a morning news conference, the mayor said “the ball is in the CTU’s court.” She said she was “deeply disappointed to announce we still have not reached a deal. [Wednesday], there were a series of steps backwards that were simply not productive.”

Lightfoot said “we are out of runway” after more than 80 meetings between the two sides and CPS having “bent over backward” to accommodate CTU’s health and safety concerns. These were the mayor’s first critical comments about the union since her harsh news conference last Friday night, and they came after a “48 hour cooling-off period” that featured little public acrimony ended Wednesday.

TEL AVIV, Israel (AP) — When it comes to fighting the coronavirus, Israel is discovering the limits of vaccines.

The country famous for its high-tech prowess and spirit of innovation is home to the world’s speediest vaccination drive, fueled from the top by national pride and a deep longing to start “getting back to life,” as Prime Minister Benjamin Netanyahu put it.

But experts say reopening the country will still take months, complicated by coronavirus mutations that have spread from Britain and South Africa, a refusal among some sectors to adhere to safety rules and wobbles in the pace of vaccinations of people under 60.

While the government is expected to begin easing a third nationwide lockdown in the coming days, there are likely to be further, partial closings as the threat ebbs and flows.

“This is going to be a balancing act,” said Eyal Leshem, director of the Center for Travel Medicine and Tropical Diseases at Sheba Medical Center.

In an impressive feat, more than a third of Israel’s 9.3 million people have received at least one shot in mere weeks, and over 1.9 million have gotten both doses, perhaps putting the country on track to inoculate nearly its entire adult population by the end of March.

WASHINGTON — The Pentagon will deploy troops to assist getting Americans vaccinated against COVID-19, the White House said Friday.

President Joe Biden has called for setting up 100 mass vaccination centers around the country within a month. Two are opening in California, and Slavitt said military personnel will arrive at those centers in a little over a week.

The Pentagon has scheduled a news briefing later Friday to provide more information about the military role.

WASHINGTON — President Joe Biden met Friday with leading House Democrats who aim to put his $1.9 trillion coronavirus relief package on a fast track to becoming law, drawing on new signs of strain in the economy to push for its approval.

“We can’t do too much here, we can do too little,” he told them. “Real, live people are hurting. And we can fix it. And we can fix it and the irony of all ironies is when we help them, we are also helping our competitive capacity, through the remainder of this decade.”

The Senate early Friday approved a measure that would let Democrats muscle the relief plan through the chamber without Republican support. Vice President Kamala Harris was in the chair to cast the tie-breaking vote, her first.

Senate Democrats applauded after Harris announced the 51-50 vote at around 5:30 a.m. The action came after a grueling all-night session, where senators voted on amendments that could define the contours of the eventual COVID-19 aid bill.

The budget now returns to the House, where it will likely be approved again Friday to reflect the changes made by the Senate. The measure can then work its way through committees so that additional relief can be finalized by mid-March, when extra unemployment assistance and other pandemic aid expires. It’s an aggressive timeline that will test the ability of the new administration and Congress to deliver.

It has been two weeks since mail had been delivered to Randy Williams’ Englewood home.

Williams, who had a heart and kidney transplant just over a year ago, avoids large groups, since his preconditions put him at higher risk from COVID-19.

But on Thursday, he could wait no longer; he was expecting medications and some important documents.

So he headed to the Englewood post office, 6559 S. Ashland Ave., to see if his mail was there.

He wasn’t the only one.

“I had to come up here to look for my mail in a post office with 30 or 40 people in it,” Williams said Thursday morning outside the post office. “I came up here with no mail in two weeks and she gave me one piece of mail.”

Three aldermen — Stephanie Coleman (16th), David Moore (17th) and Raymond Lopez (15th) — were outside that post office Thursday to voice frustration with the U.S. Postal Service and local congressional representatives they say have ignored their concerns.

Coleman said the lack of mail is “another epidemic” for thousands of seniors and others on the South Side, who have been calling their offices to complain.

“This would not happen in Wrigleyville, this is not tolerated in the Gold Coast or on Lake Shore,” Coleman said. “It is unacceptable that our seniors, our residents, our taxpayers are complaining about not getting their mail.”

3:32 p.m. Making a list, getting ready to make up for lost time, which can’t come soon enough

There’s an Italian restaurant we like on Ogden Avenue in Clarendon Hills called ZaZa’s. It’s nothing fancy, just good food.

Even in normal times, we don’t get to ZaZa’s often because it’s quite a hike from where we live now in the city. With the virus, it’s been at least a year since we’ve eaten there.

One of ZaZa’s specialties is something they call Pesce Bianco al Spinaci, which the menu describes as “whitefish roasted with extra virgin olive oil, capers, lemon and white wine, served with a side of fire-roasted spinach.”

It’s soooo good. The fish. The sauce. I can’t stop thinking about it lately.

I’ve pretty much decided to put it at the top of The List.

You know, The List — all the things you want to do when this is finally over.

Surely, you have one by now, if only in your head.

At this point, it’s not so much a matter of whether you’re thinking about what you’re going to do when the pandemic winds down as whether you can think about anything else. That can be a problem, of course, because, even with the vaccines, we’ve still got a long ways to go.

Perhaps you’re one of the 6.4 million fortunate Americans who, as of Thursday, has received both doses of the COVID-19 vaccine.

“So what now?,” you might be wondering. “Can I go back to my normal life — take a plane trip, visit family and friends — without worrying?”

The good news is that both vaccines now in wide use are 94% to 95% effective against the coronavirus. That plane trip or visit to the grocery store definitely is safer for you. It is not nearly so out of line.

But not so fast, say experts across the board. Move forward only with an abundance of caution. Continue to wear a mask, says the Centers for Disease Control. Maintain social distancing. Wash your hands every bit as frequently. You might even want to double up the mask.

And our advice is to follow their advice, as always, frustrating as that is.

The overwhelming majority of Americans have yet to receive even their first vaccine shot and are still unprotected. Scientists are not certain whether those who’ve been vaccinated no longer can transmit the virus. And more easily transmissible variants of the coronavirus are beginning to emerge. It’s unclear how much protection the current vaccines provide against these new mutations, though the results of early investigations are encouraging.

Read the full editorial from our CST Editorial Board here. 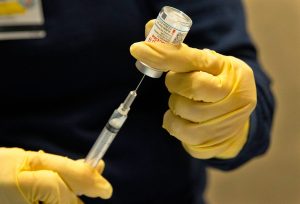 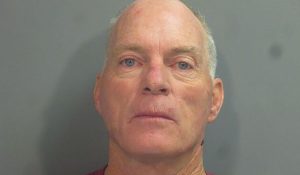