How Panic Spread in the Early Days of COVID-19 | Opinion 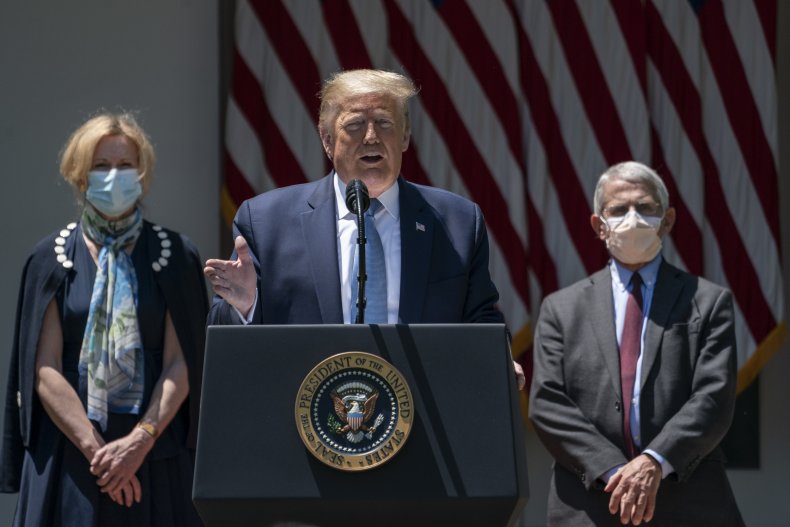 This essay is adapted from A Plague Upon Our House by Scott Atlas, due out from Bombardier Books December 7.

It was February 2020, and news accounts had been describing increasingly alarming information about a deadly new virus emanating from Wuhan, China. Apart from my general concern about the spread of the infection, I was confused about some of the basic numbers being aired. The overall message coming from the World Health Organization (WHO) seemed to have obvious flaws. The extremely high risk estimates seemed very misleading. Even worst—the reported fatality rates were based only on patients who were sick enough to seek medical care rather than on the undoubtedly much larger population of infected individuals. I was stunned that this basic methodological flaw was being overlooked by almost everyone, while the resulting fatality rate of 3.4 percent was highlighted throughout the media. Every legitimate medical scientist should have called that out. Their silence was puzzling.

In the United States and throughout the world, a naive discussion about statistical models ensued. To an extraordinary and unprecedented extent, these epidemiological models were featured front and center in news coverage, with no perspective on the models’ usefulness. Reminiscent of other legendary frenzies in history, like the tulip bulb mania or the tech stock bubble, hypothetical extreme-risk scenarios went seemingly unchallenged and were given absolute credence.

At the same time, common sense and well-established principles of medicine were being ignored. Every second-year medical student knew that the elderly were almost certainly the most vulnerable group of people, since they were virtually always at highest risk of death and serious consequences from respiratory infections. Yet this was not stressed. To the contrary, the implication of reports and the public faces of official expertise implied that everyone was equally in danger. Even the initial evidence showed that elderly, frail people with preexisting comorbidities—conditions that weakened their natural immunological defenses—were the ones at highest risk of death. This was a feature shared by other respiratory viruses, including seasonal influenza. The one unusual feature of this virus was the fact that children had an extraordinarily low risk. Yet this positive and reassuring news was never emphasized. Instead, with total disregard of the evidence of selective risk consistent with other respiratory viruses, public health officials recommended draconian isolation of everyone.

The architects of the American lockdown strategy were Dr. Anthony Fauci and Dr. Deborah Birx. With Dr. Robert Redfield, the director of the CDC, they were the most influential medical members of the White House Coronavirus Task Force.

The task force quickly expanded to include a new chairman, Vice President Mike Pence. The White House also announced that Birx would be the task force’s coordinator. She had worked in the State Department as the U.S. AIDS coordinator under the Obama and Trump administrations—hence she was often addressed by the honorific “ambassador.” The task force ultimately included representation from numerous federal agencies concerned with health, science, national emergencies and logistics, the economy and many other relevant concerns.

The task force dealt with a number of issues at its origin. Since the country had not been well prepared for a pandemic, one of the primary tasks was to develop adequate testing—a key public health measure in early infectious disease outbreaks. The second main set of tasks centered around the production and logistics of supportive medical equipment, including ventilators, personal protective supplies for hospitals and extra beds and personnel to accommodate sick patients anticipated to overwhelm the system.

Dr. Birx, Dr. Redfield and Dr. Fauci—often called “the nation’s top expert in infectious disease”—dominated all discussions about the health and medical aspects of the emerging pandemic. One thing was very clear: all three were cut from the same cloth. First, they were all bureaucrats, with a background in various government agencies. Second, they shared a long history in HIV/AIDS as a public health crisis. That was problematic, because HIV couldn’t be more different from SARS2 in its biology, its amenability to testing and contact tracing, its spread and the implications of those facts for its control. Indeed, the three of them spent many years focusing on the development of a vaccine, rather than treatment, for HIV/AIDS—a vaccine that still does not exist.

It’s also worth noting Dr. Fauci’s history in regard to AIDS. He created headlines for his alarmist speculations in his 1983 JAMA editorial that AIDS could be transmitted by “routine close contact, as within a family household.” It had already been known that transmission happened via fluids through blood or sexual contact. Less than two months later, on June 26 in The Baltimore Sun, Fauci publicly contradicted his own explosive claim: “It is absolutely preposterous to suggest that AIDS can be contracted through normal social contact like being in the same room with someone or sitting on a bus with them. The poor gays have received a very raw deal on this.” That seemed like quite a flip-flop, with no new evidence or explanation given—more reminiscent of a politician than a reliable scientist.

Most others on the task force were juggling several concerns or had no medical background. This was one more responsibility added to their portfolios, so they deferred to those deemed medical experts. Drs. Birx and Fauci commandeered federal policy under President Trump and publicly advocated for a total societal shutdown. Instead of focusing on protecting the most vulnerable, their illogical and extraordinarily blunt response—despite its predictable, wide-ranging harms—was instituted as though it were simple common sense.

Over those first several weeks, fear had taken hold of the public. Media commentators and even policy experts, many of whom had no expertise on health care, were filling the airwaves and opinion pages with naive and incorrect predictions. This misinformation was going unchecked, and was indeed repeatedly endorsed and sensationalized. Some whom I had previously considered among my smartest colleagues and friends expressed great confusion and a striking absence of logic in analyzing what was happening.

I asked myself time and again, “Where are the critical thinkers?”

After more than 15 years a health policy researcher and decades in medical science and data analysis, I had never seen such flawed thinking. I was bewildered at the lack of logic, the absence of common sense and the reliance on fundamentally flawed science. Suddenly, computer modelers and people without any perspective about clinical illnesses were dominating the airwaves. Along with millions of other Americans, I began witnessing unprecedented responses from those in power and nonscientific recommendations by public health spokespeople: societal lockdowns including business and school closures, stay-at-home restrictions on individual movements, and arbitrary decrees by local, state, and federal governments.

These recommendations were not just based on panic; they were responsible for generating even more panic. COVID rapidly became the most important health policy crisis in a century. 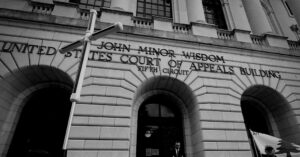 On Abortion and Covid-19, a Court Goes Rogue

On Abortion and Covid-19, a Court Goes Rogue 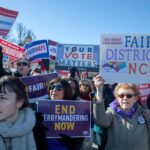 How the War Over Redistricting Broke Open 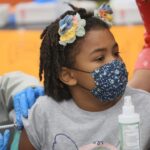 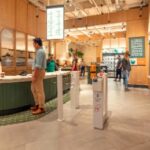