The opponent was of no consequence to Gerrit Cole and the Yankees.

After the shortest MLB season of them all — the COVID-19 60-game version played in front of zero fans in ballparks across the country in 2020 — there would be fans in the seats at Yankee Stadium.

“Great,” Cole said Wednesday of facing the Blue Jays, a young team with a potentially fearsome lineup that could make it an AL East contender. “Bring it on.”

Cole brought it well enough but was long gone when it was decided. Ultimately, it was Toronto bringing it when things mattered most, prevailing 3-2 in 10 innings to send the vast majority of the sellout crowd of 10,850 that was vocal from the start of the crisp, 43-degree afternoon, home unhappy.

A Yankees offense many opposing team scouts believed went through the motions most of spring training continued along those lines much of the afternoon, going 0-for-7 with runners in scoring position and stranding 10, the lone highlight Gary Sanchez’s two-run homer. Sanchez was far and away the star for the Yankees, catching Cole well and also throwing out a runner on a day in which he went 2-for-3 with a walk.

The Yankees’ modest three-game winning streak on Opening Day came to and end.

Righty Nick Nelson, who won a bullpen spot with a standout spring, found the season opener a far different circumstance. Per the runner-on-second-in-extra-innings rule put in last year, pinch runner Jonathan Davis started the 10th there for the Blue Jays. Randal Grichuk led off and lined a 1-and-0 fastball that came in 97 mph and straight over Aaron Judge’s head in right, the double making it 3-2. The run, per rule, was unearned and Nelson did recover to strike out the side.

Toronto righty Julian Merryweather came on in the bottom half with Judge, who grounded into a 5-4-3 double play with the bases loaded to end the seventh and struck out with a runner on second to end the ninth, beginning the inning on second.

Merryweather struck out Aaron Hicks and Giancarlo Stanton, who went 0-for-5 after a good spring and heard a hearty round of boos after strikeouts in the eighth and 10th innings, for two quick outs. Gleyber Torres went down on strikes to end the three-hour, 44-minute contest.

After Hyun-Jin Ryu struck out two in a perfect bottom half of the first, the Blue Jays took the lead in the second. Teoscar Hernandez led off with a sharp ground single past Torres and Vladimir Guerrero Jr. followed by whistling a single, which came off his bat at 114 mph, into center. Lourdes Gurriel Jr.’s single to center off a slider made it 1-0. Cole did keep it there, getting Rowdy Tellez to pop to first and striking out Grichuk with a full-count slider. Cole fanned Danny Jansen with a 99-mph fastball to end a nine-pitch at-bat and 26-pitch inning.

The Yankees took the lead in the bottom half.

Torres singled with one out and, after Gio Urshela struck out, Sanchez, who slumped horribly at the plate the last part of spring training after hitting three homers early, crushed a first-pitch, 91-mph fastball to left to make it 2-1.

Cole, meanwhile, was settling in. His strikeout of Grichuk started a string of four strikeouts in five batters and six of nine. His seventh of the day, on a slider to Gurriel for the second out of the fourth, made it 19 straight starts with at least seven strikeouts for Cole.

The pitcher cruised until the sixth when, after recording his eighth and final strikeout (Bo Bichette on a slider), Hernandez ripped a first-pitch slider to left, the 28-year-old rightfielder’s 10th career homer vs. the Yankees tying it at 2-2. An agitated Cole was pulled in favor of Chad Green after walking Guerrero. Green got Gurriel to ground into an inning-ending, 5-4-3 double play. 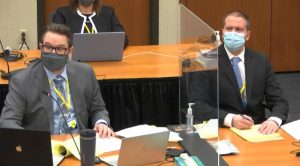 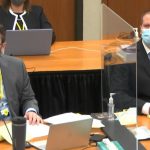 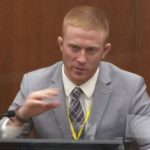