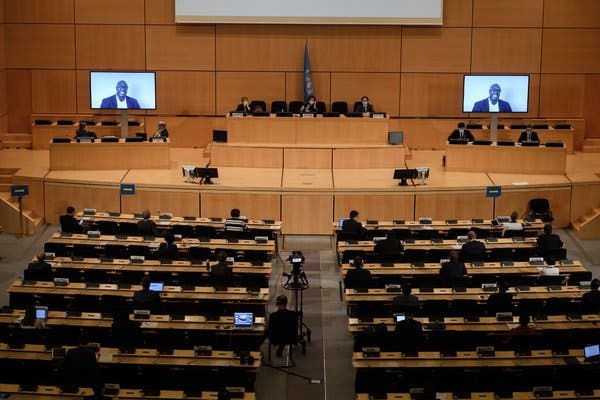 GENEVA — The brother of George Floyd implored the United Nations on Wednesday to mount an investigation into racism, police brutality and police killings of unarmed black people in the United States.

His plea came at the opening of a rare “urgent debate” in the United Nations Human Rights Council in Geneva, focused on systemic racism and policing in America. The session prompted a rebuke from the United States and a diplomatic tussle over how the council would pursue demands for police accountability.

The council’s session, only the fifth convened as an urgent debate in its 16-year history, followed demands for international action issued by human rights groups and experts from dozens of countries who have cited the repeated deaths in the United States of unarmed black people, brutal police tactics against protesters and police assaults on journalists covering them.

A group of African states presented a draft resolution on Tuesday calling for an international commission of inquiry into abuses resulting in deaths of black people in the United States.

At Wednesday’s session, African states put forth a watered-down version of the earlier draft, one calling instead for Michelle Bachelet, the United Nations human rights chief, to conduct an inquiry with the help of other United Nations experts. That would be a much more modest response than a full-fledged commission of inquiry.

The United States pulled out of the Human Rights Council two years ago, accusing its members of bias and hypocrisy. That left it without a voice in Wednesday’s debate, but African diplomats said Washington had forcefully lobbied capitals behind the scenes to forestall a commission of inquiry and to strip specific references to the United States from any resolution.

“We are not above scrutiny,” Andrew Bremberg, the American ambassador to the United Nations in Geneva, said in a statement before the council session started, adding that the United States acknowledged its failings and was addressing them.

But any resolution “that calls out countries by name should be inclusive, noting the many countries where racism is a problem,” Mr. Bremberg said, adding thinly veiled references to China’s mass incarceration of ethnic Uighurs in Xinjiang and the deaths of protesters in Iran.

The debate on the council’s response was scheduled to continue on Thursday, with a vote on any action perhaps coming as soon as the end of the day.

Any outcome that stopped short of calling for a full commission of inquiry would severely disappoint human rights activists, who were pushing for such an international investigation into conditions in the United States.

Failure to follow through on establishing a commission of inquiry would “signal that black lives don’t matter or that if they do, they don’t matter enough for the Human Rights Council to intervene where it should,” E. Tendayi Achiume, a law professor at the University of California, Los Angeles and a United Nations special rapporteur monitoring racism, told the council in a videotaped message.

Some diplomatic and human rights experts said the critical focus on the United States, in a forum where Washington previously had played a leading role in calling the world’s rights abusers to account, underscored the costs of the deepening divide between the Trump administration and international bodies.

“This situation is the end result of a series of catastrophic miscalculations of the Trump administration in its relations with the U.N.,” said Marc Limon, a former diplomat who heads the Universal Rights Group, a Geneva think tank. He noted the vacuum left by American withdrawal from the Human Rights Council and the opportunities that has opened up for China and other critics.

“Some of the countries supporting this urgent debate may be doing so as payback” for America’s treatment of the council and international human rights bodies, said Felice D. Gaer, a veteran human rights defender and director of the Jacob Blaustein Institute for the Advancement of Human Rights. “It’s had many opportunities to show good faith with the international mechanisms and it hasn’t.” 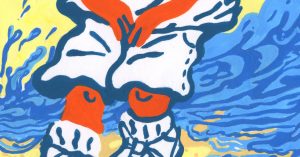 How to Deal With Public Bathrooms During Coronavirus