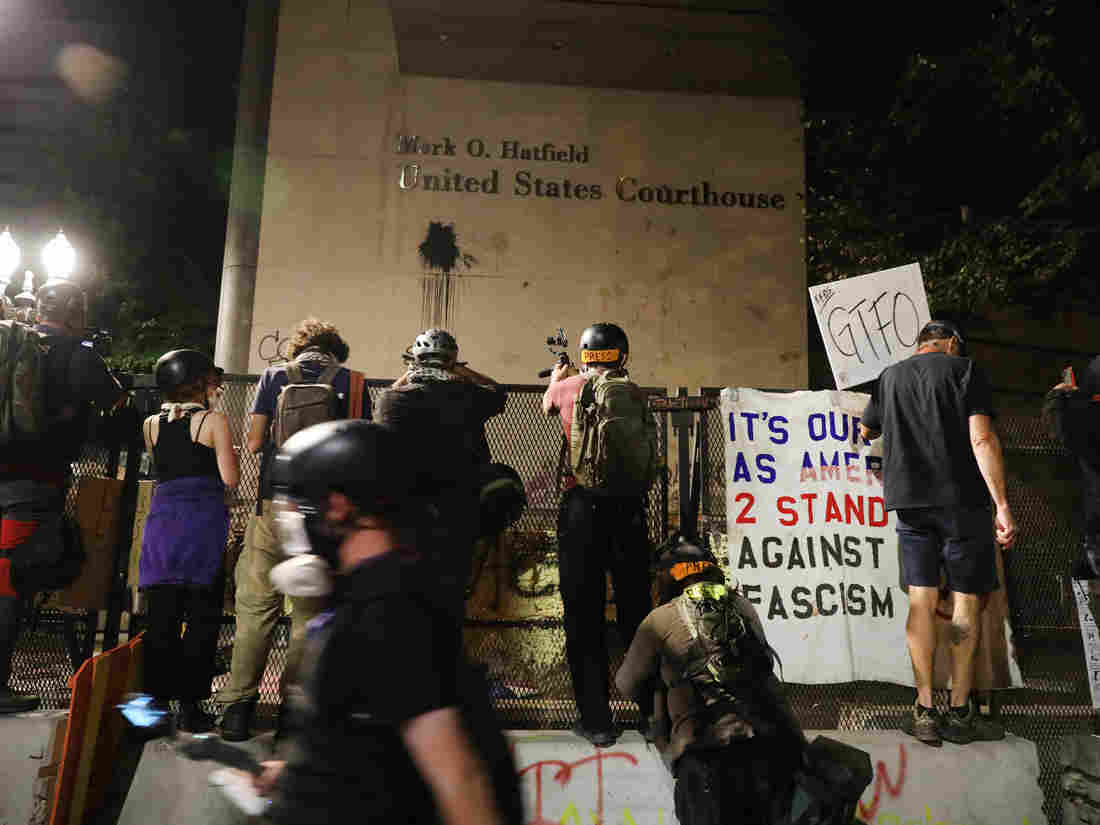 Protesters gather in front of the Mark O. Hatfield federal courthouse in downtown Portland, where some demonstrators have been arrested and others released from jail on the condition that they not attend any more protests. Spencer Platt/Getty Images hide caption

A number of people arrested at demonstrations in Portland, Ore., say the terms of their release prevent them from attending protests going forward, a stipulation First Amendment experts have called cause for concern.

ProPublica reported on Tuesday that at least a dozen protesters arrested in recent weeks are prohibited from attending demonstrations within city or state limits, or in general, while they await trials on federal misdemeanor charges. Protesters say this was one of several conditions — including abiding by a curfew, avoiding the area surrounding the federal courthouse and appearing for court dates — that they had to agree to in order to leave jail.

Bailey Dreibelbis, 23, is one such protester. He told NPR’s Vanessa Romo that he was arrested on the evening of July 22 and released the following afternoon on certain conditions, including that he would not attend any more protests in Portland.

Of the terms of his release, Dreibelbis said his public defender was “pretty clear that if I wanted to be out of there that day, that I would have to take them.”

“She kind of chuckled with me, because I didn’t do anything illegal upon arrest,” he added. “I did not assault an officer, I did not set anything on fire.”

Dreibelbis said he entered an open fence outside the federal courthouse, noting he did not see signs or hear announcements about that area being off limits. A spokesperson for the U.S. Attorney’s Office said Dreibelbis was charged with failing to comply with a lawful order, which is a class c misdemeanor.

Like Dreibelbis, other protesters are facing charges in connection with petty offenses that took place on federal grounds.

According to ProPublica, 18 of the 50 protesters charged in Portland are accused of only minor offenses under federal law that criminalizes certain actions when they happen on federal property or against people on that property. These behaviors include “failure to obey a lawful order” and “disorderly conduct.”

Fourteen protesters were charged with “failing to obey a lawful order” between July 21 and July 24 alone, ProPublica found.

Orders setting conditions for release, reviewed by ProPublica, were signed by a federal magistrate in Portland. Kevin Sonoff of the U.S. Attorney’s Office said in an email to NPR that the prosecutors didn’t seek the “no protest” restriction, that it was added by the court. He said the office did ask for those released to be barred from a five-block limit around the federal courthouse.

“This morning, we joined the Federal Public Defender’s Office in jointly recommending to the court that these additional release conditions be modified,” Sonoff said.

Dreibelbis told NPR he hadn’t initially planned to attend a protest that night — he said he roller skates after work and ended up in that part of town — and is now barred from attending any other protests.

“These conditions are deeply troubling and likely unconstitutional,” Ramya Krishnan, staff attorney at the Knight First Amendment Institute, wrote in an email. “A blanket ban on attending future protests in the city seriously infringes on the First Amendment right to free assembly, and isn’t reasonably related to any legitimate goal of pretrial release.”

Enrique Armijo, a law professor at Elon University, explained that it is not uncommon for criminal defendants to give up certain rights as a condition of their release, but those conditions are typically very narrow, in the interest of public safety and tightly connected to the basis of prosecution.

The agreements in Portland, he said, are overly broad in that they do not show a clear public safety connection between the right the person is being asked to give up and the harm that person is alleged to have committed.

“There’s no way you can say that because of something you may have done with respect to federal property, a federal court is going to say you cannot engage in First Amendment-protected activity in the entire city in which that federal property is located,” Armijo said. “That’s just the definition of what First Amendment law considers overbreadth: What you’re being asked to give up is much, much greater from a constitutional perspective than that which you are alleged to have done.”

Elizabeth Goitein, who codirects the Brennan Center for Justice’s Liberty & National Security Program, said this kind of “blanket First Amendment restriction” violates one of the most core constitutional rights.

“The fact that these people may or may not have committed a misdemeanor is irrelevant, they certainly haven’t been tried or convicted of any such offense and they are presumed innocent until proven guilty,” she said. “Even after someone has been convicted of an offense, that does not mean that the government can require them to give up First Amendment freedoms going forward.”

Goitein also noted that this practice raises red flags even beyond Portland because it could potentially happen in other cities.

“It’s a problem if it happens once,” she said. “And if it’s happening systemically across a major city in this country, we need to be extremely concerned.”

People have gathered for demonstrations against racism and police violence in Portland every night since the death of George Floyd in May, with tensions escalating after the Trump administration deployed federal agents to the city to protect the federal courthouse there earlier this month. Oregon Gov. Kate Brown said federal agents will begin a phased withdrawal on Thursday. 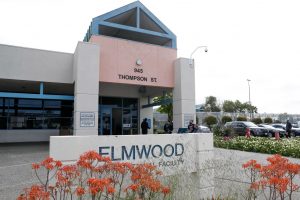 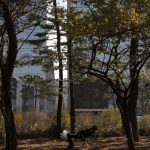 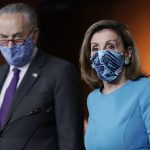 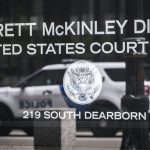