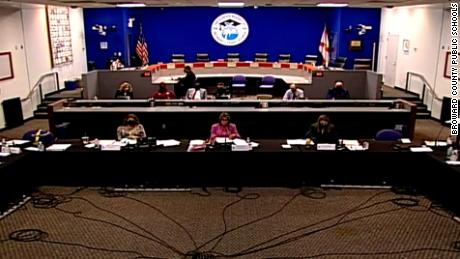 Broward County Public Schools reversed its decision to require face coverings, Duval County Public Schools is requiring parents be able to “opt out” of having their child wear a mask, and Alachua County Public Schools is limiting its mask mandate to the first two weeks of class.
But several legal experts told CNN the executive order does not actually ban mask mandates in schools and is more political speech than legal directive.
“It is a loosely written riff on the governor’s political views on masking and parental rights chock-full of entirely unenforceable ‘Whereas’ clauses designed to garnish newspaper, television and Twitter soundbites, rather than judicial support in the event of inevitable lawsuits,” CNN legal analyst Paul Callan said.
Columbia Law School professor Richard Briffault, who specializes in state and local government law, said similar.
“The executive order is no more than a glorified press release telling Florida health and education officials to write rules that follow Florida law,” said Briffault.
Luke Wake, an attorney for the Pacific Legal Foundation, a non-profit legal organization that says it defends Americans threatened by government overreach and abuse, said he also was skeptical.
“I’m really not sure how much teeth this has,” Wake said. “That probably depends on his statutory authority to withhold state funds.”
DeSantis’ executive order directs the Florida Department of Education and the Florida Department of Health to issue emergency rules that give parents the power to choose whether their children wear masks in class. The order, signed Friday, also threatens to withhold state funding if districts don’t comply.
The executive order states DeSantis has the authority to issue the order under the Florida Constitution and the Florida Emergency Management Act. The order also states it is consistent with the state’s Parents’ Bill of Rights.
“Pursuant to Executive Order 21-175, the Florida Department of Health will enter rulemaking in collaboration with the Florida Department of Education to protect parents’ freedom to choose whether their children wear masks,” said DeSantis’ spokesperson Christina Pushaw in a statement.
“We are finalizing health and education emergency rules this week that do not prohibit masks in schools but will require parents to have the right to opt their children out. School districts will be expected to allow parents to make this choice,” said Pushaw.
Florida is in the midst of a striking rise in Covid-19 hospitalizations, primarily among unvaccinated people, that has surpassed the state’s previous peak last July, according to The Florida Hospital Association. Children are generally much less likely to get severely ill from the virus, but they are not immune and can spread the virus to others.

Wake said the executive order “merely directs state agencies to create rules to protect public health in the school setting that will respect the wishes of parents about their children’s mask usage.”
“The (executive order) does not explicitly ban regulations mandating the use of face masks by children in Florida schools,” Callan said. “The authority to regulate this lies with the Florida Department of Health after consultation with the Florida Department of Education, not with the governor.”
Briffault said the order does not ban mask mandates but does encourage the Florida Department of Education to ban them, make them optional or have parents opt out for their children.
Callan says while DeSantis is sending a strong message on masks, his views are not binding and his order is not likely to withstand a court challenge.
“The executive order itself does not do anything that carries legal consequences,” said Briffault.
“The (executive order) is actually pretty toothless in that all of the sections of law he invokes do not deprive the Department of Health of its power as the ultimate decision maker regarding measures necessary to inhibit the spread of communicable diseases as outlined in Section 1003.22(3) of Florida Statutes.”
“It is highly unlikely that the courts would permit the state to withhold funding from school districts which insist on masking children as a necessary health measure particularly when the CDC recommends masking,” Callan said.
Callan says opponents of the measure are likely to cite that under Article IX of the Florida Constitution, the state has a duty to educate all children.
“Cutting off funding to districts which choose to require masking to prevent the spread of Covid-19, a potentially deadly communicable disease, would violate the states ‘paramount duty’ to educate all children, not just the unmasked,” Callan said. 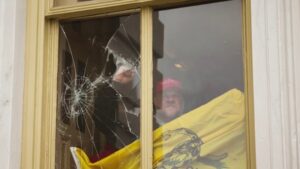 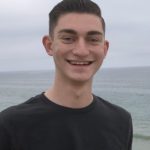 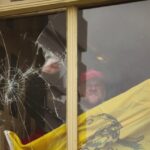 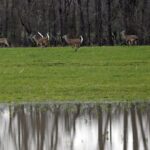 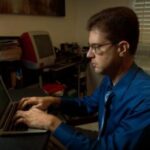