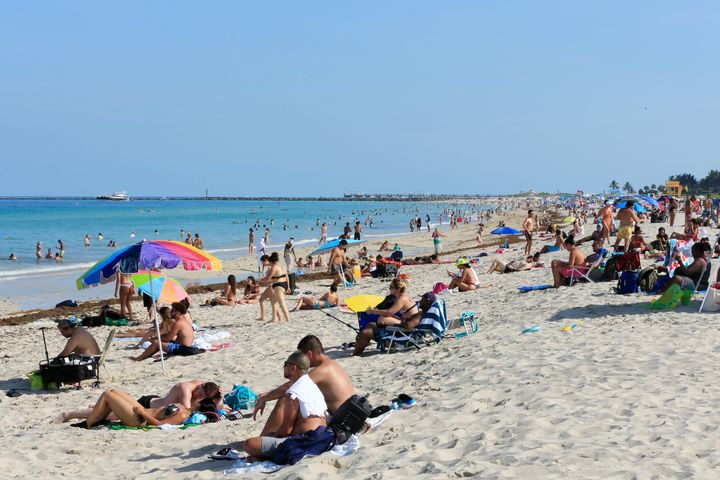 Florida has shattered its previous record for the number of new coronavirus infections recorded in a day, roughly two weeks after the state transitioned into the second phase of its reopening plan.

The Florida Health Department reported 3,207 new cases on Thursday, marking the largest daily increase since early March. The previous record occurred on Tuesday, with the announcement of 2,782 new cases.

As of Thursday, Florida has recorded over 85,000 cases and at least 3,061 deaths. The recent spike in infections has some experts worried the state could become the next major hotspot for the virus.

“Florida has all the makings of the next large epicenter,” scientists at the Children’s Hospital of Philadelphia’s PolicyLab wrote in a blog post Wednesday. “The risk there is the worst it has ever been in our projections.”

Roughly 4 million people who are 65 or older live in Florida. That population is particularly vulnerable to the virus.

Cliff Hawkins via Getty Images Beachgoers at the opening of South Beach in Miami Beach, Florida, on June 10. Public health experts are concerned that the state could be the next major hotspot for the virus.

Florida was one of the first states to lift its statewide stay-at-home order. Gov. Ron DeSantis (R) allowed most of state to reopen on May 4, bucking federal guidelines that urged states and cities to record a two-week downward trend in new coronavirus cases before reopening. Florida did not meet the criteria at the time.

Florida requires all travelers from Connecticut, New Jersey and New York ― some of the states with the most confirmed cases ― to self-isolate for 14 days to curb the possible spread of the virus.

Vice President Mike Pence, whom President Donald Trump appointed to lead the White House’s coronavirus task force in February, has argued that the U.S. is “winning the fight against the invisible enemy” that is the pandemic.

“The truth is, whatever the media says, our whole-of-America approach has been a success,” Pence wrote in an op-ed published Tuesday in The Wall Street Journal.

There have been over 2 million documented cases of the virus in the U.S., the most of any country in the world. At least 118,000 people nationwide have died. 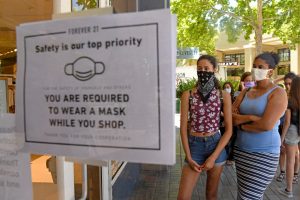 Coronavirus: Here’s who has to wear a mask in California and when 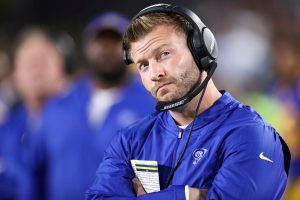