Florida set another grim record Tuesday with nearly 200 more COVID-19 deaths recorded overnight, but in recent days an ominous sight outside a funeral home has been sending a shiver through a Miami-area town –- a refrigerated trailer for storing bodies.

Rumors that the corpses of coronavirus victims were being stored there — and unfounded fears that the bodies could spread the disease — have sparked several protests in recent days outside the San Jose Funeral Home in Hialeah.

Hialeah Mayor Carlos Hernández acknowledged remains were being stored in the trailer but said “the refrigerated container does not have bodies from people who died of COVID-19.” He said the trailer was moved Tuesday to a fenced-in area on another part of the property that is out of sight of the neighbors.

“This was never any danger to anyone,” he told NBC News. “The Hialeah Health Department was all over this from the start. I understand the concerns of the people living nearby, but this is a side effect of the times we are living in.”

Maria Villatoro, vice president of operations at the funeral home, would not confirm if any of the bodies stored in the trailer were of people who died from the coronavirus, but said Tuesday they want to be good neighbors.

“While there is no risk, which we have demonstrated to health officials, elected officials and police when they inspected the facility, out of an abundance of understanding and compassion for our neighbors, we have worked with the Mayor and other officials to shift the location of our special care facility away from our neighbors to the other side of our property,” she said in a statement.

Even if there are COVID-19 remains in the trailer, they pose little danger to the living, the latest Centers for Disease Control and Prevention guidelines state.

COVID-19 is mostly spread “when an infected person coughs, sneezes, or talks,” the guidelines state. “This route of transmission is not a concern when handling human remains or performing postmortem procedures. It may be possible that a person can get COVID-19 by touching a surface or object that has the virus on it and then touching their own mouth, nose, or possibly their eyes. This is not thought to be the main way the virus spreads.”

The death toll in Florida jumped to 6,240 Tuesday after the state health department reported a record 191 additional fatalities, NBC News is reporting. That is the highest 24-hour number since the start of the pandemic.

Joe Murphy is a data editor at NBC News Digital. 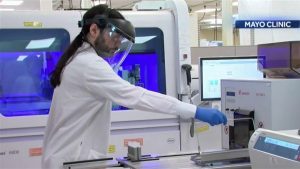 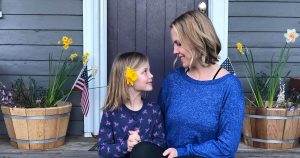 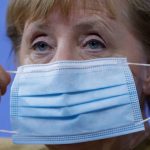 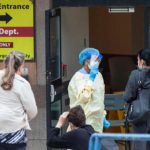 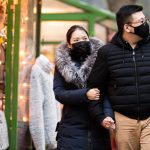 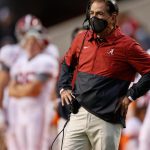