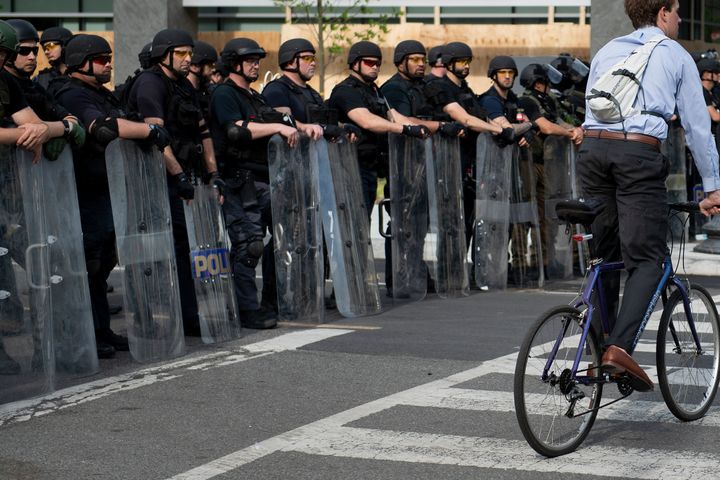 In one case, members of the BOP’s Special Operations Response Team team shot “flash bang” munitions, one of which caused “significant injury requiring surgery and ongoing treatment” for a staff member. The munitions weren’t authorized by Bureau of Prisons policy.

In another instance, team members sprayed pepper spray into a business office where employees with medical conditions had been stationed during an exercise. Team members “attempted to breach the room using a crow bar,” sprayed pepper spray without authorization and “fired a simunition round that struck a staff member in the chest,” the memo said. They then pushed and shoved staff members who were not supposed to be involved in the exercise due to medical conditions, it added.

From a source, here’s a BOP SORT team posing with AG William Barr. Photo appears to have been snapped in the DOJ courtyard. pic.twitter.com/GJEuGFODVG

Inspector General Michael Horowitz wrote that trainings for the Bureau of Prison special team should be suspended until comprehensive guidelines are developed.

“SORT members deployed a distraction device munition in a confined space, which was not authorized for use under BOP policy; SORT members deployed real OC spray rather than inert OC spray during a training exercise, allegedly without proper authorization; and SORT members used force, including firing a simunition round, against staff members who were allegedly yelling to the SORT that they were ‘out of role’ and physically vulnerable,” Horowitz wrote.

“BOP policies we reviewed did not clearly specify the types of weapons, less than lethal weapons, and munitions, if any, that are authorized for use during BOP training exercises; and did not provide safeguards to ensure that exercises are conducted safely,” he added.

BRENDAN SMIALOWSKI via Getty Images Members of the Federal Bureau of Prisons and other law enforcement block 16th Street near the White House on June 3.

A senior Justice Department official previously credited Barr with the idea of sending federal prison riot officers onto the streets of Washington during the anti-racism protests. The officers, who had no experience dealing with unrest outside of a corrections environment, were deputized by the U.S. Marshals.

Most of the BOP officers on the streets of Washington wore no nameplates or even insignia identifying their agency. The acting head of the BOP later conceded that he could have done a better job making sure the officers were properly identified.

Read the inspector general’s memo below: 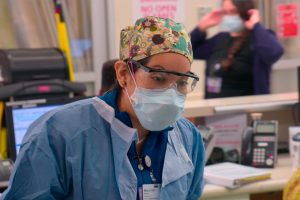