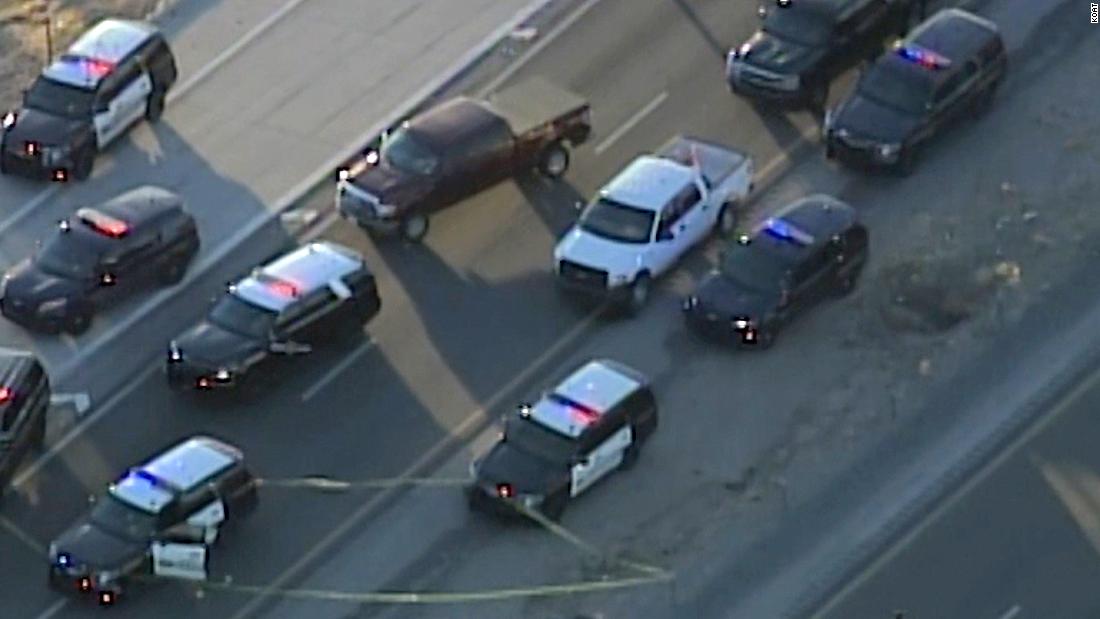 State Police said the officer was killed on Interstate 10 near the town of Akela in Luna County, about 70 miles northwest of El Paso, Texas.
The identity of the officer and the exact circumstances of the shooting have yet to be revealed.
After the officer was fatally shot, the suspect was tracked heading east on the interstate toward Las Cruces. After a roughly 40-mile pursuit, Las Cruces Police Department officers caught up with the suspect’s getaway truck, LCPD spokesman Dan Trujillo told CNN.
Trujillo confirmed the authenticity of amateur video posted online by Austin Contreras, who was working on a construction site when he heard sirens.
The video showed a Las Cruces police cruiser shoving the truck off of the road. After the truck slides to a halt, a person is seen emerging from the truck and pointing a firearm at police amid sounds of gunfire. One officer is seen crouching behind the police vehicle closest to the suspect.
The gunfire continues until police approach the truck as an individual next to the vehicle appears motionless. State Police confirmed that the suspect was killed, and the department plans to release more details on the case Thursday evening.
One Las Cruces officer was injured in the shooting, but Trujillo says the officer was treated at an area hospital and released. 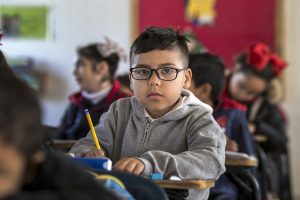 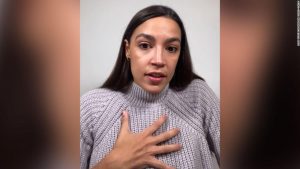