Dr. Steven Quay, founder of Atossa Therapeutics, and Richard Muller, emeritus professor of physics at the University of California Berkeley and a former senior scientist at the Lawrence Berkeley National Laboratory, made the case in a Wall Street Journal Op-Ed on Sunday that it is almost impossible for COVID-19 to have occurred naturally.

The reason for this conclusion is that “the Covid-19 pathogen has a genetic footprint that has never been observed in a natural coronavirus.”

A vast amount of circumstantial evidence has come to light over the past few weeks that supports the theory that the coronavirus originated in a lab at the Wuhan Institute of Virology in Wuhan, China.

First, the Republican members of the House Intelligence Committee released a report on May 19 that points to the lab leak theory. Four days later, The Wall Street Journal reported that three researchers from the Wuhan lab had fallen ill in November 2019 and were hospitalized “with symptoms consistent with both Covid-19 and common seasonal illness.”

In addition, we’ve learned that gain-of-function research was being conducted with the pathogens that cause the coronavirus. And China’s refusal to provide information or access to the facility to outside scientists gives the impression that the communist regime trying to hide something.

It is highly doubtful that the Chinese government will ever admit the truth.

Quay and Muller, however, have studied the genome, which they define as a “blueprint for the factory of a cell to make proteins,” of CoV-2 and have concluded that the probability of its occurring in nature is almost nil.

Scientists can “increase the lethality of a coronavirus enormously by splicing a special sequence into its genome at a prime location. Doing this leaves no trace of manipulation. But it alters the virus spike protein, rendering it easier for the virus to inject genetic material into the victim cell,” they explained.

They noted that this has been done 11 times since 1992 and each time, the result has been a supercharged virus.

Do you believe that COVID-19 may have been part of a gain-of-function research project?

Scientists often use the amino acid arginine to supercharge viruses. One of the “words” used to describe arginine is “CGG-CGG,” a combination Quay and Muller wrote has “never been found naturally …  in the entire class of coronaviruses that includes CoV-2.”

“Now the damning fact,” they wrote. “It was this exact sequence that appears in CoV-2. Proponents of zoonotic origin must explain why the novel coronavirus, when it mutated or recombined, happened to pick its least favorite combination, the double CGG. Why did it replicate the choice the lab’s gain-of-function researchers would have made?

“Yes, it could have happened randomly, through mutations. But do you believe that? At the minimum, this fact—that the coronavirus, with all its random possibilities, took the rare and unnatural combination used by human researchers—implies that the leading theory for the origin of the coronavirus must be laboratory escape.”

In February 2020, Shi Zhengli, the Chinese virologist who researches SARS-like coronaviruses of bat origin at the Wuhan Institute of Virology, published a paper with “the virus’s partial genome.” She left out “the special sequence that supercharges the virus or the rare double CGG section.”

Quay and Muller wrote that they were able to identify “the fingerprint” from other data in the report.

Media Asked Fauci for Help Informing Americans About COVID-19, But Here’s What He Told Them to Do Instead

Several weeks later, virologist Bruno Coutard and his team discovered and published the sequence, and the “double CGG is there; you only have to look. They comment in their paper that the protein that held it ‘may provide a gain-of-function’ capability to the virus, ‘for efficient spreading’ to humans.”

On the other hand, CoV-2 “appeared in humans already adapted into an extremely contagious version. No serious viral ‘improvement’ took place until a minor variation occurred many months later in England.” That makes sense. Scientists were worried early on about mutations, but it wasn’t until December that we began hearing about variants in Britain and Africa and certain regions of the U.S.

Quay and Muller wrote that “such early optimization is unprecedented, and it suggests a long period of adaptation that predated its public spread. Science knows of only one way that could be achieved: simulated natural evolution, growing the virus on human cells until the optimum is achieved. That is precisely what is done in gain-of-function research. Mice that are genetically modified to have the same coronavirus receptor as humans, called ‘humanized mice,’ are repeatedly exposed to the virus to encourage adaptation.

“The presence of the double CGG sequence is strong evidence of gene splicing, and the absence of diversity in the public outbreak suggests gain-of-function acceleration. The scientific evidence points to the conclusion that the virus was developed in a laboratory.”

Last week, we learned from Dr. Anthony Fauci’s emails that when Kristian G. Andersen, a professor in the Department of Immunology and Microbiology at Scripps Research Institute, first examined the genome, he noticed “unusual features” that made it “(potentially) look engineered.”

Andersen wrote: “The unusual features of the virus make up a really small part of the genome (<0.1%) so one has to look really closely at all the sequences to see that some of the features (potentially) look engineered.”

“I should mention that after discussions earlier today, Eddie, Bob, Mike, and myself all find the genome inconsistent with expectations from evolutionary theory. But we have to look at this much more closely and there are still further analyses to be done, so those opinions could still change.”

In a later paper, Andersen was on board with the “natural origin” theory.

National Review’s Andrew McCarthy, a former assistant U.S. attorney, recently wrote an article titled, “The Lab Leak Theory: Evidence Beyond a Reasonable Doubt.” He wrote that “every good prosecutor will tell you that the best case is a strong circumstantial case — and that’s exactly what we have.”

Fauci and his colleagues need to be questioned under oath. They know what happened.

Elizabeth is a contract writer at The Western Journal. Her articles have appeared on many conservative websites including RedState, Newsmax, The Federalist, Bongino.com, HotAir, Instapundit, MSN and RealClearPolitics. Please visit Elizabeth’s new conservative blog: TheAmericanCrisis.org

Elizabeth is a contract writer at The Western Journal. Her articles have appeared on many conservative websites including RedState, Newsmax, The Federalist, Bongino.com, HotAir, Instapundit, MSN and RealClearPolitics.
Please visit Elizabeth’s new conservative blog: TheAmericanCrisis.org 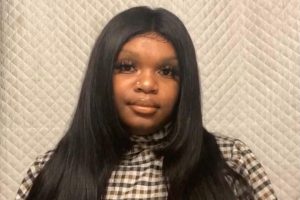 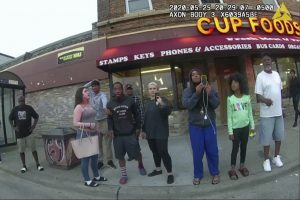 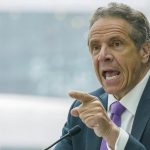 Drunk on Power: Some Politicians Just Can't Let Go of Their COVID Lockdowns

Media Asked Fauci for Help Informing Americans About COVID-19, But Here's What He Told Them to Do Instead 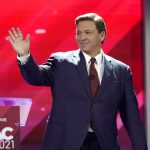 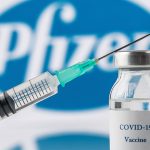