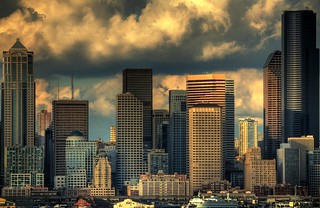 Maxwell appeared briefly by video from jail at a hearing in New Hampshire federal court, where a judge ordered her to face the criminal charges in New York. She did not enter a plea, and bail was not determined.

She spoke briefly, answering “yes” when asked if she knew her rights. Her lawyer, Larry Vogelman, declined further comment on her behalf.

Travel restrictions weighed on exports of services, which fell to $54.5 billion, the lowest since December 2011.

“We will do it collectively, by pooling our resources. As for distribution systems, prices will differ from one bank to another, but the infrastructure will be pan-European.”

The ECB had said last year that dependence on non-European players for two-thirds of non-cash payments created a risk that the payments market would not be fit to support the EU single market and euro.

“People are more attracted to a property that no one has ever lived in before,” said Steve Kliegerman, the president of Brown Harris Stevens Development Marketing, adding that the shift could be a boon for the new development market. That is not yet the case, though. Just 98 contracts on newly built apartments were signed or closed from mid-March to mid-June, a 75 percent drop from the same period last year, according to a report from his firm.

In March, as the coronavirus rapidly spread across parts of the United States, the Trump administration deemed defense-industry workers essential, allowing many firms to remain open amid widespread stay-at-home orders. Still, others shut down operations, and though many of these have reopened, Pentagon officials say deliveries of some weapons and parts remain slow. Companies have struggled to get parts from suppliers in the U.S. and overseas.

This is the second time this year that CBP has slapped one of its rare detention orders on shipments of hair weaves from China, based on suspicions that people making them face human rights abuses. The orders are used to hold shipping containers at the U.S. ports of entry until the agency can investigate claims of wrongdoing.

Buffett is one of the world’s wealthiest people with a $70 billion fortune, and Berkshire boasted $137 billion in cash and short-term investments at last count. Buffett’s stellar reputation and Berkshire’s robust balance sheet mean they can access cheap financing already and don’t need the US central bank to lend a hand.

Yet the Fed disclosed on Sunday that its secondary market corporate credit facility (SMCCF), an emergency program launched in response to the coronavirus pandemic, bought $5.8 million in debt issued by Berkshire’s energy unit.

The High Court in London ruled against the cash-strapped Maduro government on Thursday, with judge Nigel Teare saying that Guaidó had been “unequivocally recognized” as president of Venezuela by the UK government.

Texas Tribune reports that 307 kids in Texas-based childcare centers have been infected (along with 643 staff members) at 668 statewide locations — and the number of cases seems to be increasing. There are currently 12,207 licensed day care facilities that are open, but that may not be the case for much longer. According to Texas Tribune, COVID-19 cases in day care centers have gone from 59 in mid-May to a staggering 576 on June 23. Clearly, the virus has spread more easily in childcare centers than previously thought.

Study finds hydroxychloroquine may have boosted survival, but other researchers have doubts (Dutch Boomer)

It’s a surprising finding because several other studies have found no benefit from hydroxychloroquine, a drug originally developed to treat and prevent malaria. President Donald Trump touted the drug heavily, but later studies found not only did patients not do better if they got the drug, they were more likely to suffer cardiac side effects.

Because after three layers of protective tunics, double gloves, double shoe coverings, a plastic beret, two masks and a full face visor, you look more like an astronaut from the city’s famous Lyndon B Johnson Space Centre than a medic.

I’ve lost all trust in medical research – the financial muscle of Big Pharma has been busy distorting science during the pandemic (Lance B.)

“A secretly recorded meeting between the editors-in-chief of The Lancet and the New England Journal of Medicine reveal both men bemoaning the ‘criminal’ influence big pharma has on scientific research. According to Philippe Douste-Blazy, France’s former health minister and 2017 candidate for WHO director, the leaked 2020 Chatham House closed-door discussion was between the [editor-in-chiefs], whose publications both retracted papers favorable to big pharma over fraudulent data.

The history behind Japan’s love of face masks (Mots)

There are masks that cut ultraviolet rays and prevent glasses from fogging, and masks that make the face look slimmer. There’s even a term for women who look good in masks — masuku bijin (masked beauty) — and contests are held to decide who among them looks the most attractive donning one. Apparently, the key, unsurprisingly, is the enhancement of the eyes.

Harvesting companies and farmers interviewed by Reuters said their new U.S. employees have required more training and quit at higher rates than usual, as the combines head north and begin to bring in other major export crops.

While grain harvests are more automated than the labor-intensive fruit and vegetable industries, they are not immune to labor shortages.

“With spawning fish and embryos most sensitive to warming waters, it means fish populations won’t be able to replace themselves,” said Rutgers University ecologist Malin Pinsky, who wasn’t part of the study but praised it. “Without reproduction and offspring, we have no fish, no fishing and no fish on our plates.”

Discarded electronic equipment also poses a health and environmental hazard, as it contains substances such as mercury that can damage the nervous system.

The authors of the study, which is produced by the U.N. University, the International Solid Waste Association and others, predicted that global e-waste could grow to 74 million metric tons by 2030. 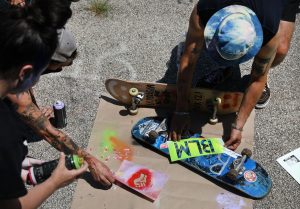 FroSkate hosts a peaceful protest in support of Black lives