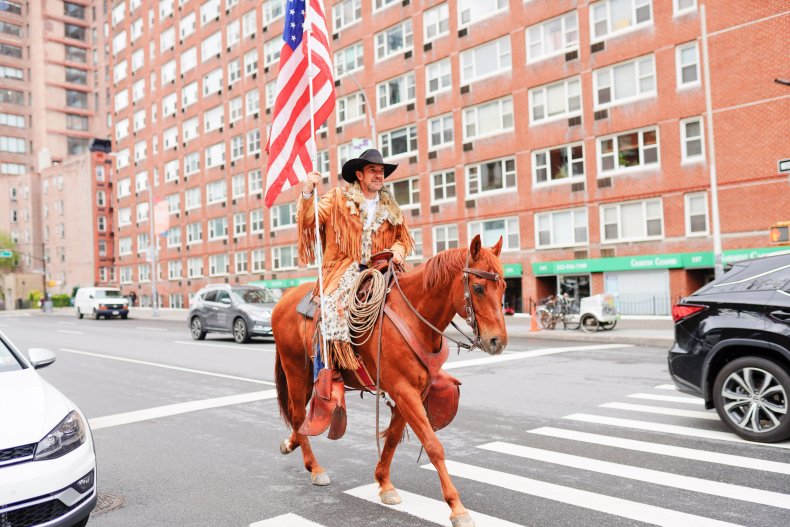 Federal prosecutors have offered Cowboys for Trump founder Couy Griffin a plea agreement over charges that he illegally entered barricades during the deadly riot at the U.S. Capitol on January 6.

The confidential agreement was offered to Griffin during discussions at a Monday court hearing in Washington, D.C., according to the Associated Press. Griffin, the elected Republican commissioner of New Mexico’s Otero County, was charged with one count of knowingly entering or remaining in any restricted building or grounds without lawful entry on January 17. He denies that he did anything that was illegal.

Griffin was present at the Capitol during the riot but did not enter the building itself. Instead, Griffin—who previously served as a preacher at a “cowboy church”—crossed barriers to reach an area outside the building where he used a bullhorn to lead the crowd of former President Donald Trump‘s enraged supporters in prayer. He posted a video of himself to the Cowboys for Trump Facebook page on the following day, bragging that he had “climbed up on the top of the Capitol building” and had a “front row seat” to the riot.

In the same video, Griffin remarked that if pro-Trump rioters were to hold a “2nd Amendment rally on those same steps” it would be “a sad day” because “there’s gonna be blood running out of that building. He vowed to return to the Capitol for President Joe Biden‘s inauguration ceremony on January 20, later promising to bring guns to “embrace my Second Amendment.” He was arrested and charged upon his return to Washington.

“I’m really hoping that the judge will dismiss the charges,” Griffin told the Albuquerque Journal in June. “What I was a part of on Jan. 6 wasn’t a violent mob or anything that looked like an insurrection. What I was a part of was a peaceful protest where I joined shoulder-to-shoulder with like-minded patriots who have concerns about election integrity. I went with the heart to pray with people, and that’s what I did.”

A Trump-appointed judge disagreed with Griffin’s explanation while rejecting a legal argument that he was being “selectively charged” for his political beliefs in July. Griffin could face up to a year in prison is he is convicted.

During the weeks that Griffin spent in jail following his arrest, he was placed in isolation due to his refusal to take a required COVID-19 test. In addition to objecting to being tested, Griffin has also been vocal proponent of ignoring medical advice calling for COVID-19 vaccinations or the wearing of masks amid the pandemic.

Griffin has been investigated by the state for corruption and is currently facing a recall effort, with around one-third of the required recall petition signatures having been gathered as of last week. Cowboys for Trump, which Griffin founded in 2019, is also under fire. Pro-Trump “Kraken” lawyer Sidney Powell recently volunteered her services to help the group reverse a court order to register as a political action committee and pay accumulated fines.

Griffin has made a series of controversial statements calling for violence against his political opponents. Last year, Griffin insisted that “the only good Democrat is a dead Democrat” and called on Trump to “hang” his opponents for their “Treasonous Acts.” He also suggested that a new civil war could erupt over the wearing of masks and pushed conspiracy theories that claim Capitol Police Officer Brian Sicknick and rioter Ashli Babbit may not have died during the riot. 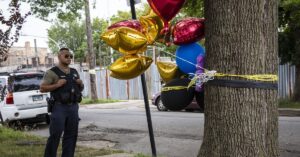 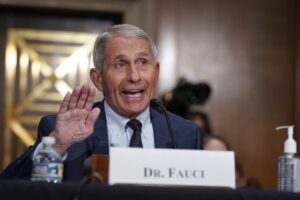 Will We Resist Institutional Fraud or Submit to the Ruling Class?