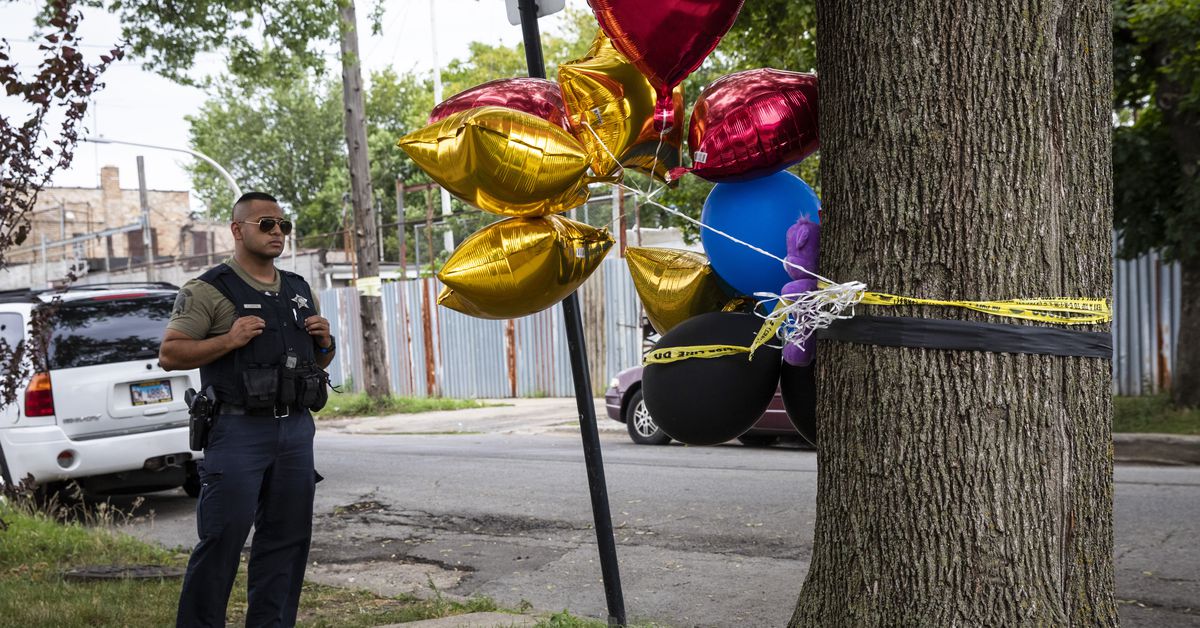 Two days after Chicago Police Officer Ella French was shot and killed by a suspect fleeing a traffic stop, a makeshift memorial took shape on the West Englewood street where French died.

Around noon Monday, the 6300 block of South Bell Avenue was quiet and largely empty as a trio of Chicago Police officers walked up and tied balloons and a small teddy bear to a tree near where the 29-year-old French died. Arriving about the same time was Yvette Smith, making her second trip to the murder scene.

“I had been over here earlier, and there was nothing,” said a teary-eyed Smith. “I was watching the Cubs game, and there was no moment of silence. It just upset me, so I got my son and said, ‘Let’s get some balloons, let’s do something.’

“There’s other people feeling the same way, (but) there’s nothing up, nothing being put up for her remembrance for what she’s done. You don a uniform to come out here and put your life on the line. Nobody acknowledges that.”

French was killed and her partner critically wounded Saturday evening in a shootout that erupted when officers pulled over a vehicle about 50 yards south of where the balloons tugged against the tree. Three suspects have been arrested, including one who was restrained by neighbors after leaping over a fence into a crowded backyard barbecue.

Peering at reporters over the bent chain-link fence Monday, the barbecue’s host said the fleeing man looked at the crowd of children and adults in the party and turned as if to bolt back over the fence.

“He went back [toward the fence] and wanted to jump, but then he saw the cops and he came back,” said the host, who did not want to be named.

The man pointed a gun at the host and hit him with it. The host and several other men wrestled with the gunman, and the pistol wound up on the ground, he said. They held the man down until police arrived. It was not clear Tuesday if the man arrested after the struggle in the backyard was the gunman who shot either officer.

“We feel bad for what happened, we feel bad for the officer,” the backyard host said. “It’s sad … I don’t have any regrets on stopping the man, honestly. He could have gone to do much worse things, like shoot other people, if he had not been stopped.”

A second man involved in the shooting was wounded by gunfire and arrested at the scene. Police arrested a third person, a woman, in connection with the shooting Sunday. 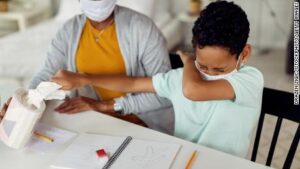 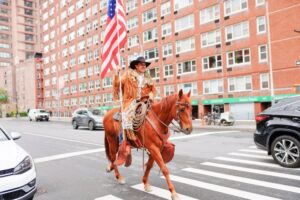