COVID-19 Shows America Is Vulnerable To Biological Terror, And Weaponized Viruses Are Surprisingly Easy To Make 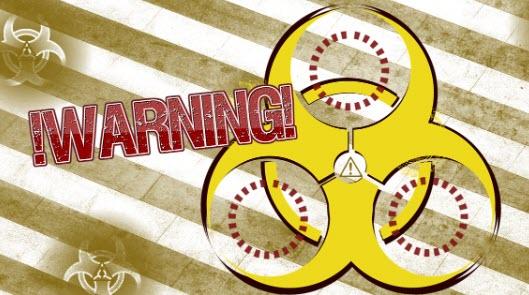 Authored by Michael Snyder via The End of The American Dream blog,

In this article, I want to talk about something that has been on my heart for quite a while.  Over the last several months, we have all seen the chaos that the COVID-19 pandemic has caused all over the globe.  Overall, more than 16 million confirmed cases have been reported worldwide, and more than 650,000 people have died.  But of course those raw numbers do not tell the entire story.  This virus has struck fear into the hearts of billions of people all over the world and has thrown the entire global economy into a devastating economic depression.  After watching what COVID-19 has done to us, it is inevitable that many of those that wish to do us harm will be inspired to look into the feasibility of purposely releasing viruses that are even deadlier than COVID-19 inside the United States.  Thanks to dramatic leaps in technology over the last couple of decades, it has become very easy to create and weaponize viruses, and once such a biological weapon is released we may never even know who attacked us.

I wanted to know who else was talking about this, and so I did a search for articles on biological terror, and I found an NBC News piece that was published back in May…

Former officials in the U.S. and the U.K. warn that the devastating impact of the coronavirus on health care infrastructures and economies may act as a “neon light” for terrorist groups looking to unleash pathogens on Western nations.

In this instance, NBC News is right on the money.

I can just imagine a bunch of terrorists sitting around watching a news report about how COVID-19 is crippling the United States and seeing their eyes light up when they suddenly realize the possibilities.

And when I use the term “terrorists” in this article, I am using it in a very broad sense.  We tend to think of terrorists as bearded men from the Middle East that like to run around shooting people and blowing things up, but the truth is that a “terrorist” can be anyone that seeks to use violence to advance an insidious agenda.  There are certainly quite a few foreign organizations and foreign governments that would love to see the United States collapse, and it has become clear that there are actually millions of people inside the United States that hate America and would love to see it come to an end.

On top of all that, there are countless people around the world that have been taught that our planet is massively overpopulated and that the human population is a “plague” that needs to be controlled before it destroys the world.  Someone with that twisted worldview may actually believe that they are “saving the globe” by releasing a deadly pathogen that kills billions of people.

I could go on all day, but I think that you get the point.  There are many different reasons why someone may want to release a deadly virus, and COVID-19 has shown everyone how incredibly vulnerable we are.

For a long time, we have been concerned that terrorists may eventually get their hands on nuclear weapons and use them against us, and that may still happen someday.  But it is exceedingly difficult to create a nuclear weapon, it is not easy to store a nuclear weapon, and transporting a nuclear weapon a long distance to the location that you want to attack without being detected is highly problematic.

On the other hand, a biological weapon is relatively easy to create.  Scientists all over the globe have been monkeying around with viruses for decades, and much of that research is freely available online.  And if you want to create your own virus, you can actually do it very easily and at a very small fraction of the cost that it would take to construct a nuclear weapon.  This wasn’t always the case, but advances in technology have completely changed the rules of the game.  Here is more from NBC News…

Multiple public health and security experts have expressed fears about new forms of biotechnology that allow a bacterium or a virus to be genetically sequenced, altered or weaponized more affordably and more rapidly.

Cutting-edge gene-editing technologies, which allow scientists and eager amateurs alike to tweak and reconstitute viruses at a microscopic level, have become widespread in recent years, and the industry remains poorly regulated in the U.S. and elsewhere.

It should chill you to the core to hear that “eager amateurs” are easily able to “tweak and reconstitute viruses at a microscopic level”.  Any such research should have always been protected under national security laws, but instead so much of this research is just sitting on the Internet for anyone to take.

To me, this is one of the greatest national security threats that we are potentially facing.  Someone could suddenly release a virus in a very crowded location in one of our major cities, and nobody would even realize what was happening.  And by the time the virus had spread widely and people were dropping dead in the streets, the person that originally released it may have permanently disappeared.

COVID-19 is the worst public health crisis that we have seen in decades, but it is not even worth comparing to a truly deadly virus that has been weaponized.  In my brand new book I talk about the next pandemic that is coming, and that next pandemic could potentially be caused by a virus that is intentionally released.

America is facing a plethora of threats from both inside and outside the country, and there are so many hate-filled people that would love to bring us down.

And now COVID-19 has shown all of those hate-filled individuals a very easy way to do just that.

I know that hardly anyone else has been talking about this, but this is something that has been very heavy on my heart.

We are so exceedingly vulnerable, and one day disaster will strike without any warning. 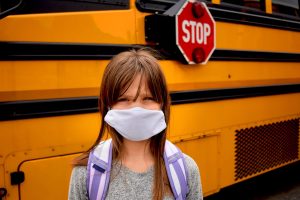 National teachers union announces support for strikes amid school reopening debate: ‘Nothing is off the table' 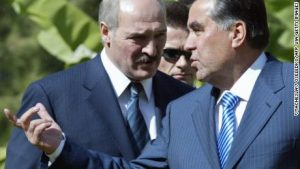 Belarus President dismissed Covid-19 as 'psychosis.' Now he says he caught it