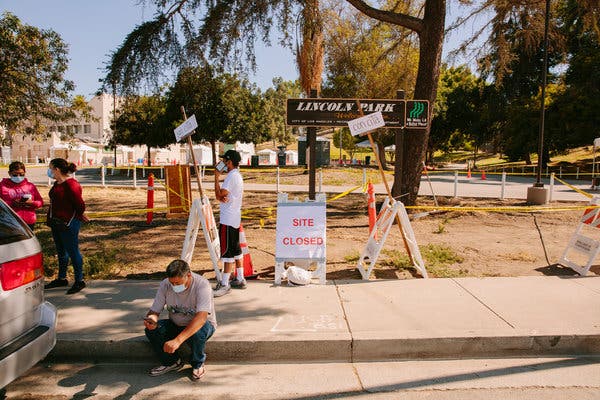 (This article is part of the California Today newsletter. Sign up here to receive it by email.)

Californians who don’t have symptoms of Covid-19 will probably have a harder time getting tested for the coronavirus, according to new, stricter guidelines state officials unveiled on Tuesday.

“It is critical we continue to be deliberate and creative about testing,” Dr. Mark Ghaly, the state’s head of health and human services, said in a statement. “We must do this so that testing is readily available and affordable to those who need it, especially those communities experiencing the worst impacts.”

The shift in testing strategy comes as more states around the country have scrambled to ramp up testing, which has resulted in tighter supply chains and longer turnaround times in California, the nation’s most populous state.

California has contended with an explosion in cases, prompting Gov. Gavin Newsom on Monday to announce the most sweeping rollback yet of reopening plans.

[Read about which businesses were ordered to close down.]

Here’s what to know about the changes:

Why are they happening now?

“Our testing capacity has increased exponentially,” Dr. Ghaly said in the statement. “At the same time, new national supply chain challenges and large volumes of specimens sent to commercial laboratories have resulted in growing delays in processing times.”

What do the new guidelines say?

Previously, state and local officials had encouraged anyone who wanted to get tested to see if they were eligible, whether or not they had symptoms, as testing capacity ramped up across California and case numbers were less troubling.

Under the new guidelines, Dr. Ghaly said that testing would be much more strategically targeted at people in communities where risks of transmission are higher.

Of course, people who have severe symptoms will be prioritized for tests with quick results so they can get a diagnosis and be treated.

According to the new rules, people who have been hospitalized fall in the Tier 1 priority group, along with people who must be tested as part of investigations into specific outbreaks.

Tier 2 includes everyone else with Covid-19 symptoms, as well as people who live or work in the kinds of facilities where outbreaks have been most severe, such as nursing homes, prisons and homeless shelters. It also includes health care workers who have “frequent interactions with the public or with people who may have Covid-19.”

Tier 3 includes workers in remaining essential sectors, like grocery stores, logistics, manufacturing and education, if they don’t have symptoms.

And then, there’s Tier 4, which will be implemented only when the test turnaround time is less than 48 hours, as monitored by the state. That’s when anyone else who doesn’t have symptoms, but is worried they may have been infected, can get tested.

How will these new rules help stop the spread of the virus?

While individual actions, like following distancing and mask-wearing rules, are critical for curbing the spread of the virus, increasingly, experts have recognized that many transmissions are taking place because Californians who work in low-wage, high-risk jobs haven’t been able to stop working.

In a first-of-its-kind analysis, researchers at the University of California, Merced, Community and Labor Center found a connection between high concentrations of low-wage work in certain counties — like at farms and in warehouses — and the prevalence of Covid-19.

“Our findings emphasized the importance of not just regulating business openings, but mitigating Covid spread by innovating health and safety reforms for workers,” Ana Padilla, the center’s executive director, told me.

One way to do that is to ensure that workers in those communities have access to testing — and that workplace outbreaks are transparent. That would mean requiring counties to report test results by industry, the report said.

“Although we have guidance and support, we know that testing in those environments is key,” Dr. Ghaly said on Tuesday, adding that that’s why the new testing strategy involves homing in on workplace outbreaks.

[Read more about how the pandemic has put warehouse workers in the Inland Empire in a tough spot.]

Here’s what else to know

We often link to sites that limit access for nonsubscribers. We appreciate your reading Times coverage, but we also encourage you to support local news if you can.

If you missed it, here’s what Stockton’s mayor had to say about calls to defund the police now. [The New York Times]

We joke about it: How many years has it been since 2020 started? How many lifetimes?

There’s a sense that we’re living through a momentous period in history — a global pandemic, uprisings over racial justice that have poured into every corner of society — and broad recognition that the world is changing rapidly.

So museums and curators are asking us all to help them help future generations understand this time by documenting it. Everything, like protest signs, shopping lists, or snippets of video.

“Whatever we’re taking to be ordinary within this abnormal moment can, in fact, serve as an extraordinary artifact to our children’s children,” Tyree Boyd-Pates, an associate curator at the Autry Museum of the American West, told Lesley M.M. Blume, in this article. The Autry is asking for submissions to its Collecting Community History Initiative.

Jill Cowan grew up in Orange County, went to school at U.C. Berkeley and has reported all over the state, including the Bay Area, Bakersfield and Los Angeles — but she always wants to see more. Follow along here or on Twitter. 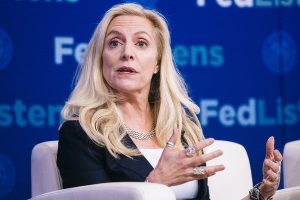 A Resurgence of the Virus, and Lockdowns, Threatens Economic Recovery