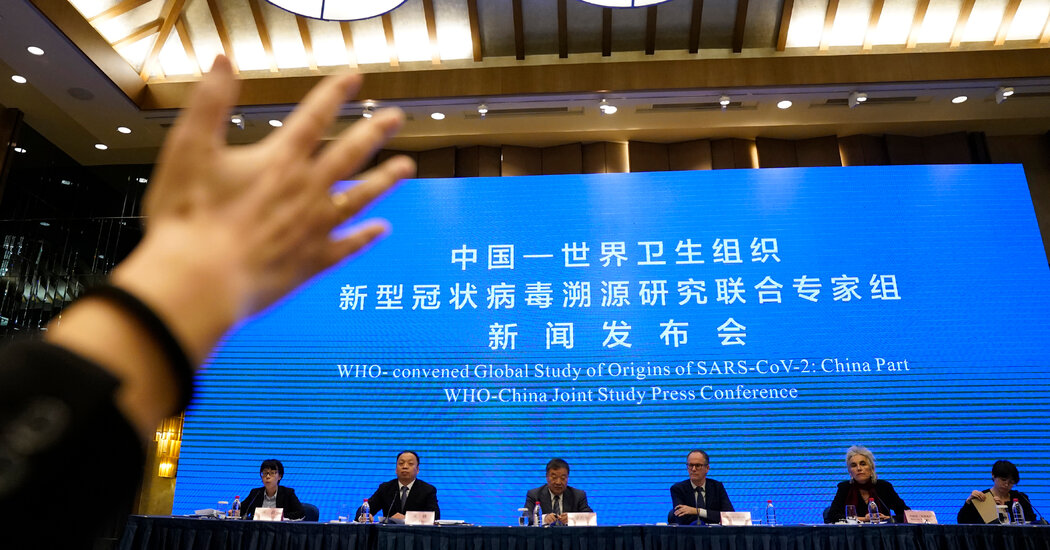 Far more work is needed to understand how the pandemic began, the report says, but it is not clear that Beijing will cooperate. “We may never find the true origins,” an expert said.

For 27 days, they searched for clues in Wuhan, visiting hospitals, live animal markets and government laboratories, conducting interviews and pressing Chinese officials for data, but an international team of experts departed the country still far from understanding the origins of the coronavirus pandemic that has killed nearly 2.8 million people worldwide.

The 124-page report of a joint inquiry by the World Health Organization and China — to be released officially on Tuesday but leaked to the media on Monday — contains a glut of new detail but no profound new insights. And it does little to allay Western concerns about the role of the Chinese Communist Party, which is notoriously resistant to outside scrutiny and has at times sought to hinder any investigation by the W.H.O. The report is also not clear on whether China will permit outside experts to keep digging.

“The investigation runs the risk of going nowhere, and we may never find the true origins of the virus,” said Yanzhong Huang, senior fellow for global health at the Council on Foreign Relations.

The report, an advance copy of which was obtained by The New York Times, says that China still does not have the data or research to indicate how or when the virus began spreading. Some skeptics outside the country say that China may have more information than it admits.

The expert team also dismisses as “extremely unlikely” the possibility that the virus emerged accidentally from a Chinese laboratory, even though some scientists say that is an important question to explore.

The Chinese government, while granting some degree of access and cooperation, has repeatedly tried to bend the investigation to its advantage. The report was written jointly by a team of 17 scientists from around the world, chosen by the W.H.O., and 17 Chinese scientists, many of whom hold official positions or work at government-run institutions, giving Beijing great influence over its conclusions.

The Chinese scientists supplied all the research data used in the report, while the foreign scientists reviewed it and interviewed Chinese researchers, doctors and patients. It is not clear whether the team selected by the W.H.O. sought access to other data or permission to collect more.

Jesse Bloom, an evolutionary biologist at the Fred Hutchinson Cancer Research Center in Seattle, said he was not convinced that a laboratory leak was extremely unlikely, after seeing a copy of the report. He said he agreed that it was highly plausible that the virus could have evolved naturally to spread to humans, but he did not see any reasoning in the report to dismiss the possibility of a lab escape.

One member of the team of experts, Peter Daszak, a British disease ecologist who runs EcoHealth Alliance, a New York-based pandemic prevention group, pushed back against the criticism of the team’s work and of China’s level of cooperation. He said the lab leak hypothesis was “political from the start.” Dr. Daszak added that the W.H.O. team was not restricted in its interviews with scientists who were on the ground at the start of the pandemic.

He himself has been accused of having a conflict of interest because of his past research on coronaviruses with the Wuhan Institute of Virology, which, he said, was what a disease ecologist should be doing.

“We were in the right place because we knew that there was a risk of the virus emerging,” said Dr. Daszak. “We were working there with this exact viral group and it happened.”

The prevailing theory remains that the virus originated in bats, jumped to another animal, and then mutated in a way that enabled it to transmit to humans, and from human to human. But the process of tracing the origins of a virus is notoriously painstaking.

To answer numerous remaining questions, the report recommends further retrospective studies of human infections, including the earliest cases, and more virus testing of livestock and wildlife in China and Southeast Asia. It also calls for more detailed tracing of pathways from farms to markets in Wuhan that would require extensive interviews and blood tests for farmers, vendors and other workers.

But it is unclear to what degree China will cooperate, and the country’s secretive and defensive behavior has helped fuel theories that it was somehow to blame for the start of the pandemic. Local officials in Wuhan at first tried to conceal the outbreak; Beijing has since expelled many Western journalists and has floated evidence-free theories about the virus originating elsewhere — though the earliest known cases were all in China, and experts agree it almost certainly first appeared there.

“We’ve got real concerns about the methodology and the process that went into that report, including the fact that the government in Beijing apparently helped to write it,” Secretary of State Antony J. Blinken said in a CNN interview broadcast on Sunday.

China’s increasingly acrimonious relationship with the United States and other countries has also complicated the inquiry. The Biden administration has repeatedly criticized China’s lack of transparency, including its refusal to hand over raw data about early Covid-19 cases to investigators when they visited Wuhan. Chinese officials have bristled, suggesting that the United States should welcome the W.H.O. to examine the unfounded theory that the virus might have originated in a U.S. Army laboratory.

“We will never accept the groundless accusations and wanton denigration by the United States on the issue of the epidemic,” Zhao Lijian, a spokesman for the Chinese foreign ministry, said at a regular news briefing in Beijing on Monday.

In bombastic news articles, Chinese propagandists have hailed the inquiry as a sign of China’s openness to the world and a vindication of the government’s handling of the epidemic.

The W.H.O. has come under pressure to demand more data and research from the Chinese government. But by design, the global health agency is beholden to its member countries, which did not grant the W.H.O. team sweeping powers to carry out, for example, forensic investigations of laboratory mishaps in China.

While much of the report was heavy on detail about molecular studies, virus evolution and possible animal hosts, the section dealing with the possibility of a lab leak was cursory at best. While the virus’s animal origin is largely undisputed, some scientists maintain that the virus could have been collected and present in the lab of the Wuhan Institute of Virology, even though Chinese scientists say it was not.

China’s lack of transparency as well as other concerns prompted a small group of scientists not affiliated with the W.H.O. to call this month for a new inquiry into the origin of the pandemic. They said such an inquiry should consider the possibility that the virus escaped from a laboratory in Wuhan or infected someone inside it.

The lab leak theory has been promoted by some officials in the Trump administration, including Dr. Robert Redfield, the former director of the Centers for Disease Control and Prevention, in comments to CNN last week. He offered no evidence and emphasized that it was his opinion. 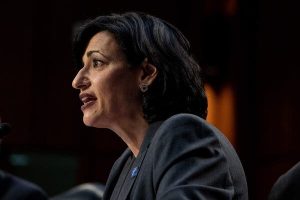 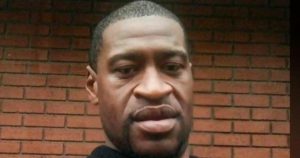 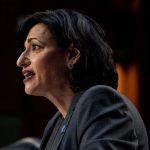 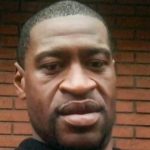 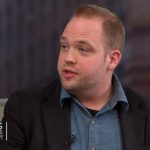 Shane Lyons brings his take on American classics to THE Dish 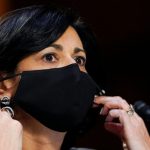 Don't throw away your masks yet