When a lethargic Mets team needed it most, Jeff McNeil provided a shot in the arm.

McNeil’s game-tying home run to lead off the ninth and Michael Conforto’s walk-off hit by pitch minutes later lifted the Mets to a 3-2 win against the Marlins in their home opener on Thursday.

The win came with controversy. Conforto stuck his elbow out over the plate, and the pitch nicked his elbow and went into the catcher Chad Wallach’s mitt. The umpires reviewed the play but let the call stand, leaving the Marlins furious and the Mets with a win.

The late excitement capped a quintessential day at the ballpark for the Mets.

Fans returned to Citi Field for the first time in a year and a half. Bunting hung from the upper deck. Francisco Lindor, moments before his first home game with his new team, and Pete Alonso received the loudest cheers during pregame introductions. Even the weather cooperated, offering 60s-and-sunny conditions for what amounted to a mid-pandemic celebration of steps toward normalcy.

All that was missing was the dramatics, and then McNeil and Conforto came through.

The late excitement erased what had been another rough day for the Mets at the plate. Heading into the ninth, they were 0-for-6 with runners in scoring position and had left eight men on base.

Taijuan Walker had a strong showing in his Mets debut, allowing two runs in six innings. The Marlins didn’t manage a hit until the fifth inning — Brian Anderson’s single lined softly to rightfield two pitches after Walker thought he had a called third strike — and didn’t score a run until the sixth.

Miami struck with consecutive hits to open the sixth. After Jon Berti singled, Corey Dickerson double to rightfield. When the ball ricocheted off an angled wall, it bounced left along the warning track, away from Conforto, allowing Berti to score easily.

Jesus Aguilar put the Marlins ahead with a two-out single ripped through the left side of the infield.

The announced attendance was 8,011. The Mets called it a sellout, though that total was several hundred fans short of the previously stated limited capacity (8.492). 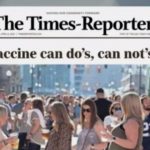 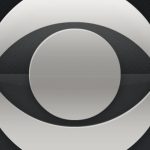 Pulmonary expert: George Floyd died from a lack of oxygen 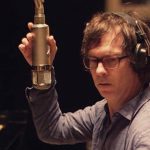