Confidence grows that COVID-19 vaccines hold their own against variants 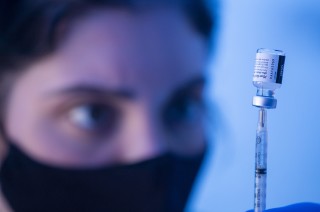 Confidence is growing that COVID-19 vaccines authorized for use in the U.S. are holding their own against the coronavirus variants now in circulation.

“Everything we’ve seen with the variants should provide marked reassurance, as far as the protection that is afforded by vaccines — particularly the vaccines that we have in the United States,” said Dr. Eric Topol, director of the Scripps Research Translational Institute in La Jolla.

The upbeat view is accompanied by a growing sense that California is emerging from the worst of the pandemic. For weeks, California has reported one of the lowest per-capita daily coronavirus case counts of any state in the U.S.

There were early concerns in the U.S. about the variant first identified in South Africa (B.1.351). The COVID-19 vaccine manufactured by AstraZeneca — which is not authorized for use in the U.S. — was not especially effective against preventing mild disease in South Africa, where the B.1.351 variant dominates (although that vaccine does provide better protection at preventing severe disease and death).

Thankfully, B.1.351 has kept a low profile in the U.S., with only 18 confirmed cases in California and 453 nationwide, according to the Centers for Disease Control and Prevention.

Also, new data from Israel and Qatar show that B.1.351 and B.1.117 “are very well covered” by the Pfizer-BioNTech and Moderna vaccines, Topol said. (Those two vaccines account for the vast majority of vaccinations in the U.S.)

In Qatar, among nearly 386,000 vaccinated people, two doses of the Pfizer vaccine proved to be 89.5% effective against any documented infection with B.1.117, and 75% effective in cases involving B.1.351. And both doses of the vaccine were 100% effective against severe illness and death, according to data published in the New England Journal of Medicine and presented to reporters on Friday by Dr. Anthony Fauci, President Biden’s chief medical advisor.

In Israel, both doses of the Pfizer vaccine were 95.3% effective against coronavirus infection, Fauci said, citing data published in the Lancet.

Israel did face a winter surge, fueled by the variant first identified in the U.K. But Israel managed to turn the corner with a robust vaccine campaign and tough lockdown orders. Now, even as Israel has progressively reopened its economy, new daily coronavirus infections are still declining, Fauci said.

“Other countries can similarly achieve sustained decline if they achieve a high vaccine uptake,” the authors of the Lancet study wrote.

In Brazil, a variant known as P.1 is thought to be responsible for a second COVID-19 surge that has resulted in a death toll of more than 422,000. Only the United States has reported more COVID-19 deaths, according to data compiled by Johns Hopkins University.

A study published last month in the journal Science reported that the P.1 variant is about twice as transmissible as earlier coronavirus strains.

The good news, however, is that data show that “in the lab, the vaccines we have now worked quite well against P.1,” Topol said.

The latest on the other variants is also reassuring.

Across the U.S., cases involving the variants first detected in California (B.1.427/B.1.429) and New York (B.1.526) seem to be waning, Topol said. “There’s no reason to think that our vaccines are not having a potent protection from them,” Topol said.

And finally, there are early indications that vaccines are effective against a variant first reported in India, a country in the throes of a devastating surge. B.1.617 is known as the double mutant variant because it includes two specific genetic changes that are concerning to scientists.

An off-shoot of that variant, called B.1.617.2, emerged late last week at a London nursing home, Topol said, but the AstraZeneca vaccine seems to have provided protection against it.

There have been some reports of fully vaccinated medical staff in India becoming sick with COVID-19 anyway. But that is to be expected.

When health officials say a vaccine is 90% effective, that means that 10% of the time it’s not effective, said Dr. George Rutherford, epidemiologist at UC San Francisco. The more people that are exposed to the coronavirus, the higher the number of so-called breakthrough infections.

“It may not have to do with variants as much as it just has to do with the intensity of the exposure,” Rutherford said.

The growing catastrophe in India is probably not a sign that B.1.617 is especially good at infecting people who have survived a previous bout with the coronavirus or been immunized, said Dr. Monica Gandhi, an infectious-disease specialist at UC San Francisco. Rather, it is likely the result of the Indian government lifting pandemic control measures prematurely when only a tiny percentage of the nation’s population was immunized.

Officials may have been under the false impression that India’s population had widespread natural immunity based on estimates of coronavirus exposure in poor urban areas, Gandhi said. But a study in the journal Lancet Global Health found that while rates of exposure in slum areas were indeed high (ranging from 55% to 61%), exposure in other areas was much lower (between 12% and 19%).

That helps explain why the current surge is taking a toll on India’s middle and upper classes after largely sparing them last year.

“Only mass vaccination will get us through the pandemic,” Gandhi said. “You don’t want to get to mass immunity through massive deaths.”

Times staff writers Amina Khan and David Pierson contributed to this report, as did special correspondents Parth M.N. from Mumbai and Varsha Torgalkar from Pune, India. 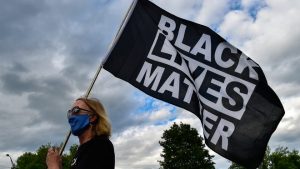 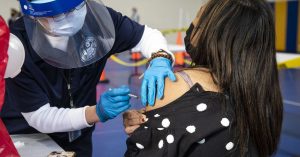 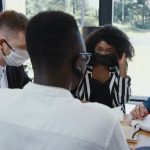 DC aims for full reopening, with masks, by June 11 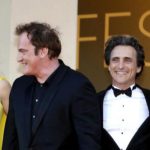 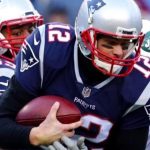 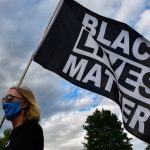