If we’re indeed only as strong as our weakest link, we’re in trouble, California. Big trouble.

For proof, look no further than the Orange County-inspired lunacy that went down hundreds of miles away on the rustic streets of Nevada City.

Mere hours after Gov. Gavin Newsom ordered bars, gyms, houses of worship and indoor dining to shut down again, blaming a nasty spike in coronavirus cases, a ragtag group of anti-mask activists, anti-vaxxers and anti-government types tried to barge into a Nevada County Board of Supervisors meeting on Tuesday.

Broadcasting their ill-advised mission live on Facebook, they strolled into the lobby and announced that they were there to challenge a supposed violation of open meeting laws. Reinette Senum, who recently stepped down as mayor and a member of the Nevada City Council after attacking Newsom’s mandate for face coverings, came prepared with legal documents ready to be hand-delivered.

But a masked government worker, inching ever backward throughout the encounter, turned them away. So Senum and the others spilled out into the Northern Californian heat to take turns complaining through a microphone and speaker set up on the sidewalk.

Anything and everything about the government response to slow the spread of the coronavirus was fair game.

“We cannot shut down,” a man said. “We can’t stop…. It’s not about the money, even though you have to have money to survive. It’s a bigger issue.”

But most troubling was sudden effusive praise of Orange County.

On Monday evening, even as Los Angeles Unified School District joined San Diego and Oakland in declining to reopen schools this fall, the Orange County Board of Education voted to recommend letting students return to class for in-person instruction without mandatory face masks or social distancing.

In doing so, they cited a white paper compiled by a panel that included — somehow — the director of the county healthcare agency and several physicians.

“Among the many compelling expert arguments for reopening our schools, a number of us were also struck by something different, something we might call advice for adults,” the white paper said. “Among our greatest responsibilities as adults is our responsibility to model courage and persistence in the face of uncertainty and fear, which is what many families are feeling with the mixed messages and confusion surrounding reopening of schools in the COVID-19 era.”

On Tuesday, some parents and elected officials pushed back. But you should still be afraid. Very afraid.

Without a doubt, this will be the new rallying cry among coronavirus-deniers, starting as soon as this weekend with a protest planned for the steps of the Capitol in Sacramento. And yet, about the last thing we need is a government-sanctioned rallying cry about the safety of reopening schools when there’s already so much confusion and so much of a vacuum in leadership on this very topic.

As one speaker in Nevada City put it, Orange County had “the guts to do that.”

“It’s the fear that’s being instilled in you is — I hate to say it — it’s not about safety and health,” he added. “It’s about cruelty and control, and what they’re asking you, especially as it pertains to our children, is not in our beautiful little babies.”

“If even some of these guidelines are implemented, our children will be treated worse than the prisoners in our California prison system,” another woman claimed. “And I say no, absolutely not. Not our children. Not going to happen.”

As of Tuesday, California had more than 343,000 confirmed cases and 7,200 deaths from COVID-19, according to the Los Angeles Times’ tracker. The mortality rate hasn’t kept pace, but young adults now account for most of the new cases.

Things are so bad in Los Angeles that Mayor Eric Garcetti said he was on the verge of shutting down the city again. “We’ve never had as many people in the hospital as there are tonight,” he said Monday.

It’s true that rural Nevada County is nothing like urban Los Angeles County, and there is certainly room for debate about whether a one-size-fits-all strategy for fighting COVID-19 should be deployed statewide. But Nevada County, with 183 confirmed cases and the number doubling every 21 days, isn’t Modoc County, which remains untouched by the coronavirus.

So, obviously, allowing students back into classrooms in much of the state, and requiring only temperature checks and frequent hand washing, isn’t modeling “courage and persistence.” It’s modeling fear and denial — which is exactly how California got here again, with about 80% of the state’s population forbidden from going about their everyday activities and hospitals approaching capacity.

Many of us do wear masks and practice social distancing. And while we would like to ignore the Californians who refuse to do either, we can’t.

As much as I hate that insipid, celebrity-narrated series of public service announcements, it’s true that we all are, indeed, in this together. No matter how many people die of COVID-19, a sizable segment of Californians remain undeterred by the risks. And people can and do travel, posing a danger to all of us when preventive measures, such as wearing a mask, are shunned.

With schools now closed in Los Angeles, expect a ripple effect of parents having no choice but to leave the workforce after having to choose between child care and holding down a job. Hundreds of thousands have lost their health insurance and will continue to do so without more intervention from the federal government.

Just as many Californians might lose their housing, once courts can again process evictions. And an untold number of small businesses have closed and likely will continue closing in the weeks and months to come.

Unless we can find a way to convince more Californians to take COVID-19 seriously — including our governor, who must finally step up and offer clear and consistent guidance on what counties can and cannot do — we will continue to see cycles of lockdowns and openings.

I don’t know about you, but I want off this ride. News Analysis: As coronavirus surges, so do calls for rules from Gov. Newsom on schools reopening 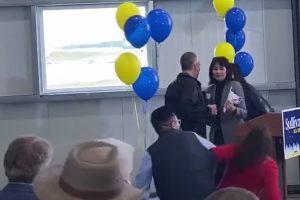