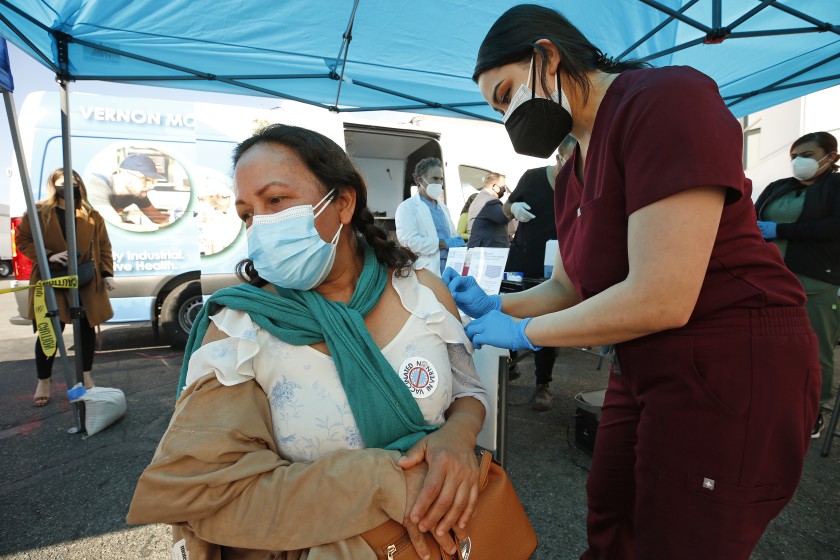 COVID-19 vaccines have gone into Californians’ arms at a record rate this week, a promising acceleration that comes even as officials continue to warn of constrained supplies in the near future and the state stubbornly lags behind many others in terms of how widely the doses are being distributed.

The last five days have seen the five highest single-day totals in terms of shots given out statewide, according to data compiled by The Times. During just that stretch, nearly 2 million doses have been administered statewide — including 344,489 on Thursday alone.

The recent torrent of inoculations, however, belies the major challenge that has and will continue to stymie the race to vaccinate as many Californians as quickly as possible, at least in the immediate future: a shortage of supply.

Those rocks in the vaccine stream persist even as California widens the pool of residents who are eligible.

Where do we stand on vaccinations?

California received 1.7 million vaccine doses last week, according to Gov. Gavin Newsom. That allotment grew slightly to 1.75 million this week and was expected to be 1.8 million next week.

While growing slightly, shipments of that size would likely not be sufficient for the state to maintain the rate of vaccinations seen in recent days.

To date, nearly 13.4 million shots have been administered statewide — almost 78% of the total supply that has been delivered to local public health departments and medical providers, according to the California Department of Public Health.

Two of the vaccines approved for use in the United States — one from Pfizer-BioNTech and the other from Moderna — require two doses, administered weeks apart. The third, from Johnson & Johnson, requires only one.

How does that compare nationally?

To date, 23% of Californians have received at least one vaccine dose — a proportion that ranks 33rd out of all states and U.S. territories, according to data from the U.S. Centers for Disease Control and Prevention.

California has done somewhat better compared with more populous states. As of Thursday, 24.1% of residents had received one shot in Pennsylvania, 23.6% in New York, 21.7% in Florida and 20.4% in Texas, CDC data show.

Nationwide, 22.7% of Americans have received at least one dose and 12.3% of the country’s total population is fully vaccinated, according to the CDC.

Roughly 11.4% of all Californians have been fully vaccinate.

Officials have expressed optimism that vaccine supplies will grow in the weeks ahead, particularly as shipments of the Johnson & Johnson vaccine, which have been interrupted by production issues, begin to arrive regularly.

President Biden said last week that restrictions on who could make a COVID-19 vaccine appointment would be lifted nationwide by May 1, as supply is expected to be sufficient to meet demand.

The U.S. Department of Health and Human Services has since issued a formal order to that effect, according to Andy Slavitt, a senior advisor on the president’s COVID-19 task force.

“Even as we take steps to expand eligibility for vaccines in advance of May 1, we continue to emphasize to states the importance of prioritizing vaccinations for higher-risk populations,” he said during a briefing Wednesday.

Who is eligible now?

Nearly half of all Californians — including adults 65 and older, healthcare workers, educators, people who are incarcerated or living in homeless shelters, essential workers such as those in the food industry or emergency services, public transit workers and janitors, and residents 16 and older who have disabilities or underlying health conditions — are eligible for the vaccine.

The list is not exhaustive, as the state continues to offer specifications for who qualifies under the various categories.

How do you get the vaccine?

Californians with disabilities or qualifying underlying health conditions do not need to present documentation of their condition to join the vaccination queue. Instead, all will be required to self-attest that they meet the criteria.

That allowance clears up confusion about how high-risk people can prove their eligibility. Advocates have long pressed for a process that would not create unnecessary barriers, especially for those who are less mobile or intellectually disabled.

The guidelines essentially place a burden of trust on residents to accurately represent their eligibility. However, some officials have expressed concern that the lenient rules could be ripe for abuse by those looking to cut in line.

Those worries don’t come out of thin air. Throughout the rollout, some people have forged documents and improperly used access codes intended for high-risk communities to try and swipe shots before their turn.

Officials are urging residents to work with their healthcare providers to seek vaccinations.

Other options include local pharmacies, local health departments, community pop-up clinics or using the My Turn website. Access details can be found: 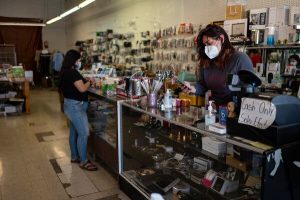 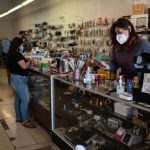 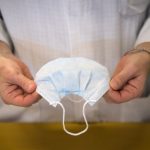 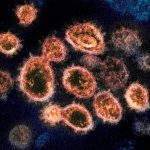