A Brooklyn plumber and failed political candidate was arrested at his home Wednesday for allegedly participating in the Jan. 6 attack on the U.S. Capitol, federal prosecutors in the Eastern District of New York said.

Daniel Christmann, 38, pleaded not guilty and was released on his own recognizance by Magistrate Judge Sanket Bulsara after a teleconference hearing on Wednesday afternoon. Christmann unsuccessfully ran as a Libertarian for a New York State Senate seat in 2020, as well for the party’s nomination for president.

Three unidentified tipsters reported Christmann to the FBI, including two who said they notified authorities after they saw photos and videos Christmann posted from the riot at the Capitol on an Instagram account called “dannyforsenate,” according to a criminal complaint.

Authorities identified Christmann in crowd photos by comparing them to pictures on driver’s licenses, his Instagram account and an NYPD mug shot taken after he was arrested on charges of criminal mischief and making graffiti last year, the complaint said.

Photos attached to the complaint allegedly show Christmann following the mob into the Capitol by climbing through a broken window.

Christmann acknowledged in multiple conversations on Instagram in the days after the attack that he had been part of the mob that had hoped to interrupt the confirmation of the election of President Joe Biden, according to the complaint.

“So you stormed the Capitol, huh?” one follower asked Christmann on Jan. 7.

“Yeah, I’m not going to lie,” Christmann responded, the court papers said. “I wasn’t one of the first people in. When (sic) realized what was happening, I scaled walls.”

Christmann told another follower that he had scaled a wall using a garden hose, the papers said. He later asked Facebook followers to delete videos from the riot after two people he knew had been arrested.

Christmann will be prosecuted in the District of Columbia. He is scheduled to return to court on Aug. 10. More than 500 people have been charged for participating in the assault on the Capitol, which began after former President Donald Trump urged supporters at a White House rally to stop the certification of the election.

In a candidate questionnaire posed on Ballotpedia last year, Christmann identified himself as a “Union Local 638 Steamfitter, not a lawyer or an entitled trust-fund baby.” His campaign called for efforts to promote homeownership and provide Brooklyn residents with affordable housing.

“I want what is best for the little guy without punishing hard work and hustle at the same time,” Christmann said. “I believe in free markets and understand that when unchecked they become so oppressive that even Communism becomes appealing.”

Busara ordered Christmann to stay out of Washington except for court hearings and to meet with his attorneys. The defendant was barred from leaving the Eastern District or travel outside the continental United States without prior approval. 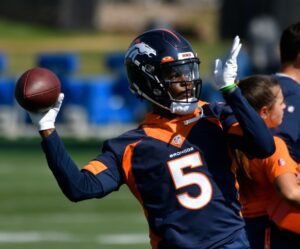 Capitol Cop Who Lied During Jan. 6 Hearing Is a Raging Leftist Who Supported BLM Riots 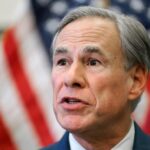 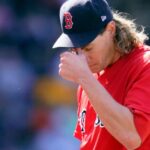 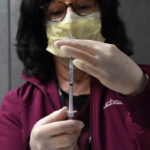