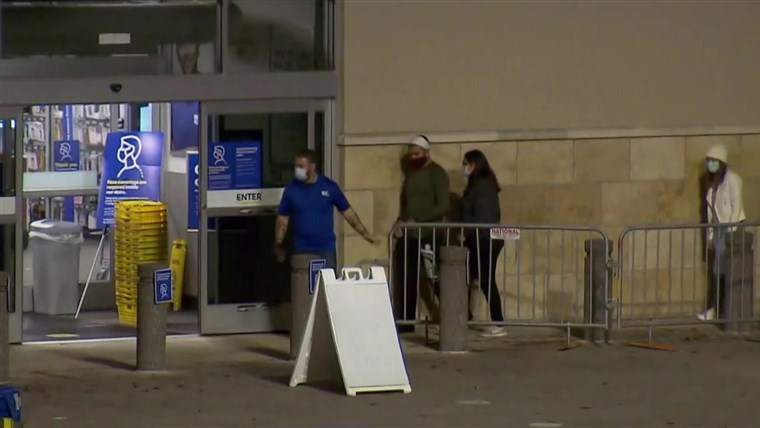 The pandemic came for our vacations, our sports and our restaurants. And now, after weeks of speculation and guessing, analysts say it’s clear: Covid-19 has also claimed retail bellwether Black Friday.

“It’s not Black Friday. It’s not people waiting in line the way we’re used to,” said Marshal Cohen, chief retail analyst at The NPD Group. Cohen said in hours of driving around retail centers, he saw lines only outside Macy’s flagship New York City store and a suburban Best Buy. “All the other stores, you would have thought it was like any other Friday in November,” he said.

The concept of Black Friday as a singular day was already on the wane for several years prior to the coronavirus pandemic: The proliferation of online shopping, combined with retailers’ desire to avoid the bad press that inevitably followed clips of brawling customers tussling over TVs, had led to a dilution of the extreme-sports nature of the day, although more than half of all the people in the country — some 165 million — were expected to hit the stores over the course of the long weekend in 2019.

This year, stores started promoting holiday sales as far back as October, and made “Black Friday” sale prices available well in advance of the Thanksgiving holiday, while Amazon switched its Prime Day shopping event from July to October. The pandemic also seems to have killed off the contentious practice of opening stores on Thanksgiving Day itself, with most major retail chains announcing 5 a.m. Friday opening hours.

“There’s definitely a pretty clear feeling that you don’t need to be out today,” Joseph Feldman, senior managing director at Telsey Advisory Group. “I think that was by design. Retailers didn’t want to create a frenzy.”

Black Friday also is getting a boost from the broader shift in consumption patterns, said Lizabeth Dunn, operating partner at Consumer Growth Partners. “There’s a return to buying things, versus these several years of consumers being just focused on experiences,” she said. “People are really craving celebration and connection, and we can’t see each other, so we kind of fall back on… stuff.”

Feedback from retail analysts as well as social media users suggested that the biggest crowds were at electronics stores, or for would-be buyers of gaming consoles. A Reuters photo posted Friday morning showed a cluster of what appeared to be primarily teens and young adults — most but not all wearing masks — crowded in front of a gaming store in a Virginia suburb of Washington, D.C.

People are really craving celebration and connection, and we can’t see each other, so we kind of fall back on “buying stuff.”

But scenes like that appeared to be the exception rather than the rule.

“I went in to our local Effingham, Illinois, Walmart around 6:20 this morning and it was DEAD!! They said there had been around 80 people in line at 5 a.m. but they were in and out quickly,” one Facebook user wrote, adding that they only saw about 20 cars in the store’s parking lot when they visited.

“I think a lot of people are going to skip going out in person this year,” Dunn said.

April Heil is one of those shoppers. “Usually for Black Friday, my family and I or my partner and I go to the mall or we go to any of the local shops around us like TJ Maxx, or shop at some of the local outdoor malls, but we won’t be doing that this year,” said the Pennsylvania resident.

Heil, 23, said she and her immediate family recently had a Covid-19 exposure scare, and even after testing negative and getting a clean bill of health, she was reluctant to venture out on unnecessary shopping trips. “This spring, it felt a little further away, but now it’s hitting really close to home,” she said.

Retailers’ concerted campaign to push shoppers to the digital arena made a significant dent in typical foot traffic numbers, although to what extent will likely be unclear until after brands tally up both in-store and electronic sales.

Even in the week prior to Thanksgiving, data from Edison Trends found that online sales in the U.S. were up on a year-over-year basis by 167 percent at Target, 88 percent at Best Buy and 80 percent at Walmart. Adobe Analytics found that Thanksgiving Day spending spiked by 22 percent to a record high of $5.1 billion.

“I think the retailers were ready. I think they had their promotional cadence set long ago,” Feldman said. “Everything we heard from those that reported earnings recently, everybody talked about November being off to a very good start.”

The ready online availability of products and prices traditionally reserved for in-store shoppers was expected to drive down retail foot traffic by around 20 percent across the U.S., said Greg Maloney, president and CEO of the Americas retail business at real estate services firm JLL.

“This is going to be a curbside Christmas for a lot of people,” he said. “We’re going to see either pick-up in-store or pick-up curbside be the preferred method when you go to a brick-and-mortar store.”

“What we’re seeing is that some retailers could see half of their online orders, if not more, picked up in stores,” said Nick Shields, consumer sector analyst at Third Bridge.

Maloney added, though, that stores are observing significant regional variations. “The other thing that’s important to point out is this is going to be geographical. I’m down in the Southeast and I can tell you just leading up — Monday, Tuesday, Wednesday — the malls and stores were extremely busy,” he said.

“I tried to go into a Best Buy this morning at 6:30 or 7 and it was pretty insane,” said David Marcotte, senior vice president of global insights at Kantar Consulting — although he added that many residents in the Tucson, Arizona, area where he is based seem to be going about their business more or less as usual.

Marcotte attributed this to a combination of locally low transmission rates and a Wild West frontier spirit. “Some of it is cultural. It’s very much a libertarian mindset,” he said.

“It’s going to be really regionally based performance levels,” Cohen said. “Obviously, case counts make a difference, and there’s certainly some pent-up demand for getting out in a safe way.”

For shoppers like Heil, though, that dynamic is still fraught with risk. “I might get online and see if I can get some of my Christmas shopping done this weekend,” she said, adding that her exposure scare had changed her perception of the holiday shopping tradition.

“This whole situation definitely affected our Black Friday plans,” she said. “I knew [the virus] was there, and it was far away, and now it’s starting to affect me personally.” 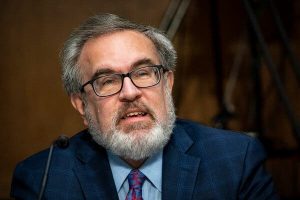 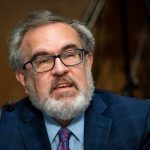 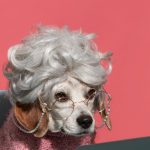 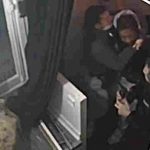 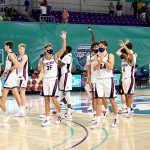