Black and Latino residents in L.A. County lag behind in getting COVID-19 vaccine The COVID-19 vaccination rate for seniors in Los Angeles County increased dramatically in the past 10 days, but disparities continue to mar the vaccine rollout as Latino and Black residents receive vaccinations at a significantly lower level than whites and Asian Americans, according to county health data released Friday.

Nearly 25% of Black residents age 65 and over, about 30,000 people, have received at least one dose of the COVID-19 vaccine, an 18-point jump from Feb. 9, according to the data released by the Department of Pubic Health. Latino seniors receiving the shot reached 29%, an increase of 14 points from earlier this month.

By contrast, 42.8% of white senior residents have received at least one shot, as have 39.4% of Asian Americans, the data show.

Since the inequities in vaccine access emerged, county and state officials have been redoubling efforts to make the vaccination process easier for seniors in communities of color. The federal government opened a mass vaccination site at Cal State L.A. that is closer to public transportation. The county has moved to open more vaccination sites in communities of color and looked to expand transportation options for people with vehicles.

But the data show that problems persist. “The findings are deeply concerning and provide further illustration of the deeply rooted health inequities that exist in our society,” said Dr. Paul Simon, chief science officer for the L.A. County Department of Public Health.

Overall, nearly 43% of seniors in the county, or 584,370 people, have received at least one dose of the vaccine.

The disparities in vaccination rates have been seen statewide.

State officials and advocates for various communities have said the low numbers have been attributed to a lack of vaccine access as well as vaccine hesitancy. Additionally, the state’s eligibility for those 65 and older automatically created an imbalance of who could receive the vaccine, since those in Black and Latino communities historically have had a diminished lifespan compared to white residents. That has been especially true during the pandemic.

The death rate related to COVID-19 for Black residents is 7% higher than the statewide rate. For Latino residents, the death rate is 21% higher, according to state data.

Black and Latino residents aren’t getting vaccinated at higher rates for various reasons.

Transportation has been one barrier, with some residents taking multiple buses to get to vaccination sites. In response, the county is exploring how to provide shuttles to residents without vehicles.

Another issue is that, although the county has expanded the number of vaccination sites in communities of color, many of those providers are frustrated because they have no control over who registers for their open appointments.

“That’s why our equity numbers are as paltry as they are,” said Supervisor Holly Mitchell, whose Second District includes many of the county’s Black residents, at a recent board meeting.

The state is working on addressing that issue by allocating specific blocks of appointments for people who live in high-density neighborhoods with limited healthcare providers, among other factors that make residents vulnerable to contracting the coronavirus.

California Surgeon General Dr. Nadine Burke Harris said Friday during a virtual townhall the lack of supply has exacerbated this problem, with people skilled at navigating the appointment system showing up in areas meant to serve Black and Latino population groups.

“So we see that, even sometimes when the vaccine is being administered in a local community clinic that has historically served communities of color, we see people coming from across town finding a way to to get themselves that appointment,” she said.

Some experts have pointed out that vaccines going disproportionately to white and Asian populations is the opposite of how shots should be distributed if the goal is to slow transmission of the virus. Outbreaks will continue if coverage is not widespread in all communities, since the virus will continue to spread in those places and then can reach others, they say.

Carpiano said that it’s common for a new health treatment or tool to not be equitably distributed, leaving disparities in who gets the new protection.

Distrust of the medical community among Black residents as well as a dearth of healthcare providers in certain neighborhoods could be part of what’s driving the trends, he said. Latinos might be reluctant to trust a government program or put their name in a database.

“It’s sadly unsurprising to me that we’re starting to see these inequities start to emerge in vaccination rates by race,” Carpiano said.

At Tuesday’s county Board of Supervisors meeting, Supervisor Hilda Solis will propose that the county Department of Public Health allocate more vaccine to independent pharmacies, faith-based organizations, schools and local clinics in communities of color by the end of February.

Some of these clinics have received miniscule amounts of vaccine. Clínica Monseñor Romero in Boyle Heights, which predominantly serves Spanish-speaking Latino and Indigenous people from Mexico and Central America, recently received only 100 doses of the Moderna vaccine from the county to treat its patient population of 12,000 people.

Solis, who chairs the board, said in her motion that equitable allotment of the COVID-19 vaccines is vital to curb the pandemic, especially in the most densely populated and vulnerable neighborhoods that have been hardest hit.

“Only with mass access and uptake of this vaccine will it reach its intended effect: to stop severe illness and death from COVID-19 so people can again safely visit loved ones, gather with people outside their household and return to work and school,” said, Solis, whose First District includes many largely Latino communities hit hard by the pandemic.

Early reports from COVID-19 vaccination sites have shown that language barriers are among the challenges that prevent effective vaccine administration to more than 4 million county residents who need healthcare services in a language other than English, Solis said.

“We must ensure that all people in Los Angeles County, regardless of race, language, documentation status, income or zip code, can get vaccinated if we hope to ever achieve a truly healthy Los Angeles,” Solis said. 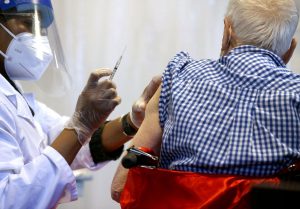 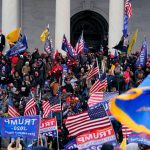 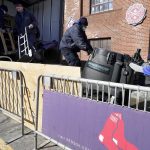 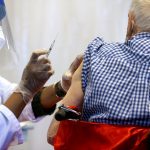