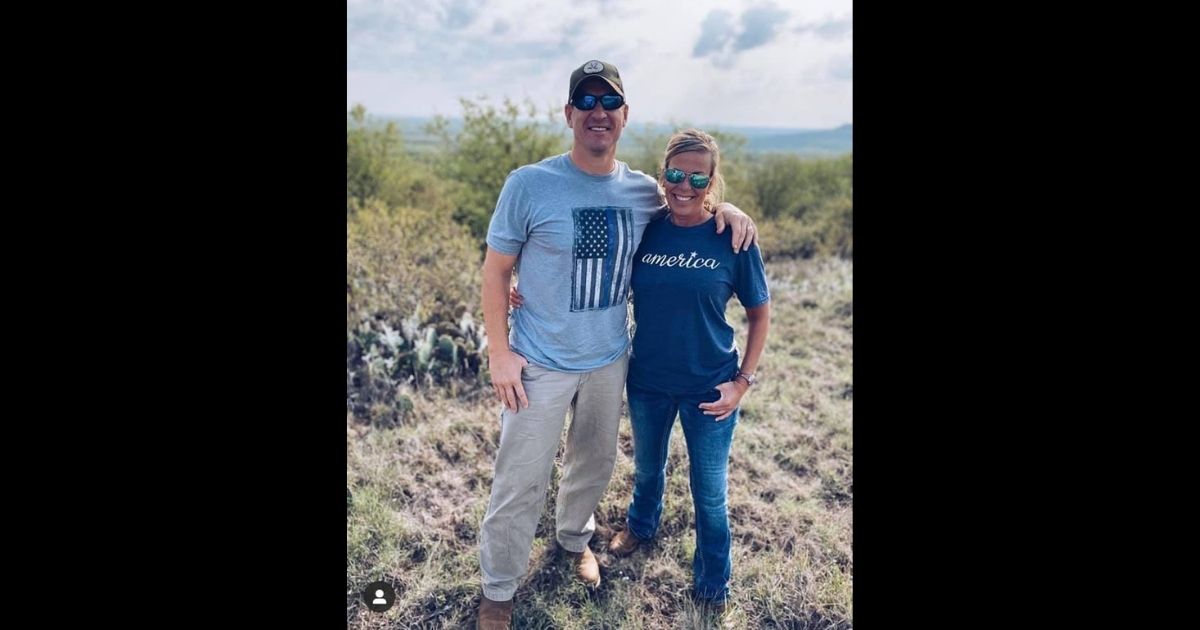 Facebook has informed a pro-American apparel retailer that its ads on the platform are permanently banned, for no apparent reason, other than they celebrated patriotism.

In recent days, Big Tech has de-platformed thousands of Americans, including the President of the United States. The message seems to be clear: a deviation away from the politics of the left will not be tolerated.

Sure, Twitter attempted to justify banning President Donald Trump from its platform last week by claiming his presence could incite violence. Arguably, Trump’s presence merely posed a threat to the monopoly of the Silicon Valley tech giant and its apparent pledge to only protect viewpoints that are sanctioned by the incoming administration of president-elect Joe Biden.

It’s a sobering time to be an American, especially if you’re one of the tens of millions of people who still value the American principles of free speech and free expression. The conservative movement is currently the target of a campaign to alienate and silence all those who stand it opposition to the institutional left’s desire for one-party rule.

But those feeling the heat from the tech censorship are not just those who openly support Trump. They also apparently include people who broadly support the idea that the country is one worth being proud of.

LeeAnn Miller, whose online clothing company PatrioticMe sells American-inspired T-shirts, hoodies, hats and other items, has been banned from advertising on Facebook. Miller explained to The Blaze that the ban actually took effect in November, prior to the current purge of conservatives.

Still, even then, she was offered no reason as to why her red, white and blue products were 86’d.

According to the online store’s website, “Patriotic Me was founded on the idea that there this is no better place on Earth than the United States. Like so many others, our ancestors came to America seeking opportunity, and the blessings which have found us are countless.”

Do you think Big Tech can survive long term without conservatives?

“Patriotic Me’s products are our family’s way of giving back to the country that has given us so much. Join us as we spread the love for our great nation, and reinvigorate the spirit of American patriotism!”

Miller explained to The Blaze how she came to operate a successful and non-partisan retailer that sold products broadly advertising American exceptionalism.

“I had been a stay-at-home mom for years, and I was glad to be back in the workforce doing a little something to contribute to my family’s income and future,” she said. “I believe in my product, I have a great product, I love the shirts, they’re comfortable. We get great reviews on them from the people who have bought them. And I really felt like I was doing something good for the country, to promote patriotism.”

But Miller’s nightmare run-in with Facebook began shortly after the November election, she said. A PatrioticMe ad posted through the business development company Quantify showed off the sharp apparel with a message.

“Loving your country shouldn’t be hidden. Check out our new line of long sleeve shirts! We have an attractive range of patriotic clothes to show that love off! 10% off on your order for a limited time! Every time you purchase, We donate a portion of it to the tunnel to the tower foundation,” the ad on Facebook stated.

That text of the ad was apparently enough to find Miller and her startup in hot water with Facebook. She was soon informed her advertising account would be disabled over an undisclosed policy violation.

She was given an ultimatum to either dispute the alleged violation or to take an online course to brush up on all of the company’s advertising policies.

“My shirts say, ‘U.S.A,’, or ‘America,’ or have the flag or outline the country. They’re all very benign,” she told The Blaze. She opted to dispute the strike against her, rather than sit through the E-course.

After some back and forth which never allowed her a chance to talk with a real human being, an automated message told her that her company was banned from advertising its nonpartisan patriotic brand of apparel — and she was never given a clear reason.

That reason is abundantly clear now: Big Tech loathes America and all who feel she is worth preserving. As the country begins to enter a new chapter, those clinging to their guns, region and outward displays of gratitude to a country that has offered them their dreams must be snuffed out.

Miller said her sales are down 94 percent and Quantify has not been able to intervene on her behalf. Without the ability to advertise on Facebook, her company appears to be dead in the water.

“I have to believe that in the current climate they were taken down because a lot of people think patriotism is bad. A lot of people think the American flag scares people. It’s really hard for me to understand, but the only thing I really have to go on is what that first email said, that I violated the policy of, you know, Facebook providing a safe and welcoming environment,” she said.

Miller’s attempt at promoting her business, which offers a portion of each sale to the 9/11 Tunnel to Towers Foundation, which offers homes and other charitable offerings to gold star families and first responders, has been foiled.

While conservatives are being suppressed on social media for posting opinions that don’t align with the politics of leftist Silicon Valley, Miller was apparently targeted for violating ad policies by simply promoting generic patriotism. A look through PatrioticMe’s catalog shows absolutely nothing that could be construed as controversial.

She and Quantify are seeking for other avenues to advise the pro-America products, but Miller questioned Facebook’s decision to turn away her business.

“Here I am willing to pay them money to run ads, have they gotten so big that they don’t even care about making money?” she asked.

Facebook has indeed gotten big — arguably too big. The company is joined by other members of the Big Tech monopoly which are making one thing clear: dissent is no longer welcome, now that Trump and the conservative moment are being purged from society.

Even Miller’s brand of non-offensive patriotism is not welcome.

Social media is quickly devolving into a bland echo chamber for the left and moderates. If what has happened to Twitter’s share price since banning Trump Friday is any indication of what is to come, Twitter and Facebook both could soon join Miller in losing big money, all because both refused to let bygones be bygones.

Facebook and Twitter have lost a combined nearly $40 billion from their market caps since Trump was exiled, along with tens of thousands of his supporters, on Friday. 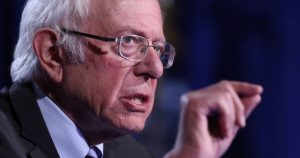 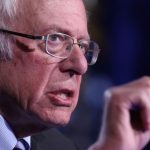 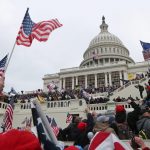 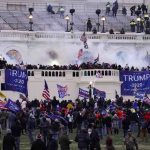 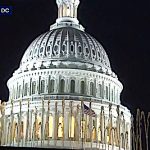 Congresswoman blamed GOP for her coronavirus, gets filmed without mask at Capitol riots